Now, not every card is available in every treatment, so I'll start with a look at the various booster products and how they are structured, then do a style-by-style breakdown of where everything can be found! Let's get to it! 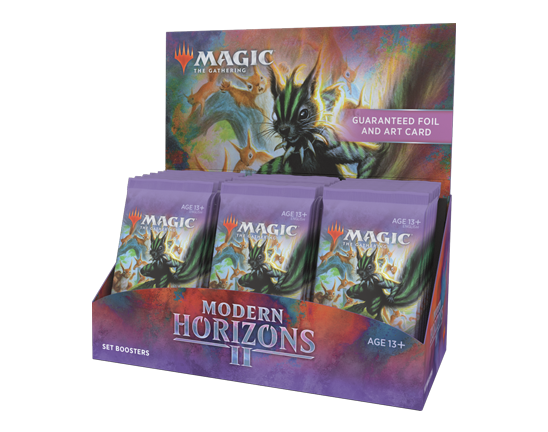 Here is a complete look at the contents of a Set Booster. 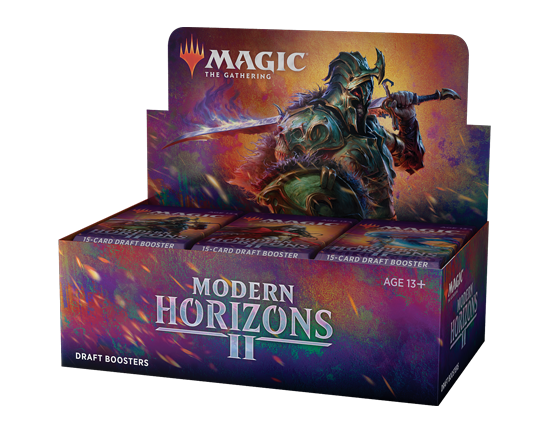 Here's the breakdown of its contents. 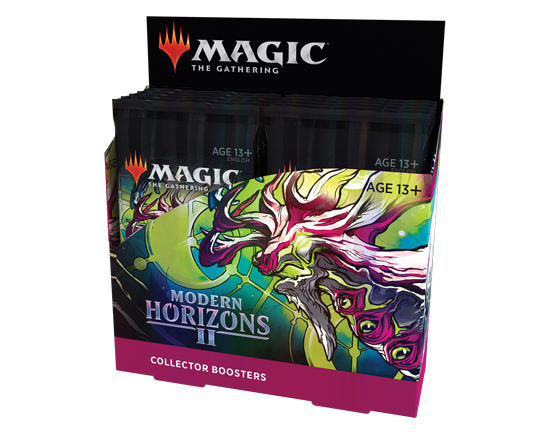 Here is a visual showing the breakdown of a Modern Horizons 2 Collector Booster: 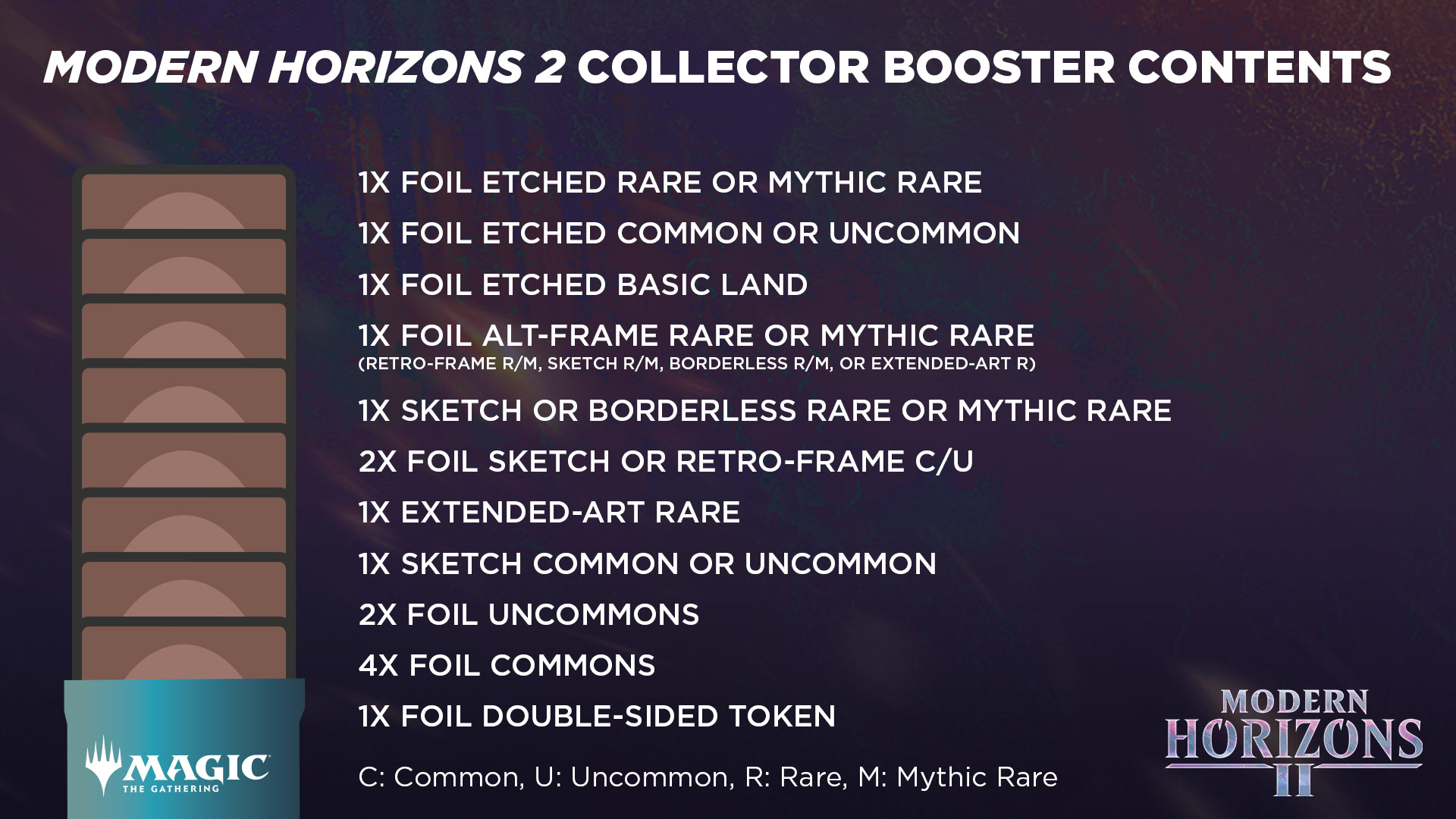 The Modern Horizons 2 Collector Booster features three foil-etched cards (one basic land, one common or uncommon, and one rare or mythic rare)! As the foil-etched treatment varies between Magic sets, you can anticipate some differences with those you'll find in Modern Horizons 2 than those you've seen in the past. We'll show these off in a variety of ways throughout preview season.

And now a look at the Foil Etched version of Rishadan Dockhand in its Retro frame! Regular and Traditional Foil versions of Retro Frame MH2 cards can be found in all boosters, but this Foil Etched treatment is exclusive to Collector Boosters. pic.twitter.com/OtCR2IrQ3u 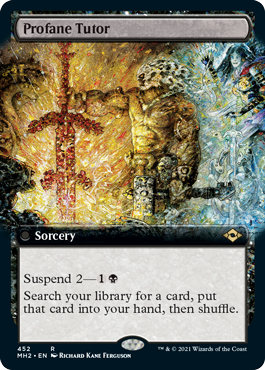 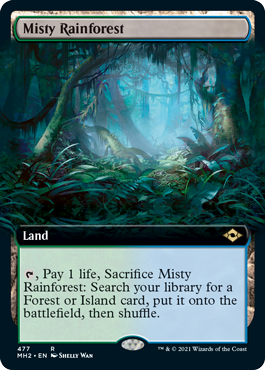 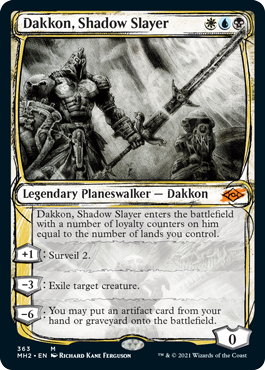 One of the coolest parts of working on Magic is seeing the cards come together throughout the process. Over the years, Mark Rosewater's articles have done a great job of offering a behind-the-scenes look at how cards evolve during the design process, and with Modern Horizons 2, we wanted to offer that same behind-the-scenes look at how cards evolve throughout the creative process. The showcase sketch treatment features a look at the in-progress artwork, alternate flavor text that highlights the art director's vision (space permitting), and a custom card frame. 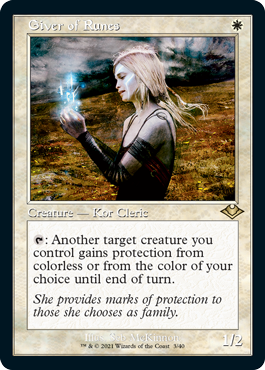 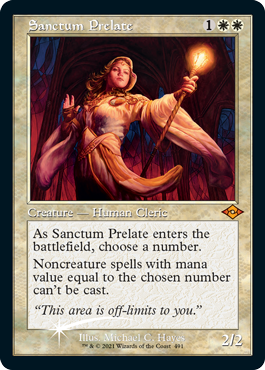 While supplies last, participating stores will have a traditional foil retro frame Sanctum Prelate as the promo card for the Buy-a-Box program. The new artwork by Michael C. Hayes in this retro frame treatment belies that Sanctum Prelate was introduced to Magic in Conspiracy: Take the Crown just five years ago. Now, with the release of Modern Horizons 2, you can add Sanctum Prelate to your Modern decks. 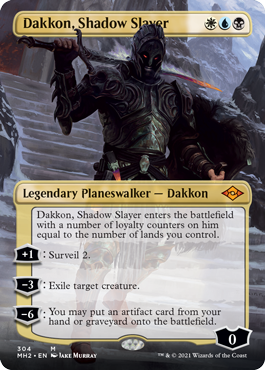 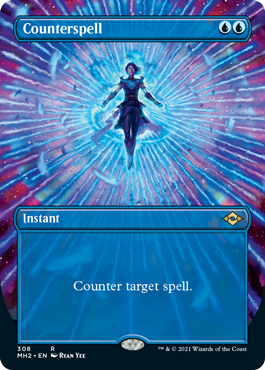 Here's a recap for where to find all these treatments: 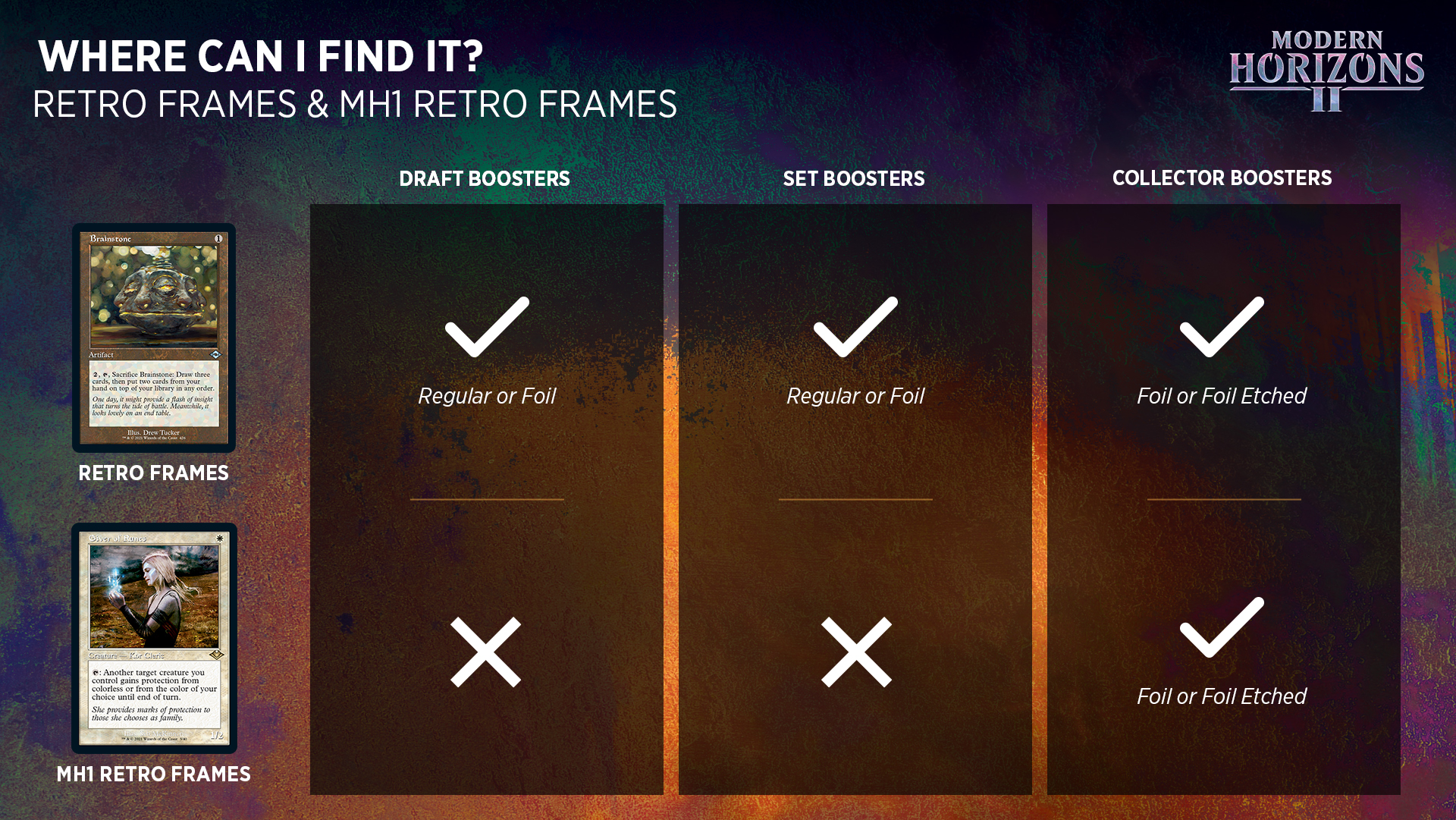 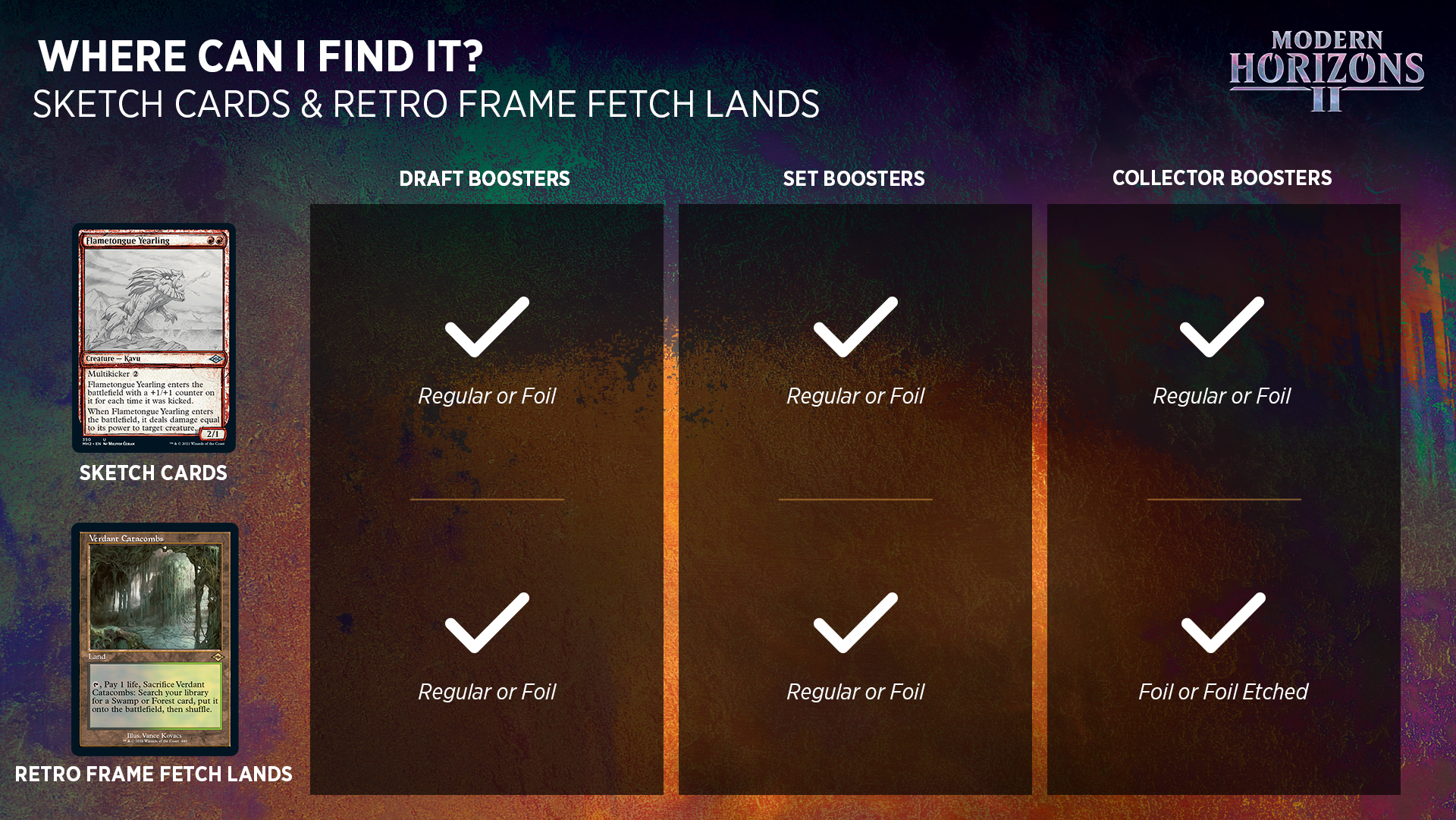 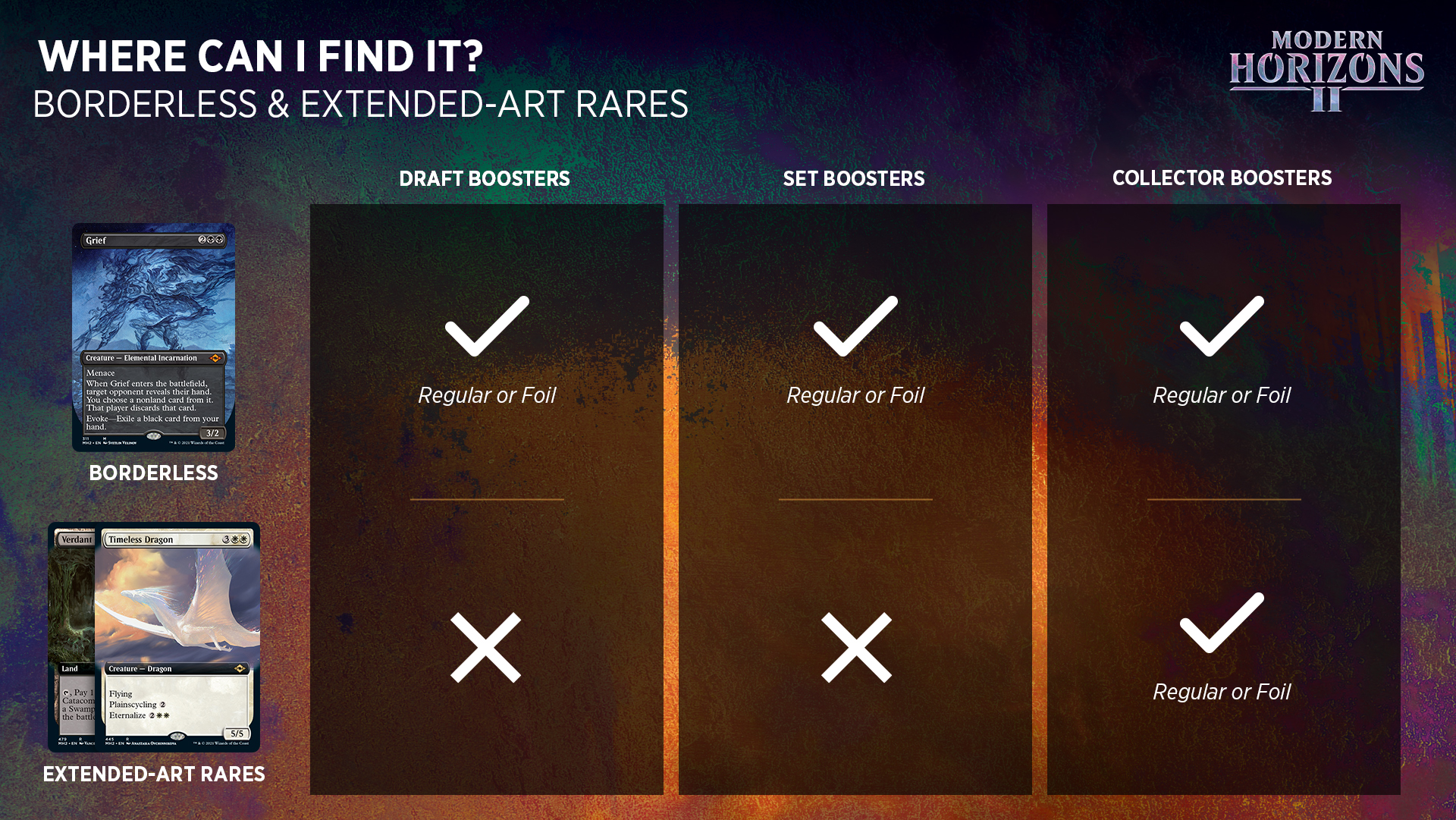 And there you have it: the ins and outs of both the Modern Horizons 2 booster products and the Booster Fun cards found within. I'd encourage you to check out The Booster Fun of Modern Horizons 2 interview with the Creative team, which does a great job of showing off and talking about all of the cool treatments within the set. Until next time, thank you again for reading, and you can connect with me on Twitter @mturian.