As we return to Magic's original plane of Dominaria, there are whispers on the wind. Some of the many familiar and, dare I say, legendary heroes of Dominaria are banding together in a new coalition to fight the Phyrexians once again, but they must do so carefully. With the Phyrexians creating sleeper agents everywhere, who knows who is friend or foe?

In Dominaria United, releasing September 9, there are so many ways for you to open up all the different legends who are defending—or invading—this beloved and historic plane, and even some ways to open up actual Legends cards from Magic's past. 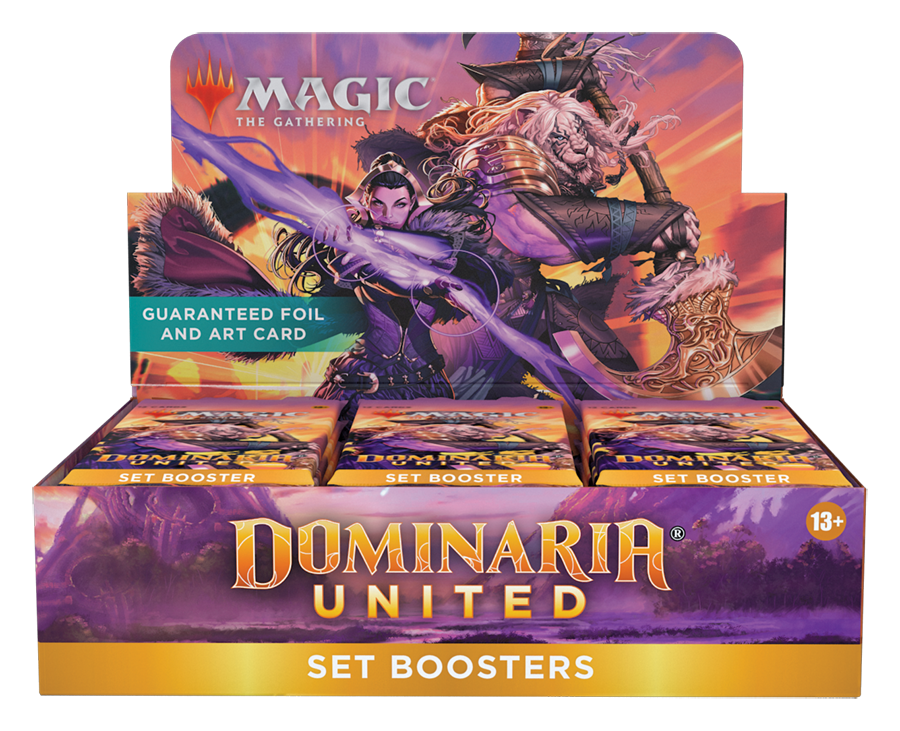 Set Boosters are also a great way to adventure through the plane of Dominaria, as all the common and uncommon cards are connected to each other, and they help tell the story of the invasion and defense of this glorious plane. Set Boosters also drop an art card, and in Dominaria United Set Boosters, signed art cards appear twice as often as in previous standard-legal Set Boosters. 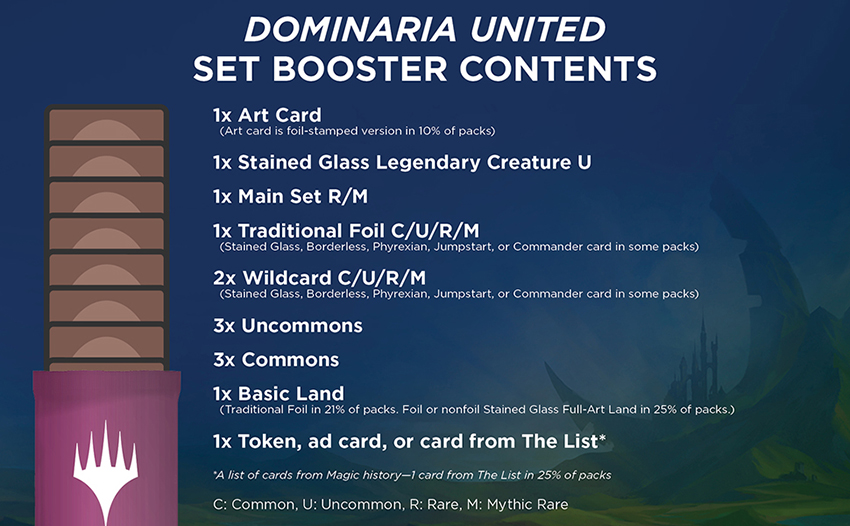 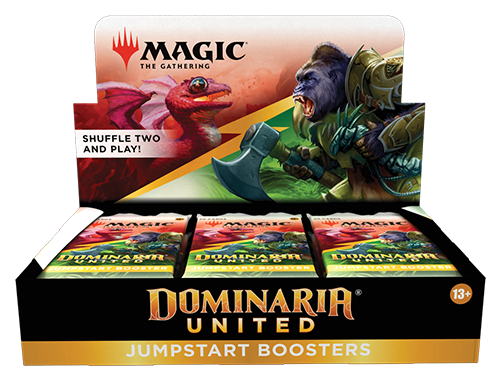 With Dominaria United, Jumpstart will release with a themed Magic set and with standard-legal cards for the first time. Jumpstart is the quickest and easiest way to play a Limited game of Magic: just open two Jumpstart Boosters, shuffle them together, and play! Jumpstart is a great sealed experience for everyone, from new players to long time Magic fans. Skip the deck building and jump right into playing games of Magic.

For Dominaria United, there are five new and rare cards that are designed for Jumpstart Boosters, one for each color, and all the Jumpstart rare cards are standard legal. Each booster will also come with another rare from the main set that is randomly selected from a pool within the theme's color pie. 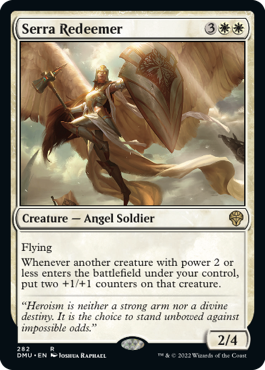 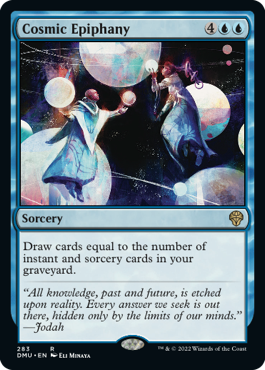 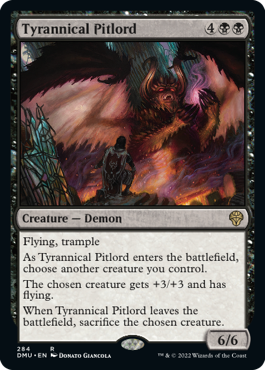 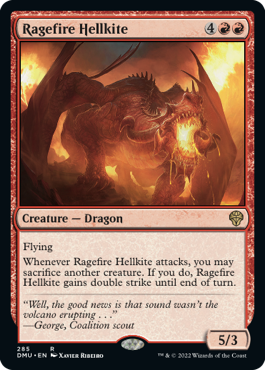 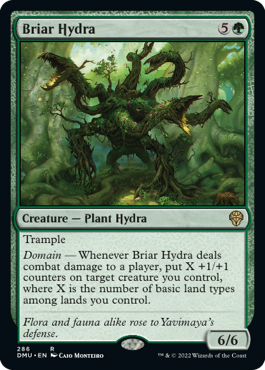 The five new rares designed for Dominaria United Jumpstart Boosters can also be found in Set Boosters, in both foil and nonfoil, as well as in an extended-art version in Collector Boosters. 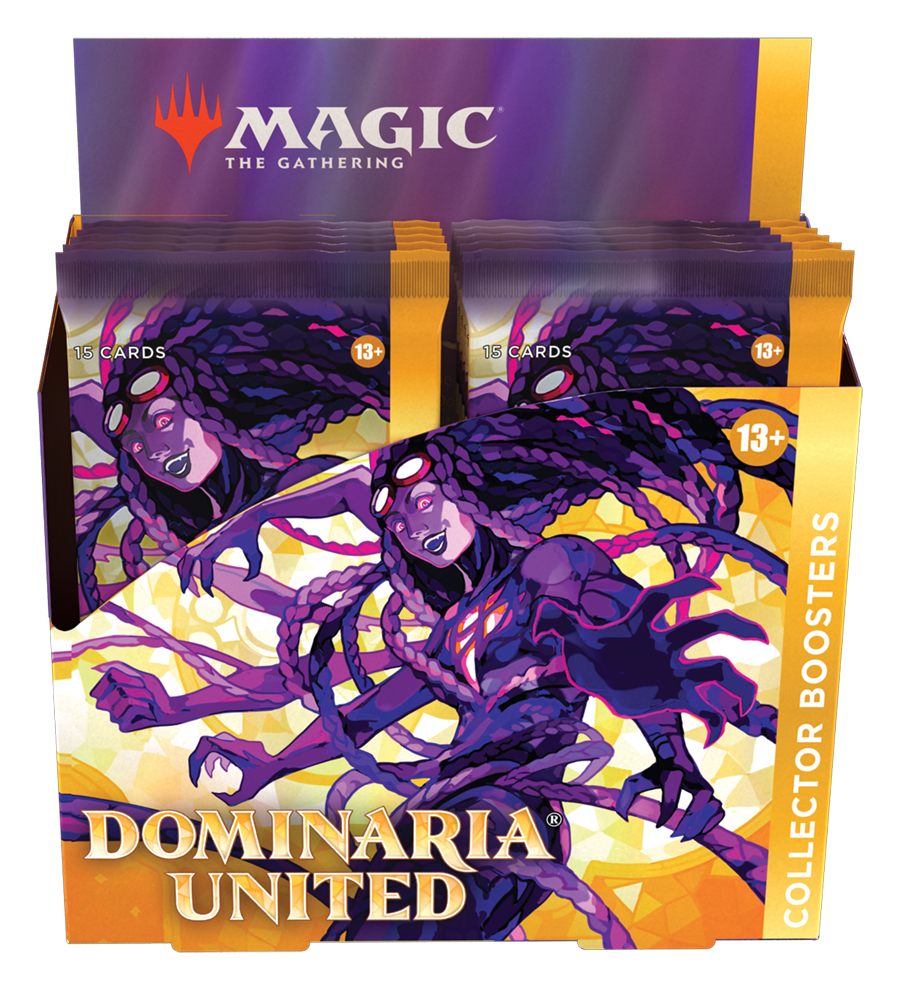 Back in 2016, members of the Magic team got a call from an old warehouse that was closing, notifying us that "they had some of our stuff." Little did we know, "some of our stuff" turned out to include cases full of Legends, and now, on the eve of Magic's 30th anniversary, we're giving those Legends back to you, available in Dominaria United Collector Boosters. The absolute thrill of opening those Legends so that they could be inserted into Collector Boosters was a special, unforgettable experience, and you can read more about it in Mike Turian's Collecting Dominaria United article.

But that's not all. Collector Boosters will still be the home of at least five rares and mythic rares in every booster, with tons of Booster Fun variants, including extended-art treatments and stained-glass textured foils.

Textured foils are an incredible new treatment that's been years in the making, and Dominaria United features a version of the textured foiling that's totally unique to the set, and they can be found in every Collector Booster. In addition to all the shiny goodies, Collector Boosters will also be home to at least two legendary creatures in every booster. 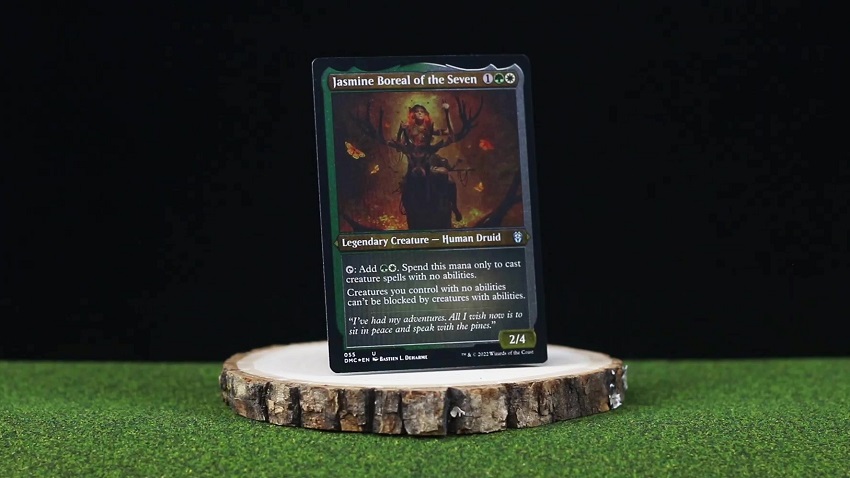 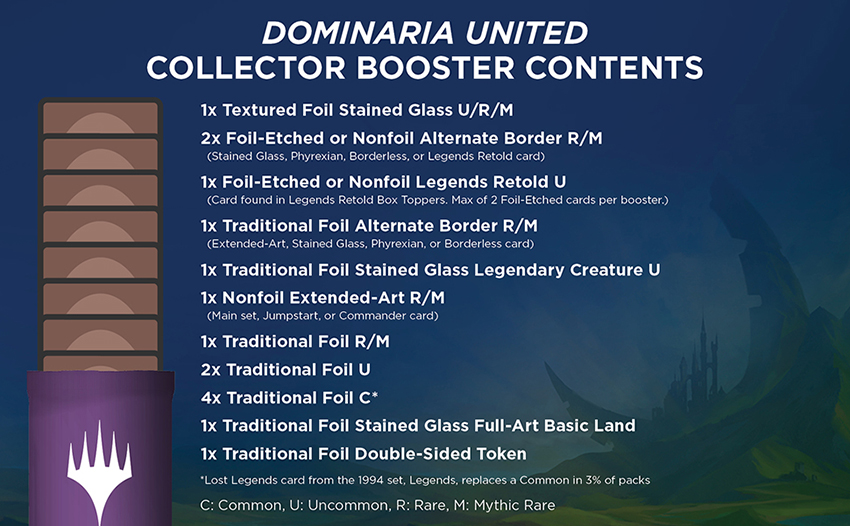 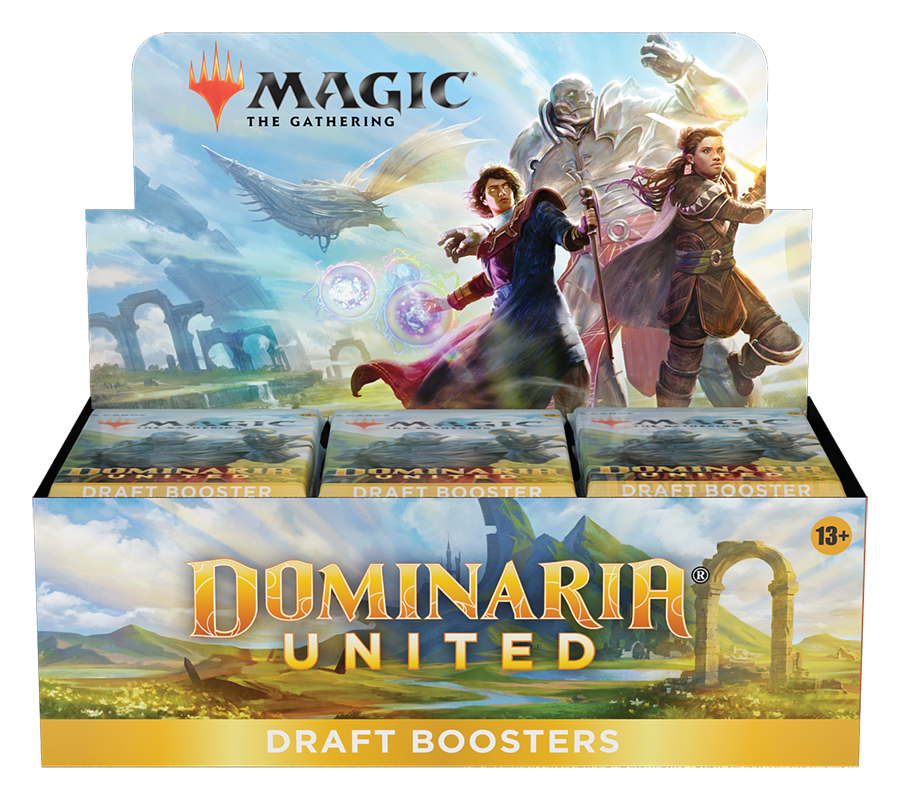 Dominaria United Draft Boosters are designed for that perfect Draft or Sealed play experience, but just like Set and Collector Boosters, every single Draft Booster in Dominaria United contains a legendary creature, perfect for defending the plane from a threat to the Multiverse. These boosters are optimized for fun and competitive gameplay, and they continue to include a rare or mythic rare in every booster, and plenty of Booster Fun treatments.

Like with Set and Collector Booster displays, every Draft Booster display comes with a special traditional foil Legends Retold Box Topper, where you can find one of 20 new legendary creatures inspired by Legends. 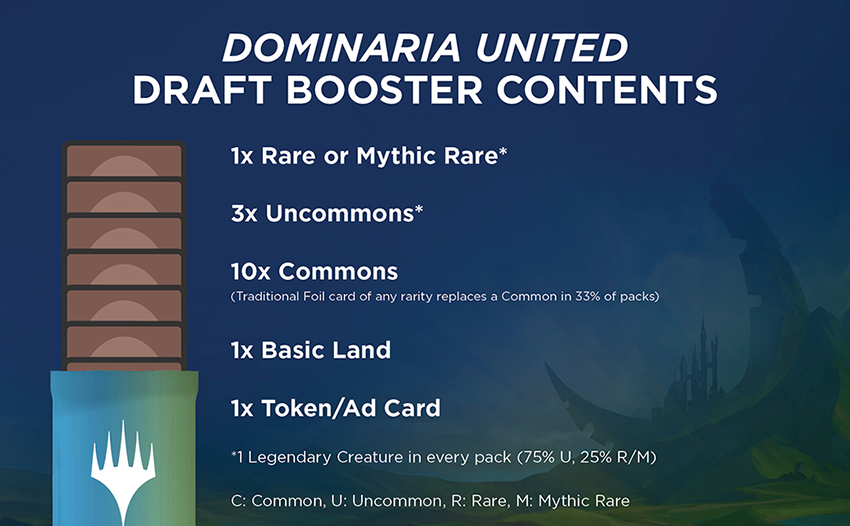 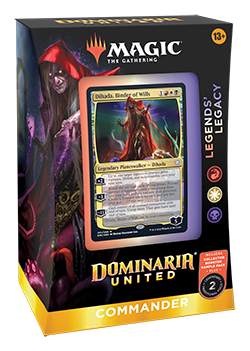 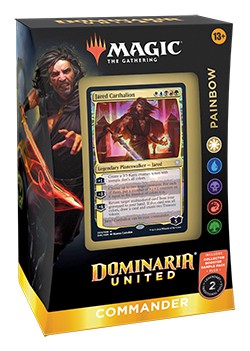 Our return to our most legendary plane meant that we had to do something extra special for our Commander decks. Both of Dominaria United's Commander decks will have planeswalker face cards and at least one other legendary creature. Play as ancient hero Jared Carthalion and prove your mastery of all colors of mana, or as Dihada, Binder of Wills and show how much legendary cards matter. Each deck comes with ten new-to-Magic cards, the face card and another powerful legendary creature each in traditional foil, plus the foil-etched display commander. 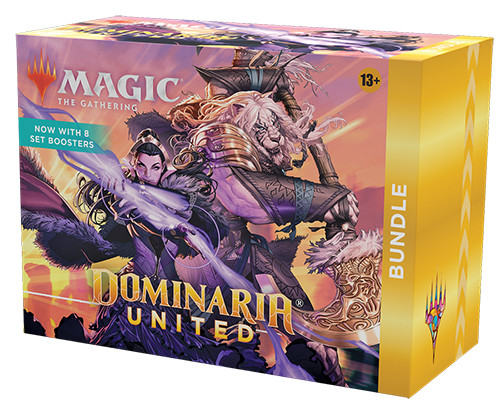 One of the best ways to immerse yourself in the lush, rich plane of Dominaria is with a Dominaria United Bundle, which has everything a traveling Planeswalker could need, whether you're seeking to ride to war with the Dragons of Shiv or plunder a Phyrexian Dreadnought with the Barbarians of Keld. Each bundle contains eight Dominaria United Set Boosters to crack open in a great box for holding your cards and displaying, in addition to: 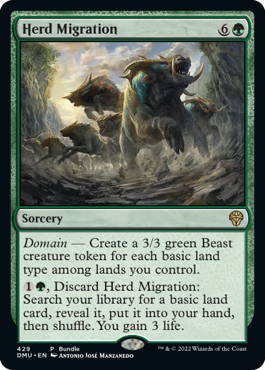 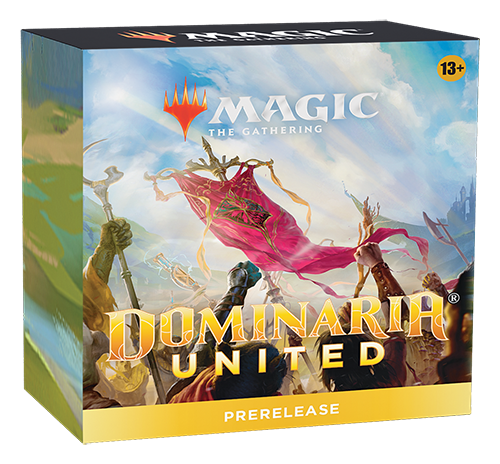 For all those eager fans looking to get a jump on the Phyrexians invading the plane, Prerelease Packs are available for Prerelease events taking place one week before the launch of Dominaria United on September 2. Get early access to six Dominaria United Draft Boosters to build your first Dominaria United sealed deck at participating retailers.

New Magic players can visit their local WPN store to receive a Welcome Booster. As we return to Magic's home in Dominaria United and begin to explore Magic's history with our next set The Brother's War and Magic's future in 2023, now is a great time to introduce a friend to Magic: The Gathering!

To get your hands on these incredible cards, you can find Dominaria United products available for preorder at your local game store and online at Amazon.