heros has a pantheon of fifteen gods, five of which appear in Born of the Gods. Four of the gods are presented here. The fifth, Xenagos, God of Revels, is talked about in the "Planeswalker's Guide to Born of the Gods". 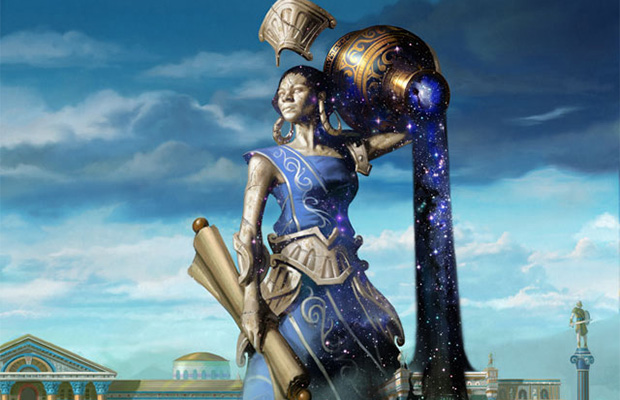 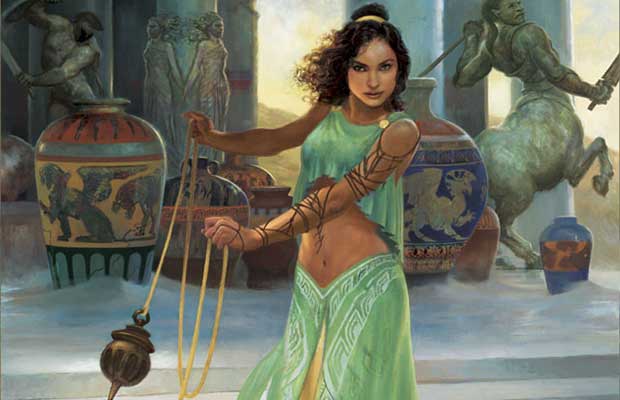 Karametra, God of Harvests: Karametra is the god of the harvest, hearth, and protection. She is a serene, wise god who values community, stability, and the balance of nature. As such, she is strongly associated with Setessa, where worship of her is strongest. Karametra is also the god of maternity, family, orphans, domestication, and agriculture, but she is not a pacifist. She governs defense of home and guarding of territory. 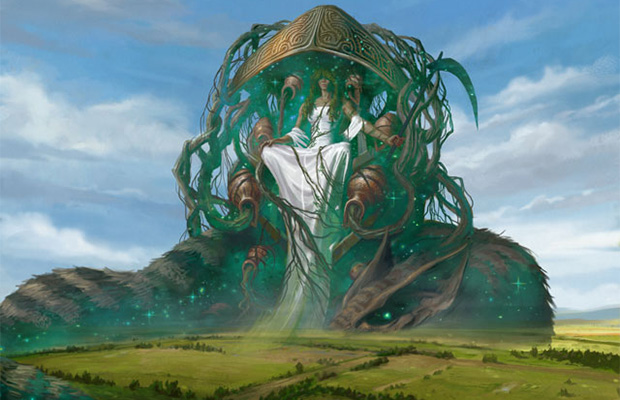 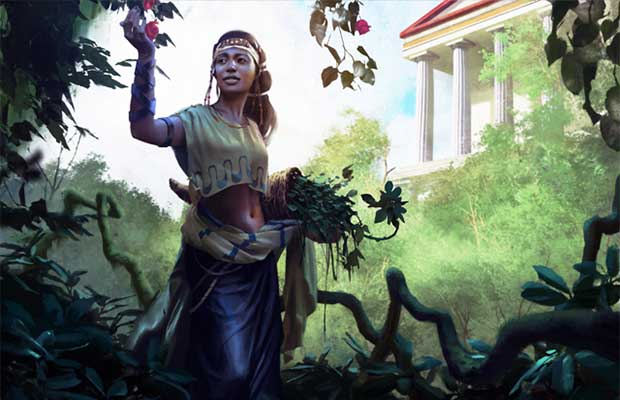 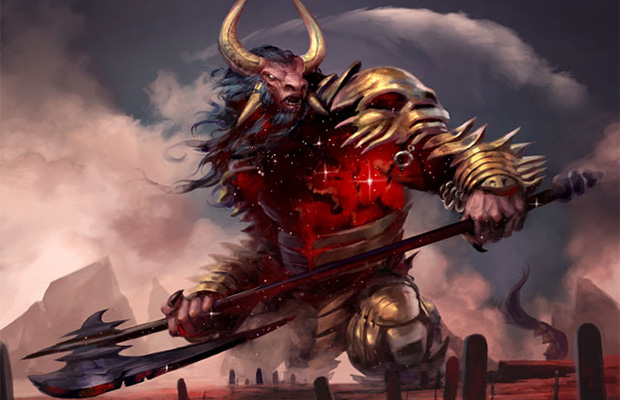 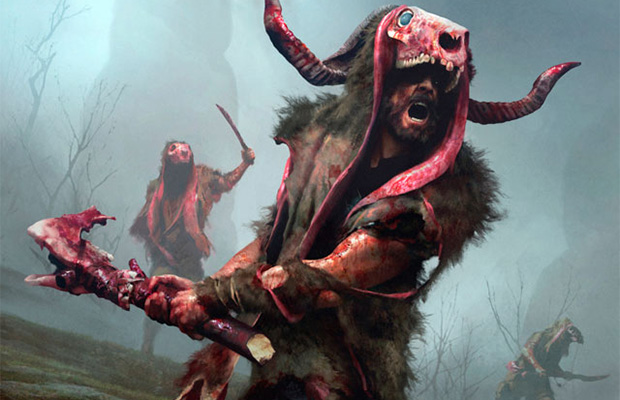 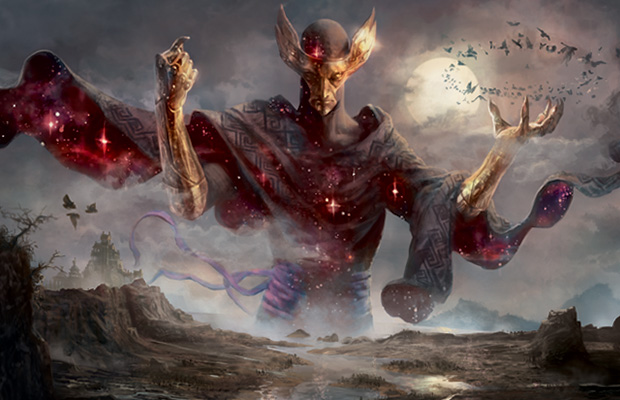 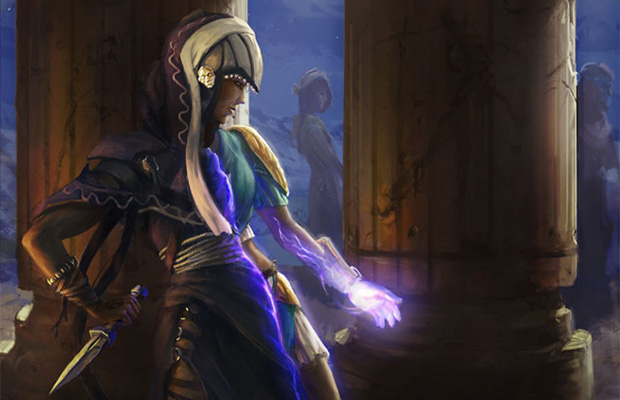