You Really Can't Win Them All 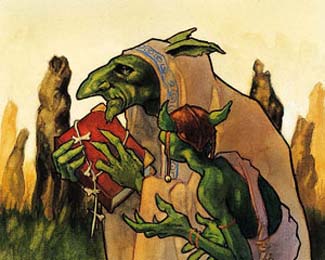 etermining if a game is more luck than skill is an exercise game critics and players often engage in. This is even more important in law: there are many places where you can play games of skill for money, but doing so with games of luck is gambling, and so is kept in the capable hands of the state.

I'd Rather Be Lucky Than Skillful

I believe that the standard dichotomy of luck vs. skill is misleading. This comparison implies that the more luck there is, the less skill and vice versa. To me, this is not at all true. The reward for skill depends on how much luck there is in a game, but a game that is mostly determined by luck can have an enormous amount of skill.

A couple of examples will demonstrate this. The first is rando-chess, which is played as standard chess, but after each turn you roll two dice. Roll 12 and you win! This game has as much skill as chess, but also a lot more luck and much less reward for skill. The second example is pikanumber, in which each player holds out a number of fingers; whoever holds out more wins. There isn't any luck in this game and not much skill, but there is a very high reward for what little skill there is—you never lose. Skillful players will always draw (unless one has more fingers than the other).

The amounts of skill and luck in a game are unrelated, though they have a related influence on the game's outcome. If you want to minimize luck, you should play the game as many times as possible. A rank beginner has a good chance of beating anyone in a single hand of poker. But string the hands into sessions and the sessions into seasons of poker, and the more skillful player will consistently win.

When it struck me that there was luck in rock-paper-scissors, I changed my way of thinking about it. As a child I had assumed it was a game of pure skill because the outcome was entirely determined by the players. Then I learned the strategy that can't be taken advantage of: choose randomly, giving each move equal weight.

There are any number of ways to choose moves randomly. I could roll dice; use the second hand of my watch as a random number generator; think of a word and count the letters in it; or try to reach a mental state in which I am a random-move generator. Even if there is not actually true randomness, it appears that way to the other player. My opponent might be able to take advantage of patterns in my play, but can't be sure of what I am going to do in a particular game. Tracking the flow of a mind is no easier than predicting the path of a set of dice.

This leads me to a utilitarian definition of luck. If I cannot predict the outcome with certainty, there is luck involved—even if I find a reason for losing after the fact. The other players planned to team up. The dice were weighted. The cards came up in the wrong order. Whatever the situation, the truly skillful player attempts to judge probability and payoff as best he or she can, and plays accordingly.

This means that by my definition there is no luck in tic-tac-toe between people who know the game. Unless a player is hopelessly distracted, the game will always end in a draw. It also means that there is luck in chess. When I play someone of comparable skill, no one can predict the outcome for certain. Against a more skilled player—even Kasparov—I could blindly walk into a superior line of play, not realizing the long-term implications of my moves.

In chess both players are exploring a game tree that neither fully knows, making moves they believe lead to favorable branches. Even if one player can see further than the other along the game tree, there is a chance for the other player. The only way chess can have no luck is if it is fully understood, like tic-tac-toe, a sterile and dead game.

Hence, any game whose outcome is not a foregone conclusion has a degree of luck. Chess and basketball allow skill to influence that luck a great deal. Roulette and slot machines allow little or no influence on that luck. But if you ever manage to reduce the luck to zero, then you have killed the game.

A Game by Any Other Name 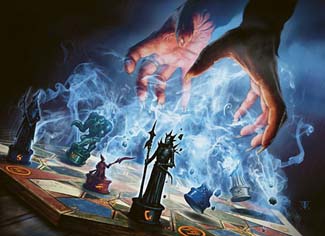 hat is the definition of a game? This question can be quite frustrating to anyone who thinks about the broad variety of games that exist. It is relatively easy to define what a movie or a book is, but the word "game" includes a seeming hodgepodge of semi-related activities. It is difficult to find one definition that covers them all while excluding things that clearly aren't games.

This is the closest definition I could find, looking in the nearest handy dictionary (The Random House College Dictionary, 1980):

A competitive activity involving skill, chance, or endurance on the part of two or more persons who play according to a set of rules, usually for their own amusement or for that of spectators.

The problem with this definition is that it doesn't include activities the game-playing community would consider to be games, such as solitary pastimes (most computer games to date), roleplaying, and cooperative games.

Other entries are far too broad to define a game in the sense I'm seeking. For example, the same dictionary also defines a game as "an amusement or pastime." This would include movies and books, and so is as imprecise as the first definition, but for the opposite reason—it isn't restrictive enough.

There was a period when I attempted to encompass all things I considered to be games under one definition, but it always ended up including things like astronomy, which clearly isn't a game in the ordinary sense.

Later I changed my tactics and excluded roleplaying from this category: it might be a wonderful pastime, but it's just too different to be considered a game. And solitary play against a computer isn't a true game, as there is no human opponent. This attitude couldn't last forever, though, because I believe language conveys meaning in how it is actually used, not how some person or reference guide says it should be used. People do refer to roleplaying and solitaire as games, and by doing so, put them in the same category as "regular" games like chess, basketball, and poker.

It is important for me, however, to refer to the class of games that falls under the dictionary definition, so my new tactic is to coin a word. I chose orthogame, inspired by the word "orthochess" used by David Pritchard in his book The Encyclopedia of Chess Variants (Games and Puzzles Publications, Surrey, 1994). Mr. Pritchard used this word to define chess played by the standard rules as a reference point when discussing chess variants. In the same way, an orthogame is a competition between two or more players using an agreed-upon set of rules and a method of ranking. It is not necessary to rank all players; often there is only a winner. So, I consider Clue to be an orthogame even though there is no way to determine who got second place.

Roleplaying games are generally not orthogames, but may occasionally contain orthogames. A roleplaying game can be an orthogame when everyone agrees, explicitly or implicitly, that the winner is whoever has the most experience at the end of the campaign. Similarly, a roleplaying session may contain an orthogame if two or more of the players compete to get the most gold, for example, on a particular adventure.

Solitaire games, or games in which the players are all on one team with a shared objective, (sometimes called cooperative games), I tend to group under the term "puzzles." It is easy to make puzzles into orthogames—players can race to solve the problem. Likewise, orthogames often contain puzzles, such as a position in chess where there is a sure way to obtain a checkmate. Roleplaying games can fall into the puzzle category if players view themselves as sharing an objective.

The line between puzzle and orthogame can be blurry when you play against a computer. It's silly to say that chess against Deep Blue isn't a game because there is no human opponent. And in a game of cutting for the high card, a computer will provide every bit as much competition as a human. Most computer games resemble orthogames played with a large handicap against a stupid opponent who never gets any better. Although many human players don't provide as much challenge as even a limited computer opponent, there is always the potential for them to improve.

In the past I have had problems when talking about games to broad groups of game enthusiasts and professionals. Some assume the topic is traditional games while others perceive a broader set of activities. Introducing the term "orthogame" does not answer the bigger question of what a game is. But it does isolate one form of game as a useful reference point, and clarifies my thinking when I discuss the topic with a disparate audience.