As the second Great Designer Search narrows down from a thousand to a hundred to eight (and eventually to one), I've been thinking a lot about Magic design, and game design in general. Are there universal principles of game design that Magic design should follow, or are the "rules" that define Magic design particular to this game, its traditions, and its principles?

And when I think "principles of game design," I think Richard Garfield. Once upon a time, he appeared semi-regularly the pages of the monthly Duelist magazine with "Lost in the Shuffle," a purposely open-ended feature that gave him a platform—a diary, really—to record and share his thoughts on Magic, game design, and games in general.

Reproduced below are two Lost in the Shuffle articles that originally ran in Duelist #14 and #16, way back in 1996 and 1997. These two aren't about Magic design in particular—for that, I recommend perusing Mark Rosewater's vast archive. Rather, these articles are about game design, and how to think about game design—helpful and engaging reading for anyone interested in the art and science of designing games. 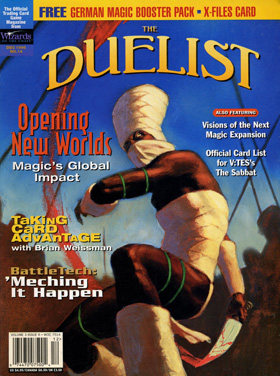 xploring the world of games has greatly enhanced my experience as a player. I think it's essential that those interested in game design educate themselves as to what has been done already and what people who have studied games have discovered. You won't be bound by these findings, but at least then you'll have something tangible to disagree with! My ideal modern "gamist" should be what the classical scientist was—an expert at everything. While this is nowhere close to possible in science, I believe it is still very manageable in games.

Have you tried Bridge? Chess? Go? Poker? Scrabble? Roleplaying? I love to explore classic games. Exploring a game involves not just trying it and deciding that you don't like it, but truly attempting to understand what appeal the game has for others. A nice side effect of this approach is that you often develop something of a taste for the game yourself.

Many times people have asked me about games they've designed, and I've looked at the designs and seen places where others had accomplished what they had in more elegant ways. As a result, any innovations were often lost in the noise. Games designed without a solid foundation in existing game design tend to require years of honing, which amounts to reinventing the wheel. I've been told by some of these designers that they don't like their thoughts "polluted" by other people's games because then they won't be able to think outside of conventional lines. But I find the cost of ignorance to be much higher than any possible gain. Game designers should train themselves to think out of the mold, but it's naive to think that you profit by not even knowing what the mold is.

I sometimes wonder, if I were running a course on games, what books would I have the students read? Precious little literature exists on gaming, but there are enough gems out there that reading is still a good way to learn about games.

The History of Card Games, by David Parlett, is an amazing source for learning about card games, starting with the origin of the deck. The way games catch on and spread and the way they mutate and die teaches us an incredible amount. The history of games is a difficult subject to write about because of the lack of documentation. In many ways, studying games is like studying folklore; you have to compose a big picture from the stories that survived, and you have to guess where those stories started and how they changed over the years. I consider most traditional games a form of folk art. 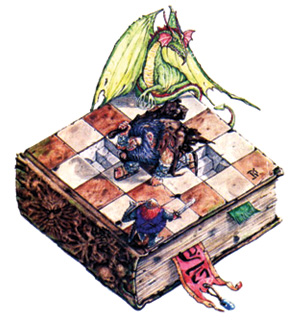 Abbott's New Card Games, by Robert Abbott, is a treasure of original card games (and one board game). Abbott gives insight into how he came up with his games and shows some truly new ways for how to use a deck of cards.

New Rules for Classic Games, by Wayne Schmittberger, teaches you new ways to have fun with the games you already know. This book is also wonderful for learning how to use your knowledge of games to create new ones. And it's beautifully written; after reading it, I felt as though I had spent a weekend chatting with a friend.

Winning Ways (parts one and two), by Berlecamp, Guy, and Conway, is a must for anyone interested in the mathematics of games. If you don't have a knack for technical language, you may not fully appreciate this book, but any willing reader can learn an amazing amount. You may even gain insight into what people are talking about when they refer to the beauty of mathematics.

My understanding and appreciation of games has increased immensely because of these books. Some of them may be hard to find, but if you're interested in games, you won't be disappointed. Remember, the way to advance games, as with any discipline, is to learn what has gone before and to build upon that foundation.

Richard Garfield trained for many years to be a professor of mathematics and was put on a new course by the success of Magic. He hasn't completely given up his roots in academics, however. 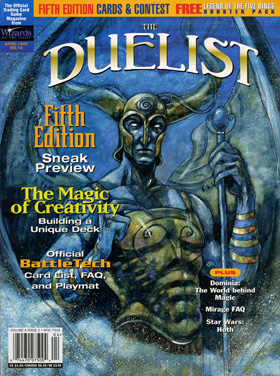 ne of the easiest ways to improve your game-playing experience is by using "handicaps." To take a handicap in a game means to play with some advantage or disadvantage. Handicaps are often used in games played between people of disparate skills. They help to make the game more fun for all players, not just the best players.

I've been thinking about handicapping lately because I have been playing Warcraft II a lot, and the disparity in skills between players I play with is profound. We play the game with teams, so the most obvious way of handicapping is by evenly distributing less experienced players and more experienced players on the teams. Teams are often difficult to balance, so we sometimes compel one or more players to play Humans instead of Orcs (which is regarded as a handicap around here). Or we'll give one team fewer people. Or give a person or a team a head start.

I have found that I want to keep my status as a weaker Warcraft II player, not so I get a good handicap and win more often but because it gives me more freedom to experiment with new strategies. An excellent player is expected to deliver something big to the team, but as a weaker player, it is a bonus for my team when I do well.

In other games I enjoy playing with a disadvantage as well since I always love a new challenge. When I play Magic at conventions, I often simply strip a couple of starter decks, and it is amazing how many times I can still win. In the wrong environment (like a professional tournament), this is a formula for failure, of course, but usually I can challenge a good chunk of the audience.

The first game in which I really appreciated handicapping was squash. I resisted handicaps for a while, figuring that if we were playing to 15 and I began with 10 points, I could just as easily play the game evenly instead and call it a victory if I scored 5 points before my opponent scored 15. That way, I would not deprive myself of a "legitimate" victory if I could get one. When I finally gave in and decided to try beginning the game with 10 points, the whole game improved for me. Before applying the handicap our games may have run close, but only because my opponent could afford to be sloppy. With the handicap, my opponent could no longer afford to be careless; I made him work. I realized that I had accumulated some bitterness simply because it had been so easy for him to beat me. The handicap made my victories really count, and when my opponent beat me, he had worked up a decent sweat.

In New Rules for Classic Games, Wayne Schmittberger illustrates a healthy attitude about handicaps. His method of handicapping is to play games in sets of three; if one side sweeps, then the handicap is adjusted accordingly. In this way a player competes against his or her own handicap as much as against his or her opponent's.

With many games, it's difficult to impose a handicap while keeping the spirit of the game intact. For example, chess players are often handicapped by altering their starting pieces. This can completely throw off an experienced player. Also, this method of handicapping doesn't scale very well. Chess is sometimes handicapped by allowing the weaker player more time on the clock. This scales better and probably maintains the game better, but it does change the game (speed chess is a different animal from chess), and it requires a clock.

Magic is another game that is difficult to handicap. There are many approaches, most of which probably change the game experience in ways that are just too fundamental for some players' tastes. The most obvious method, beginning with more or fewer life points, has a lot of problems. It is easy to take advantage of someone beginning with 15 life, and the difference between starting with 20 and 25 is actually pretty small in most environments. Similarly, beginning with more or fewer cards is usually not very satisfying.

The best handicap in Magic probably lies in the decks you allow yourself to play. As I mentioned above, in many environments I restrict myself to two starter decks. A less extreme handicap would be to limit yourself to two of any card, to play Ice Age only, or to make yourself play with four Creature Bonds. In limited environments people often institute some form of draft at the end of a season that allows poor performers to improve their decks more than the winners.

If you consistently lose a particular game you might consider asking for some sort of handicap. There's no shame in not being the strongest player; any game of skill will have a large range of players. You can take pleasure in watching your handicap decrease as you improve, and in seeing your opponents sweat as they attempt to hold you off at a disadvantage that is harder and harder to overcome.

Though he's too modest to admit it himself, Magic creator Richard Garfield has beaten some of the world's best Magic players while blindfolded, upside-down, with both hands tied behind his back.