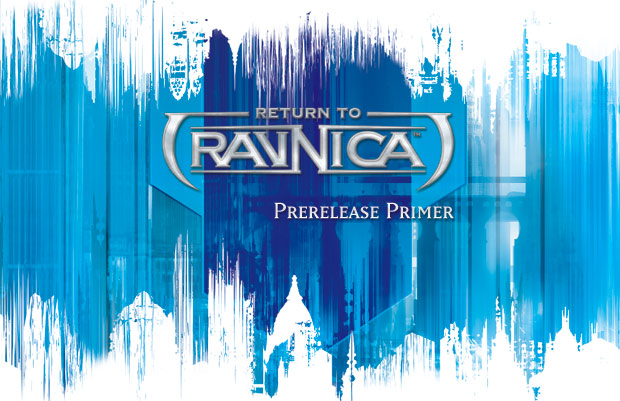 Ladies and gentlemen, the waiting is almost over. There's just a few scant days to go until you get your very first chance to play with Return to Ravnica cards, and now that the full visual card list is up on this very site, I know that I for one could not be more excited to start playing with the new cards.

The first time around, Ravnica was a planar metropolis immersed in intrigue, with ten guilds vying for ultimate control of the cityscape. While there are certainly many familiar themes, and indeed cards, in Return to Ravnica ( and friends, I'm looking at you!), I think it's safe to say the city still has its fair share of surprises. It is my job today to act as something of a tour guide to your first experience of Return to Ravnica, introducing you to every part of what promises to be a very special Prerelease.

Now, for those new to the tour bus, let me give you a brief introduction to how Prereleases work in general. The short version is that they are an awesome tournament where everyone gets to play with the cards from a new set before the cards go on general sale. This means that every player—be they a dinosaur like me who has played for most of his life, or a new player who might have only experienced Magic through Duels of the Planeswalkers—will be on absolutely level footing in terms of the cards they have access to and the amount of experience they have playing those cards. A perfect place for newer players to try out tournament play, a Prerelease is also just a fantastic place to meet more people who simply love playing Magic. 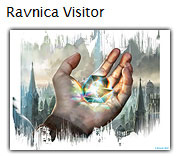 The format for Prereleases is Sealed Deck. Everyone gets six packs to build a deck with (at least forty cards, with basic lands provided). Then play begins, and after a number of rounds of play, those with the best records will win more highly coveted packs of the new set. There's no trading to build your deck—just you, your boosters, and some basic lands. Through a combination of good play, good deck building, and maybe a little luck, anyone can walk away the victor, and everyone will have a good time. 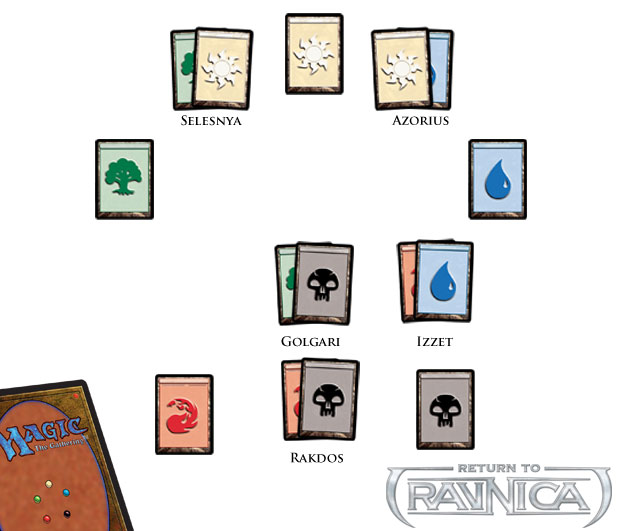 When sorting all those colors, start with the 5 WUBRG mana and add the guilds in like this. We’ll fill in the gaps in Gatecrash

It would be churlish of me as a tour guide not to provide a few signposts to the sort of thinking that goes into making a good sealed deck. Personally, I always aim at having about seventeen lands and playing mainly two colors, with perhaps just a couple of spells in a third. Of the remaining twenty-three cards, I normally want about seventeen creatures (ideally at a mix of costs, and particularly focusing on ones that are hard to block or that do cool things), and spells that ideally kill my opponents' creatures. Ultimately, my advice here is just that though, advice. Part of the fun of the Prerelease is trying out the new cards and making them work for you.

Everyone still with me? That sums up the basics of how most Prereleases work. With Return to Ravnica, things get a little bit special. You see, Ravnica is the city of guilds, and in Return to Ravnica, we meet five of the ten guilds in the struggle for power over the city. At the Return to Ravnica Prerelease, you will get a chance to join one of the guilds and battle in its name. 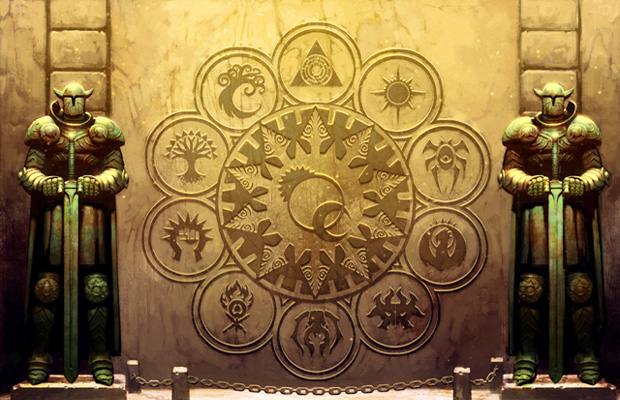 Not sure which guild to call home? Take the Quiz!

Over the course of the last few weeks, you have been introduced to each of the guilds, but let me just reiterate some of the key features of the guilds you could join for one weekend only.

The Selesnya Conclave is the green-white guild, whose members revere nature and growth, and nurture life in a way that builds a throng of creatures. Using cards like Eyes in the Skies, members of this guild can work on their mission to return Ravnica to its natural state by creating a force of creatures the likes of which the city has not seen in recent times. Populate as a mechanic can quickly produce a multitude of tokens, and don't forget that it can copy any token you might have in play—so choose wisely when you start casting spells with the Selesnya keyword.

The Cult of Rakdos is fervently devoted to mayhem and destruction. This black-red guild might have organized itself into a political unit in Ravnica, but any politics around it are well masked in anarchic tendencies that define its members. The Rakdos mechanic of unleash (as seen on Grim Roustabout) presents a devil's deal on creatures that have it. Either they can come into play without a +1/+1 counter, or with one. If you choose to make your creatures larger, they can't block. Will you choose to send more powerful creatures into the red zone, or do you need to hold back with smaller blockers? The delicious unpredictability of your next threat's strengths is a potent tool for Rakdos mages.

The Izzet League is a collection of inventors and mad scientists who are less concerned with creatures than with spells—specifically those red and blue in color. If you like making powerful and unpredictable instants and sorceries your focus, then Izzet might be the guild for you. The overload mechanic means that you can take a fairly innocuous spell, like Mizzium Mortars, and supercharge it so that rather than targeting just one of your opponent's creatures it can hit them all, even if under other circumstances they might be untargetable!

The Golgari Swarm lives (or should that be exists, as it blurs the line a little?) in the underbelly beneath Ravnica's streets, endlessly recycling the city's leavings for its own glory. Death is merely another part of life to the Golgari—whose fallen can feed those who replace them—making them relentless foes. The black-green power they hold is manifested in scavenge, a keyword found on some Golgari creatures. When a creature with scavenge dies or is put into the graveyard in any other way, you find yourself with access to a handy snack that can be "fed" at sorcery speed to another of your creatures. By exiling a creature, like Sluiceway Scorpion, and paying the appropriate mana cost, you can add +1/+1 counters to a creature you control equal to the exiled creature's power. This can present some interesting situations where you don't mind too much if your creatures get in fights in the early game and simply die, as even in death they can still have an impact on the later game.

Finally, we have the Azorius Senate, the champions of law and justice. This white-blue guild likes to maintain firm (some might say too firm) control of what is going on in the city. The senate's keyword, detain—seen on the likes of Lyev Skyknight—lets you lock away offenders for a time, bringing order to what can be a chaotic selection of foes. When a creature like the Skyknight comes into play, it can "detain" opposing permanents. This happens when the Skyknight enters the battlefield, and can't be stopped by killing the Skyknight. For a full turn cycle, the detained permanent can't attack or block (if it's a creature), or use any activated abilities. The way that you spot activated abilities is to look for a colon (which I can't write inside brackets without it looking like a smiley face). If you like the idea of keeping things on lockdown, Azorius might be for you.

Why am I so concerned with introducing you to all those guilds? Well, as I mentioned earlier, for the Prerelease, one of those guilds will be your guild. When you sign up for the event, you will choose which of the five guilds you want to play for and will receive a special delivery from the guild you have enrolled in. 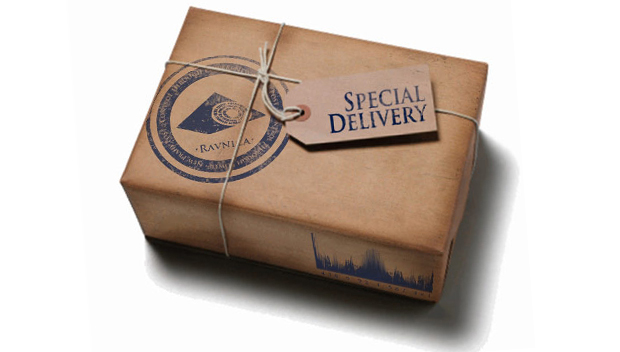 Right now, I'm not in any guild (although I'm eying a few), so I can't tell you any of the inner workings of each guild, but I do know a few things about what that special delivery will contain.

There are sure to be some universals at every Prerelease. In Return to Ravnica, where guild identity and color balance are going to be very important, you should almost certainly look to what color fixing you have to help you build the most consistent deck possible. Every deck could have access to some number of Gates, and with both Gates, like Golgari Guildgate, and creatures that like to have Gates with them, like Ogre Jailbreaker, it makes sense to use your fixing wherever you can to help you cast the most powerful spells you can.

Another universal to bear in mind for the Prerelease is that this is one of the most fun events of the year, and that everyone there will be playing to have a great time. Come along. Battle with friends you know and those you meet on the day. Support your guild, both in which guild you pick at the Prerelease and by what guild you are on PlaneswalkerPoints.com.

Ravnica, the first time, was one of the best sets ever created. It's time to go back, and there's only so much guiding through that I can give you—this weekend will be time to jump in.