he time is nearly upon us. The fractured plane of Alara is beginning to coalesce on our collective consciousness, and this Saturday we'll get the first chance to see how Shards of Alara plays at the Prerelease. I hope that you've been paying attention to the previews right here on magicthegathering.com, as those little peeks should put you in great stead for the upcoming weekend. Check out the Shards of Alara Visual Spoiler, which has all the previews you might have missed.

Prerelease tournaments are a mainstay of the Magic calendar, and with good reason. Everyone likes to be in on the scoop, and with the opportunity to play with cards that haven't even been released yet, playing in a Prerelease puts you in a pretty unique position compared to much of the rest of the Magic playing that you might get up to. Nobody has much of a leg up when it comes to knowing the cards, and everyone will be out to see how quickly they can adapt to the new plane.

Of course for this prerelease, we have the five planes that make up Alara to concern ourselves with. How to solve a problem like Alara? Hopefully I'll be able to help. 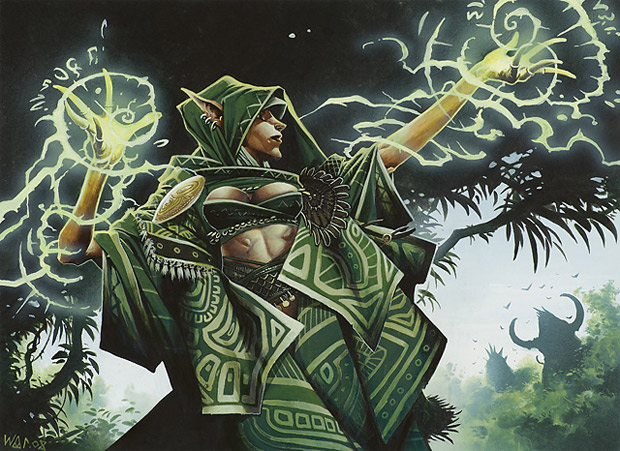 The Prereleases from this set onwards are a little different from those you might have been to before, but a lot of the same ideas hold true. The more of your friends you can get down there, very much the merrier, and to avoid disappointment, make sure you plan out how to get there in advance—nobody wants a little problem with maps or directions to start their day off the wrong way.

There is also a hot list of things to remember to bring with you that will just make things easier. It always makes sense to have a pen and paper, and having some counters or tokens tends to be useful in most formats. While most tournament sites sell such things as card sleeves and dice, if you have them anyway, you should probably bring them. On top of that, don't forget to have some sort of a plan in terms of food. I know that these all sound like the boring bits, and they kind of are, but getting these bits right will make everything else easier. 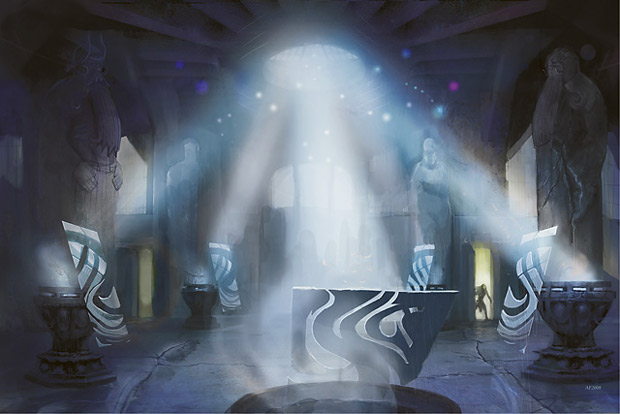 From Shards of Alara onwards, you might notice a lot more Prereleases being run at a shop-by-shop level. It should be easier than ever before to make it to your local event. Once you've got there, it should be all the easier to get a pick-up game, too.

There are two options for playing at the Prerelease: Sealed Deck and Open Dueling. This means that if you have any concerns about either being unlucky at opening good cards, or building a deck out of a tricky card pool, you have an option that will let you start gaming right away.

The open dueling will see you sitting down with one of the theme decks for the set (there's one for each shard) and battling against others in a similar situation. This is a great way to get a really good feel for how each of the shards ticks, and perhaps begin working on a new deck for constructed events. If you have already seen that you like the look of, for example, Esper, and its new take on artifacts, then there is a good chance that you'll be able to go all-in on Esper from the beginning, and dive into it in a way that might prove tricky in sealed deck.

Open dueling is probably the best possible way to kick things off if you are new to Magic, as it means you can get started and playing straight away, without having any tricky deck-building decisions. Just remember, the booster in your Intro Pack isn't part of your deck—set it aside and open it later. For more about open dueling, including a look at some of the foil rares from the Intro Packs, check out Brian David-Marshall's article from last week. 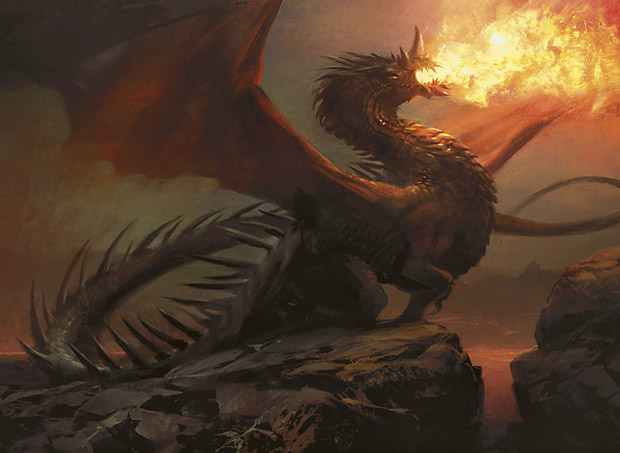 For me, the Sealed Deck competition will probably be my event of choice. Especially when there is a whole new block of cards to look at, I like the challenge of seeing what I can do with a limited card pool and limited information. But that doesn't mean that I won't be open dueling. This way around, there is never a good reason for me not to be playing, and I'll get to see that many more cards.

The one big thing to remember about double-dipping events is to make sure that you don't get confused about which cards are what. Putting cards from either of your decks into the other is against the rules and will get you in trouble with the judges. I'm planning on bringing some spare deckboxes and two different colours of sleeves just in case.

My plan for Sealed Deck is comparatively simple. I'm going to be building a 40-card deck, which will probably focus on one three-color shard for consistency's sake. With about 17 lands and 23 spells, I'll be prioritising ways of killing opposing creatures (which normally help you not lose Limited games), and creatures that are hard to block, like flyers (to win those Limited games). I don't have a strong preference for any one shard yet (though some of the preview cards have looked very tasty)—I'll probably go with whichever colours seem the most powerful in my pool. Trying to be too clever in the Sealed Deck is something I'll probably leave to someone cleverer than me. If you build a nice consistent deck then you can't really help but have a good time, as you have the least to worry about in terms of mana issues. 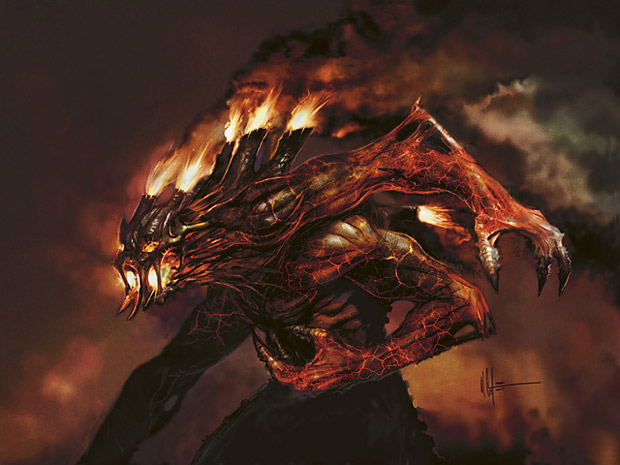 If everything goes really well, then with a bit of luck I should win enough boosters to be able to play some more Shards of Alara Limited in the evening with the packs that I've won. One way or another I'm sure to see a whole lot of cards, which is kind of what the Prerelease is all about.

In the vein of seeing things in advance, I also have the great privilege to show you a card that you are very likely to come across at the prerelease. This is a powerful common that you can use quite happily in a number of shards, but that really shines if you get your colours just right.

Yes, that's right, this blast from the past, while it can quite happily deal three damage, marks the return of cycling. For those of you who haven't played with cycling before, it is one of those abilities that is a firm favourite of Limited and Constructed players alike. A card with cycling can either be played as normal, or you can pay its cycling cost to discard it from your hand and draw a card. You can cycle a card any time, including at the end of your opponent's turn right before you untap. Most cycling cards have a cycling cost cheaper than the cost to play them and don't do anything special when you do.

Where things get really interesting is that Resounding Thunder has an ability that triggers off of cycling it. If you get up to eight mana in your Jund deck, then when you cycle this bad boy, you get a big bad effect. Dealing 6 damage to target creature or player plus drawing a card is none too shabby.

Now, there are a few little rules issues with this. If you cycle this one (which, remember, is done at instant speed), then you have to choose a target and deal some damage. Given that Resounding Thunder can target players, it is not too big a worry, but you do need to target something. The upside, though, as if you needed another, is that because the burn when you cycle Resounding Thunder is a triggered ability, it is not something that can be countered by spells like . You aren't playing a spell—you are just cycling it, and watching your opponent take a surprising amount of damage. 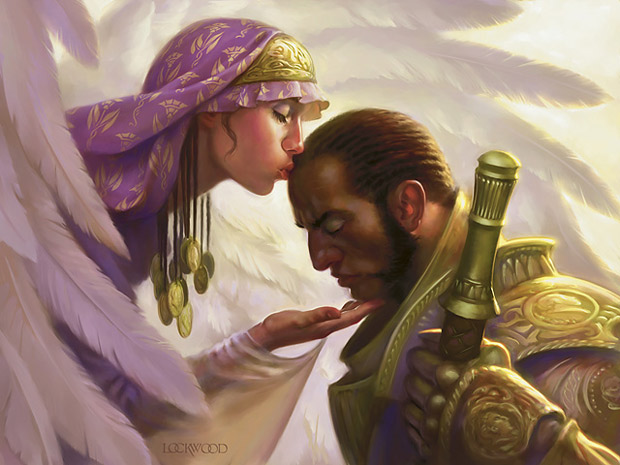 This is a burn spell I can really get behind. In Limited, I am always happy with a 3-point instant speed burn spell for three mana. Having the potential to sometimes double up and draw a card is just gravy. In Sealed Deck, it shouldn't even be that hard to get to eight mana. While there are some formats where considerations like bluffing and retrace mean that you are inclined to hold back on land, , playing out your land when you draw it might well be a good idea in Shards of Alara.

Are you planning on going to your local Prerelease? Are there any particular cards that you are hoping to open that you've seen so far? Let us know in the forums! I know that I'll be there from doors opening at my local store, and will probably be one of the last ones out of the building at the end.

Have fun at the weekend!