Normally, mana is something you build up over time.

You play a land per turn, and maybe even accelerate with a touch of artifact mana like Manalith or ramp spells like Rampant Growth. Once you have six mana, you're likely to maintain six mana.

But Ixalan adds a new wrinkle: temporary mana—or as we know it, Treasure. 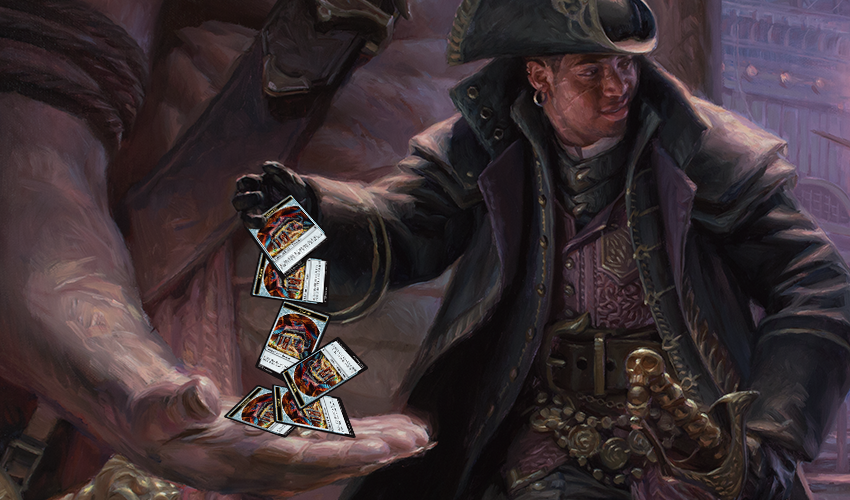 Treasure gives you in an interesting quandary: Is this mana going to be better spent now, or later? It's a pretty new question—and can make a big difference in the outcome of a game.

But when is the right time to spend it?

There's going to be some situations where it's pretty clear. For example, if you have five lands and a Colossal Dreadmaw in your hand with nothing else worth saving up for, then you should definitely crack open the Treasure vault.

Some other situations are a bit more nuanced. Let me set up a board state for you, featuring a problem you will run into variations of countless times in drafts.

You're playing a red-green Dinosaurs Draft deck. You're on the play. On turn two, you cast Wily Goblin. Your opponent passes back to you, having done nothing but play two Forests so far.

You play a Forest, so you have three lands and a treasure. Your hand is lands, plus these three cards:

What do you do this turn? On which turn do you think you will crack your treasure?

Think about it. And in the meantime, let's talk about some good rules of thumb.

This question is all about thinking ahead. Do you want to play this creature now, or something stronger ahead of curve later?

I'm reminded, in some ways, of the marshmallow test. 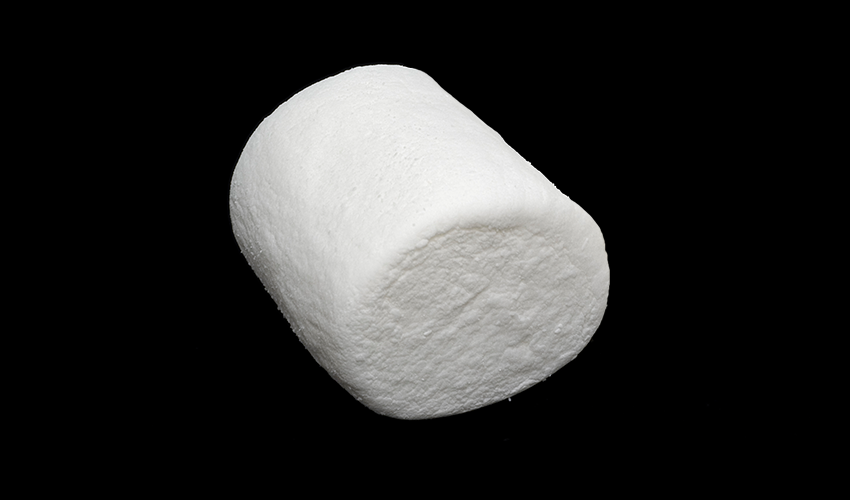 The Stanford marshmallow experiment was a psychology experiment performed with kids, where a marshmallow was put in front of them, and the kid was told that if they didn't eat that marshmallow, they would be given an additional marshmallow when the researcher came back.

The researcher then left the room. And it was up to the kid: the instant gratification of one marshmallow now, or the pure value of two marshmallows later?

All kinds of interesting results came from this study, and I encourage you to research the experiment if you want to read more about it.

Anyway, we're in a little bit of a different quandary here. You're only going to get one marshmallow, but the flavor you get will be different depending on how long you wait. Planning and figuring out what to do is important, but patience may or may not be right depending on the rest of your hand.

So, how long should you wait? It's all about thinking ahead.

With Treasure, you want to try and map your next few plays out in your mind. If you use it now, what impact does it have on your next turn? What if you don't use it this turn? There's a lot of thinking ahead and planning out your turns.

Let's talk about a few elements to consider when planning ahead.

At its core, Treasure is about tempo. You are spending a resource to get a temporary mana advantage that should push you ahead this turn.

And when you do that, the relative power of your cards when deployed earlier matters a lot.

Imagine that Grazing Whiptail is actually a 2/2 instead. (I don't know why you're playing it in this case—but hey, it's your Draft deck!) Playing that out a turn early compared to the tremendous impact that the Monstrosaur is going to have by attacking for 5 on turn four isn't even close; you should wait.

A great reason to hold onto Treasure is so that you can get a very strong, high-impact card onto the table sooner.

The big question with the opening situation is, what order lets you use your mana the best and lets you play the most powerful cards ahead of time? Thinking about the power differential between them can help guide you a lot.

Replace one of the lands in your hand here with a four-, five-, or six-drop creature, and this question becomes a lot easier.

It's likely that the higher mana cost creatures in your deck are going to be the more-powerful-when-cast ones. (That's not always true, but it's a reasonable assumption.)

Given that, if you can jump ahead a turn and play two of them back to back, then you're making the best use of your mana and presenting the best threats to the board. Additionally, it serves as a play you can make the next turn to make sure you're doing something every turn.

For example, let's say you have two Grazing Whiptails in your hand here. You can Treasure one out now, play the second one next turn, and curve out perfectly with your five- and six-drops from there.

I'll note as well that if you have a three-drop in your hand, this also becomes a lot easier. You can safely deploy the three-drop here, and then surge ahead to five or six mana on a subsequent turn.

One benefit to Treasure is that it fixes your colors and lets you play some off-color cards more easily. It is not uncommon for a Treasure-heavy deck to splash some cards of another color.

Replace that Burning Sun's Avatar with Vraska, Relic Seeker and you have a clearer story of what to do with that Treasure.

Presuming you don't have many other routes to fix your mana, then I'd definitely wait until you can deploy your partially off-color six-drop. There's a very real chance it'll end up stranded in your hand otherwise.

Now, this definitely applies to cards in your hand, which you have already drawn and will want to use. Holding onto Treasure because you have splashes in your deck somewhere, though, is less of an advisable direction to go.

Yes, you could draw those splashes later—but you also may not, and I'd much rather focus on what's in your hand and deploying those. You know for certain that you have these cards to work with; you don't know at all that you'll ever find your splash, or if you'll even still need this source of color fixing when you do.

I would not use needing to cast future splashes you may draw as anything more than a tiebreaker if you're really not sure what to do. (Unless you have a lot of cards in that splash and very good odds of seeing one—in which case, it's not so much of a splash . . . and hopefully you have more mana fixing!)

And speaking of what you may or may not draw . . .

One of the tricky things about the original situation is that if you surge ahead from three to four, that means you have no play on turn four.

That is, unless you draw one.

You do get another draw step between now and then. So, theoretically, you could find a card that costs four or less that you could cast.

This, like future color fixing above, should be a super slim tiebreaker when trying to make the decision. For this to work out for you, it means you have to draw a card that costs four or less that you want to cast during your next turn.

There will be times where you have higher odds. Maybe sometimes you'll even have a 30–40% chance if you have enough low-curve cards. But that still provides a greater-than-half chance you'll miss, which means you just made a worse play and now you are set back.

It's a great thing to consider, but I would not make it the primary reason for a decision.

The Plan of Attack

Okay, so with all of that in mind, what is the thing to do in the example at the beginning of this article?

Do you have your answer?

Depending on what's in your deck and what you know about your opponent, you could justify almost any choice here.

I would pass this turn after attacking. Next turn I would cast Grazing Whiptail if they played a creature that Burning Sun's Avatar could kill, and Charging Monstrosaur if they just passed back to me.

I really don't want to turbo out the Whiptail here. It leaves me with no play next turn, and while playing nothing here isn't great, saving the Treasure for the five- or six-drop is going to make a big difference.

If my opponent plays a creature that the Avatar can deal with (which is probably going to be most things they play that cost three), then I want to set up to cast the Avatar the next turn. If I clear their creature out, then I can slam the Monstrosaur the next turn and attack with 14 points of power on turn six!

If they don't play something, then I just want to start the ticking clock. They are unlikely to deploy one card on their fourth turn that can deal with the Monstrosaur alone, so it's probably good for at least 10 points of damage. (Whereas if they had played a creature, they could likely set up for a compelling double block next turn.)

I also want to avoid inefficiently using that Treasure!

If they don't play a creature that the Avatar can deal with on turn three, then their four-drop may not die to it, in which case I'm going to be inclined to cast a turn-five Monstrosaur instead of the Avatar—and that Treasure never helped accelerate me. That's also part of why, if they don't play a creature, I'm on the turn-four Monstrosaur train.

There's plenty to think about—and it's a situation you're certainly likely to encounter variations of if you do enough Ixalan drafts.

So what do you think? Agree? Disagree? Have thoughts? Sound off and let me know! You can reach me on Twitter, on Tumblr, or by emailing me (in English, please) at BeyondBasicsMagic@gmail.com.

May you always end up with the marshmallow you want,