The world of Zendikar is about to get a lot more interesting. The plane's already tumultuous landscape has been whipped into a frenzy by its wild and unpredictable mana, and that makes it an even more exciting—and dangerous—place to visit.

What deadly perils await you as Zendikar gives way to Worldwake? Let's take a look.

Zendikar brought back the power of kicker, which lets a spell—say, —pack more punch if you've got some mana to spare. In Worldwake, you'll have even more options. Instead of kicker, Worldwake features a new keyword: multikicker. 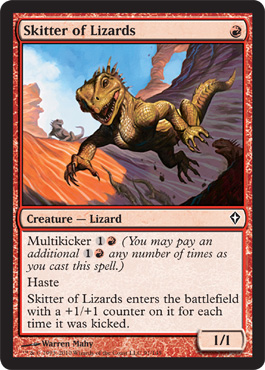 Multikicker is exactly what it sounds like: kicker without limits. You can kick a spell with kicker once, or not at all—it's a yes-or-no proposition. If your spell has multikicker, you can kick it as many times as you can afford. If you draw Skitter of Lizards early, it's just fine as a reasonably efficient 1/1 or 2/2 with haste. But if you draw it later, you're not stuck with a tiny creature. How big will Skitter of Lizards be? That depends on you.

As the set's name hints, the land itself is waking up and entering the fray. When mountains are sailing overhead and plains are standing on end, you'll want to call on some land of your own to join the fight. 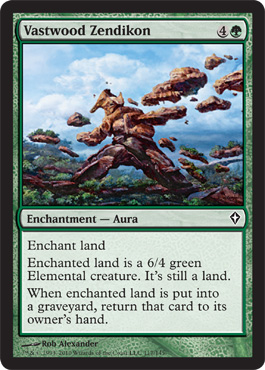 How about Vastwood Zendikon? This green Aura can enchant any land—not just a —and turn it into a monstrous 6/4. At , it's cheaper than a , and if you cast it enchanting a land that you've controlled since the start of your turn, you'll even be able to attack with it right away. If the land it's enchanting goes to the graveyard, your Zendikon is out of the fight, but the land will jump back into your hand, ready to get back in the business of tapping for mana ... or, say, triggering landfall. Speaking of which ....

Landfall returns in Worldwake, so you can look forward to seeing more cards that give you a bonus when a land enters the battlefield under your control, in the vein of or .

But not all of Worldwake's landfall cards follow that familiar pattern. Some of them look more like this: 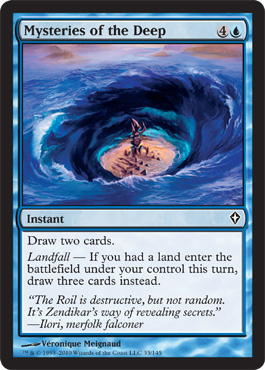 Mysteries of the Deep is an instant, so you can cast it pretty much whenever you want for a quick two-card boost. But if it resolves when you've had a land enter the battlefield in the same turn, you get to draw three cards instead. That might mean that you've given up the flexibility of an instant and cast it during your turn ... or it might mean you've put an extra land onto the battlefield during your opponent's turn with something like or .

Amidst all those new twists, you'll still find some familiar faces. 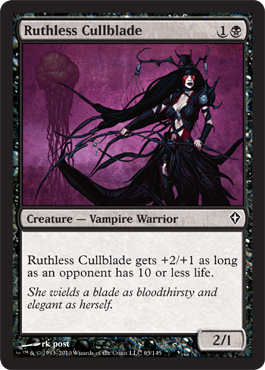 Vampires are still on the prowl in Worldwake. Ruthless Cullblade, as you can see, adds another set of teeth to Zendikar's 10-or-less-life "bloodied" mechanic. 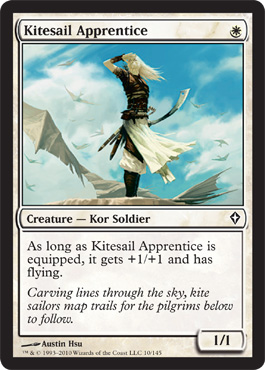 Kor are back as well. Some of them, like Kitesail Apprentice, share their Zendikar brethren's love of a good piece of Equipment. 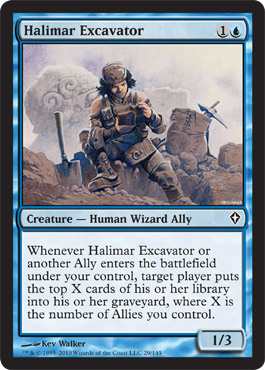 Worldwake also brings plenty of new Allies to bolster the ranks of your adventuring party. Some of them are straightforward muscle, but Halimar Excavator gives Ally strategies a whole new way to win.

So there you have it—a crash course in the mechanics of Worldwake. There's a lot more to find in the set, but consider this your expedition map as you head back out into the wilds of Zendikar.