Today's article is another trivia column. In honor of Innistrad: Crimson Vow previews starting later this week, I'm focusing my questions on the Vampires of Magic. There are 30 questions total. Record your answers as you take the quiz and check below to see how you did.

If you enjoy this column, here are the three trivia columns I've done previously:

"A Trivial Pursuit" – Trivia about sets I've led or co-led.

Two caveats before I begin. One, all of today's questions are accurate as of the release of Innsitrad: Midnight Hunt. Two, none of the questions refer to any creature with changeling or one with all creature types. When I talk about Vampires, I mean they have the creature type Vampire in their Oracle wording.

In which set was the fifth Vampire that had the word "Vampire" printed on its type line published?

What was the first legendary creature, when printed, to count as a Vampire for tribal purposes?

Which of the following Vampires has art that was part of a larger painting in which a different part of the larger painting was used for the art of another card in the same set?

What was the first creature type printed on a card alongside Vampire?

How many characters have two or more legendary creature cards where at least one of the cards is the creature type Vampire?

Which creature token has never been created by a Vampire?

Which keyword is not the only word to appear in the rules text of a Vampire?

What was the first Magic expansion to have two common Vampires?

Which letter does a Vampire card name not start with?

Which set is Vampire Nighthawk not in?

Who is the only survivor of the first generation of vampires on Zendikar?

How many creature cards in Magic permanently grant +1/+1 to all your Vampires (not counting themselves if they're a Vampire)?

What was the name of original Innistrad's Vampire preconstructed deck (then referred to as Intro Packs)?

Which Innistrad set had a vampire as the focus of the art on its (Draft) booster box?

Which commander color identity would give you the most Vampire choices for your deck?

What relation is Sorin Markov to Edgar Markov?

What can't you find on the backside of a mono-black Vampire card?

The vampires of which plane regularly undertake the Blood Fast?

Which creature type does not appear with Vampire on a card?

Which color combination doesn't have a legendary Vampire?

Which of the four bloodlines of Innistrad has the most cards with its name in the title?

What is the greatest number of words in the name of a legendary Vampire?

Which word in the Oracle text of Sengir Vampire doesn't appear in the rules text of the original Limited Edition Alpha version?

Which set was turned over from design to development with no Vampires at common or uncommon?

Which of the following abilities has never been on a Vampire?

Which set has a Vampire with the following rules text: "Each creature you control is a Vampire in addition to its other creature types."

"If you're not having fun, what's the point of living forever?" What Vampire from original Innsitrad has this flavor text?

On what plane have we not seen a Vampire Knight?

How many Vampires have the word "blood" somewhere in their title?

Once you've finished all 30 questions, click below to see the answers.

The first card printed with Vampire on its type line was Sengir Vampire in Limited Edition Alpha in 1993. The second was Krovikan Vampire in Ice Age two years later. Ravenous Vampire was then printed in 1996 in Mirage. A year later in Tempest, Skyshroud Vampire was the fourth one printed. It wasn't until 2001, eight years into the game, that the fifth (and sixth and seventh) card with Vampire was printed in Odyssey. Those cards were Repentant Vampire, Stalking Bloodsucker, and Vampiric Dragon. Years later, we did do a creature type update that added Vampire to several early cards that had a vampire flavor.

At the time Crovax was printed, Legendary was a creature type, Legend, and creatures, with rare exceptions, only had one creature type. To make Crovax a Vampire, it had to have the text "Crovax the Cursed counts as a Vampire" in its rules text.

Repentant Vampire and Gallantry were both part of a larger piece of art drawn by artist Mark Tedin.

The first Vampire to have a second printed creature type was Vampiric Dragon from Odyssey. There has not yet been a Vampire Bat printed, although Screeching Bat // Stalking Vampire from Innsitrad is a Bat on one side and a Vampire on the other. Vampire Hounds was in Exodus but was printed as a Hound. During the Grand Creature Type Update, it gained the Vampire creature type (and later became a Dog). The first Vampire Skeleton was Skeletal Vampire in Guildpact.

Here are the seven Vampires (on at least one of their cards) to have multiple legendary creature cards:

Magic 2010 was the first set to have two common Vampires, Child of Night and Vampire Aristocrat.

Answer to Question #10 – a. Worldwake

Vampire Nighthawk appeared in Commander (2011), Magic 2013, and Modern Masters 2017, but did not appear in Worldwake. It was in Zendikar, the set before it.

Drana is the only survivor of the first generation of Vampires on Zendikar.

There are five creatures that permanently grant +1/+1 to all Vampires, other than themselves. They are Captivating Vampire (Magic 2011), Death-Priest of Myrkul (Dungeons & Dragons: Adventures in the Forgotten Realms), Legion Lieutenant (Rivals of Ixalan), Stromkirk Captain (Dark Ascension), and Thirsting Bloodlord (Core Set 2020).

Answer to Question #13 – a. Carnival of Blood 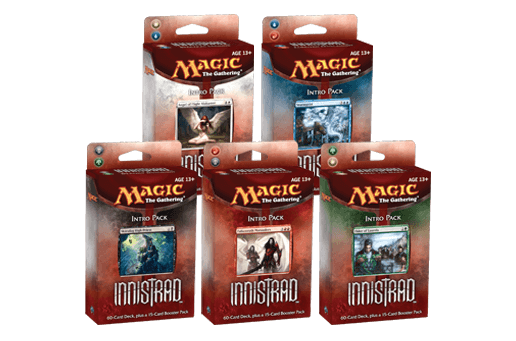 In original Innistrad, the Vampire deck was the red-black Intro Pack called Carnival of Blood.

Answer to Question #14 – b. Dark Ascension 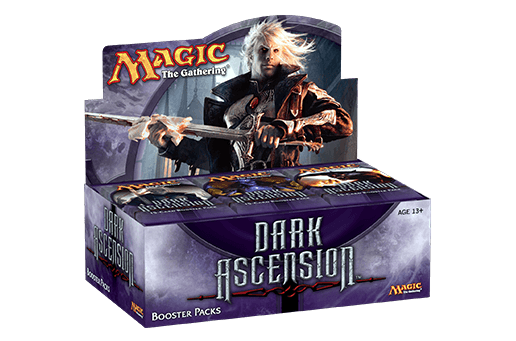 Answer to Question #15 – b. Count Dracula

In top-down sets, we will often name playtest cards after the trope we're trying to capture so that everyone knows what top-down thing we're working with. The Creative team will then give it their own take and create a Magic version of the trope. Olivia, at the time named Count Dracula, won the internal rare poll for Innistrad. (The internal rare poll is a poll we let any Wizards employee take to help us gauge what players will especially like of the rares and mythic rares.)

Elusive Tormentor (Shadows over Innistrad) becomes Insidious Mist, a blue card. Valentin, Dean of the Vein (Strixhaven: School of Mages) can also be cast as Lisette, Dean of the Root, a green card. Voldaren Pariah (Eldritch Moon) becomes Abolisher of Bloodlines, a colorless card. There aren't any mono-black double-faced Vampires with a red card on the back.

The Blood Fast occurs on Ixalan.

Answer to Question #21 – a. White-blue-black

Answer to Question #22 – a. Falkenrath

There are many Vampires with four words in their name. There is one with five—Rayami, First of the Fallen (Commander (2019 Edition)). But the most is six—Vito, Thorn of the Dusk Rose (Core Set 2021).

The original text of Sengir Vampire in Limited Edition Alpha refers to both "counter" and "turn," and surprisingly "dies" long before it became a keyword action. The card simply calls itself Vampire, never using the word "Sengir."

Interestingly, the decision to make Vampires into a characteristic creature type that shows up in low rarities was made during the development of original Zendikar. The design file didn't have any Vampires at common or uncommon. For more on this story, read my column "Care for a Bite?" from Vampire Week back in 2009.

Dusk Feaster (Eldritch Moon) has delirium. Felisa, Fang of Silverquill (Commander (2021 Edition)) has mentor. Soul Collector (Scourge) has morph. There are no Vampires with devour yet, sadly.

Mephidross Vampire from Fifth Dawn has this rules text.

Falkenrath Marauders's flavor text: "No slinking in the dark for them, no luring whispers. They claim their prey in the speed and glory of the hunt."

Dominaria, Innistrad, and Ixalan have all been home to Vampire Knights, while Ravnica has not.

Believe it or not, there are 57 Vampire cards with "blood" in their name. Here they are:

Now, it's time to add up your correct answers and see how you did:

I hope you had fun with the trivia. As always, if you have any thoughts on the column, any of the questions, or ideas for future trivia columns, send me an email me or contact me through any of my social media accounts (Twitter, Tumblr, Instagram, and TikTok).

Join me next week when I begin telling the design story of Innsitrad: Crimson Vow.

Until then, may you play many Magic games to strengthen your Magic knowledge.

I sit down with Designer Aaron Forsythe, and we talk about the design of Magic 2010.

There are eighteen cards in Magic that start (in English) with the letter X. I talk about them all in this podcast.