It's MTG Arena Decathlon season, beginning January 1, 2023! This huge event is made up of ten preliminary events spread out across fifteen full days, from January 1–16, plus a finals event for top-performing players held on January 21. Preliminaries cover lots of game modes, including Draft, Explorer, Standard, Jump In!, and more, so whatever your favorite, you'll find fun in this year's Arena Decathlon. 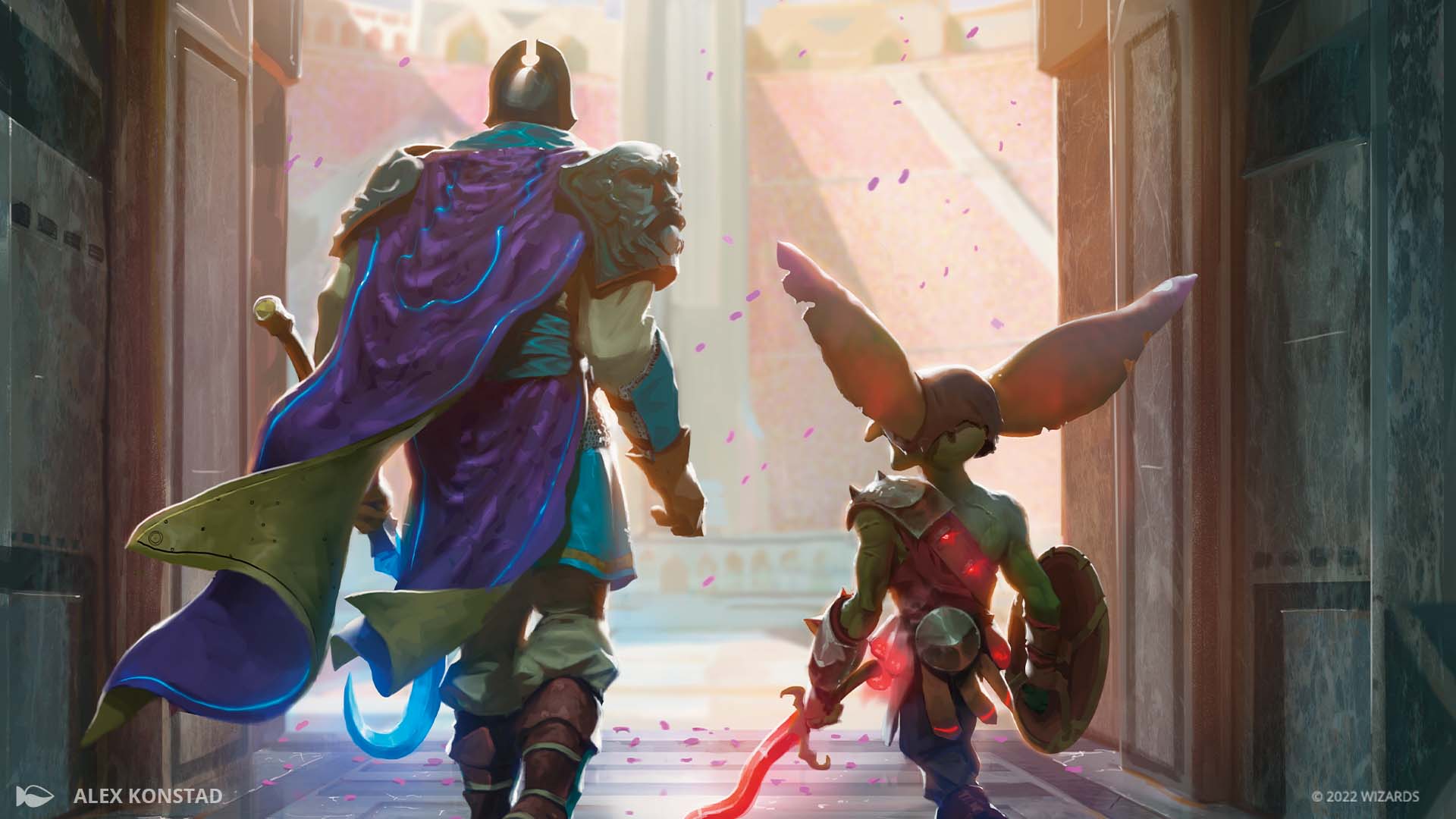 We've made a few changes this time around that we think you'll enjoy. A big one: this year's Arena Decathlon is open to MTG Arena players of all ages! We've also shortened the Arena Decathlon Finals to make it easier for finalists to complete the event. Plus, you'll find an improved prize structure for preliminary events, with more opportunities to earn a prize!

Everyone who enters an Arena Decathlon event will receive a special Bronze Sundering Titan sleeve! 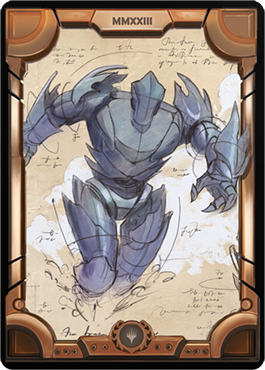 *Note: These are Phantom events, and cards are not added to your collection. 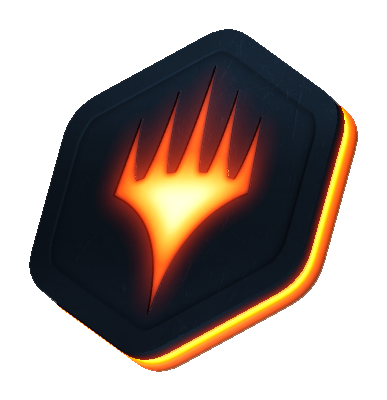 You can compete as often as you like in preliminary events, and each offers prizes, with maximum wins earning you that particular event's coveted Arena Decathlon token—seven wins for Best-of-One events, and five wins for traditional Best-of-Three events. Collect tokens for more goodies, and if you earn at least three tokens from events, you'll score an invitation to the Arena Decathlon Finals!

Each Decathlon token earned toward an Arena Decathlon Finals entry must be unique; multiple tokens from the same event only count as a single Decathlon token from that event—so play lots of different events!

You can track which Decathlon tokens you've earned in MTG Arena by hovering over the token icon in the desktop client or by tapping it on mobile.

Earning an entry to the Arena Decathlon Finals also gets you the Silver Sundering Titan sleeve when you enter the event: 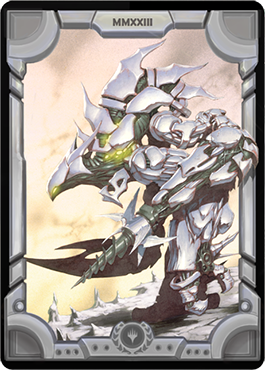 Finally, collect tokens from all ten Arena Decathlon preliminary events, and you'll score the Gold Sundering Titan sleeve when entering the Arena Decathlon Finals that proclaims your mastery of MTG Arena game modes whenever you display it in battle! 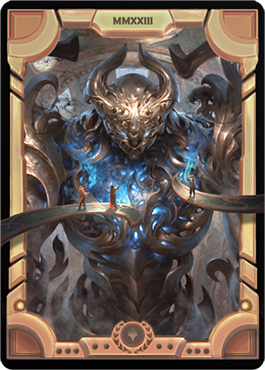 If you have earned at least three Arena Decathlon tokens from the preliminary events, you can enter the Arena Decathlon Finals that begin on Saturday, January 21, where a slew of prizes await—including the top prize: a voucher that will grant you one of every card in the forthcoming Phyrexia: All Will Be One set when it is released!

If you performed exceptionally well in the Arena Decathlon preliminary events and earned seven or more tokens, you can enter the Arena Decathlon Finals twice! That's a lot of prizes you could win, not to mention the possibility of getting two vouchers for Phyrexia: All Will Be One if you sweep the finals both times you enter!

All that stands in your way are the other top players in MTG Arena who also want those prizes, so no pressure!

Format: Traditional (Best-of-Three) Phantom Duplicate Sealed – Each player will receive an identical pool of cards to build their deck. There are many possible decks, so choose wisely! 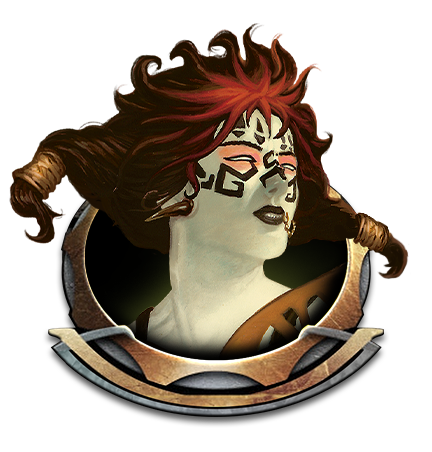 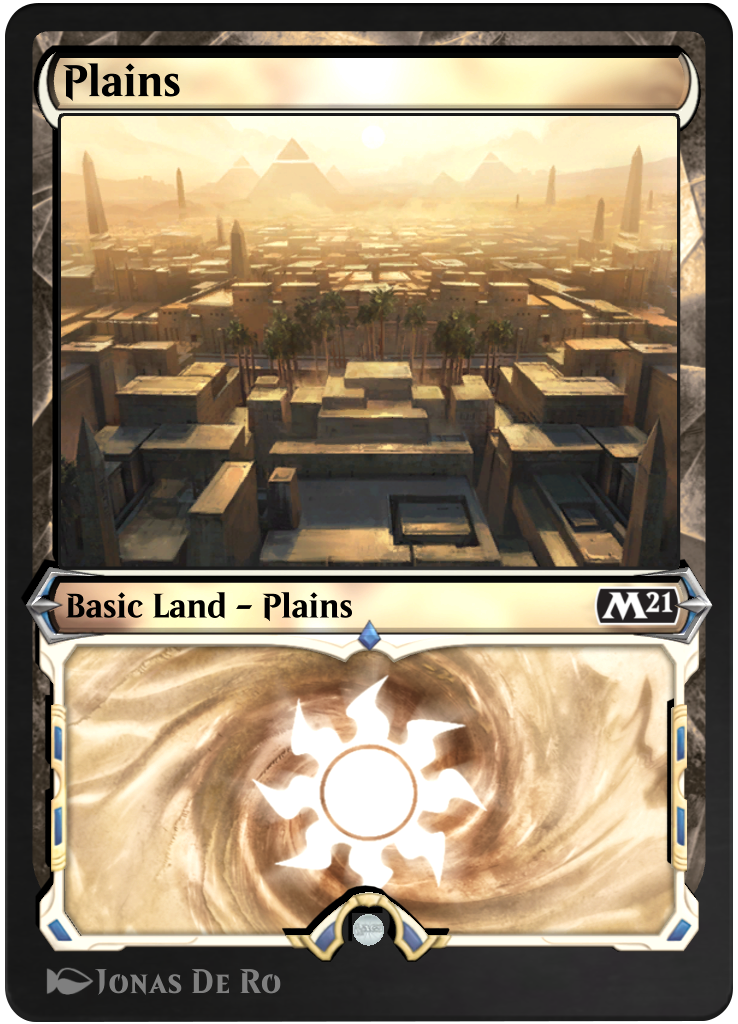 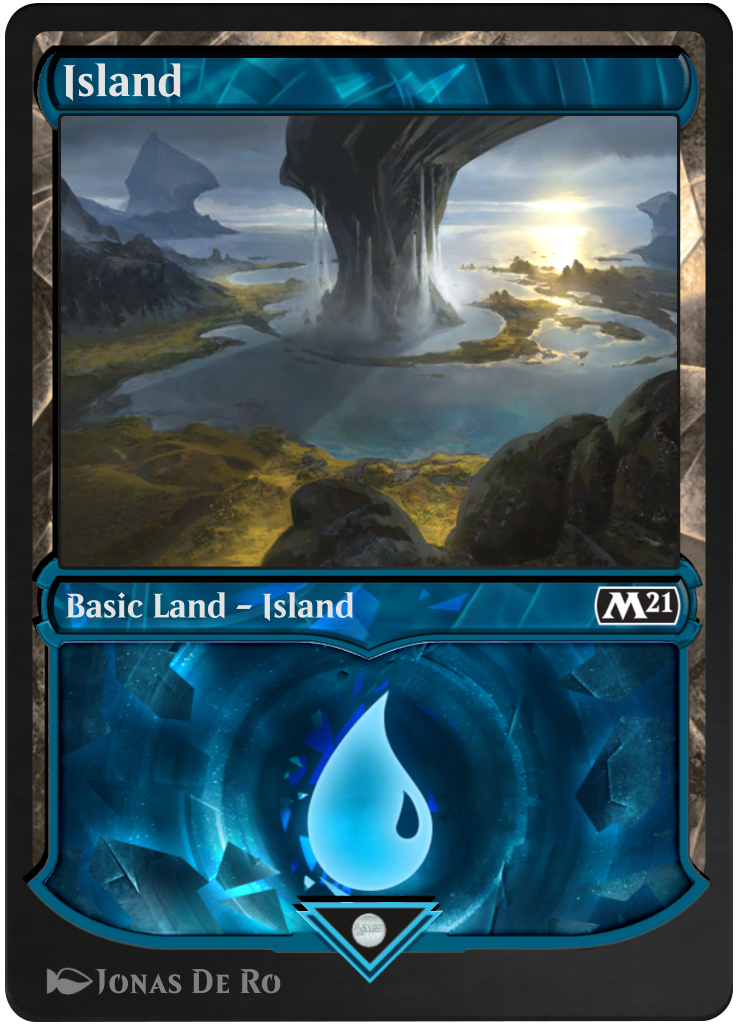 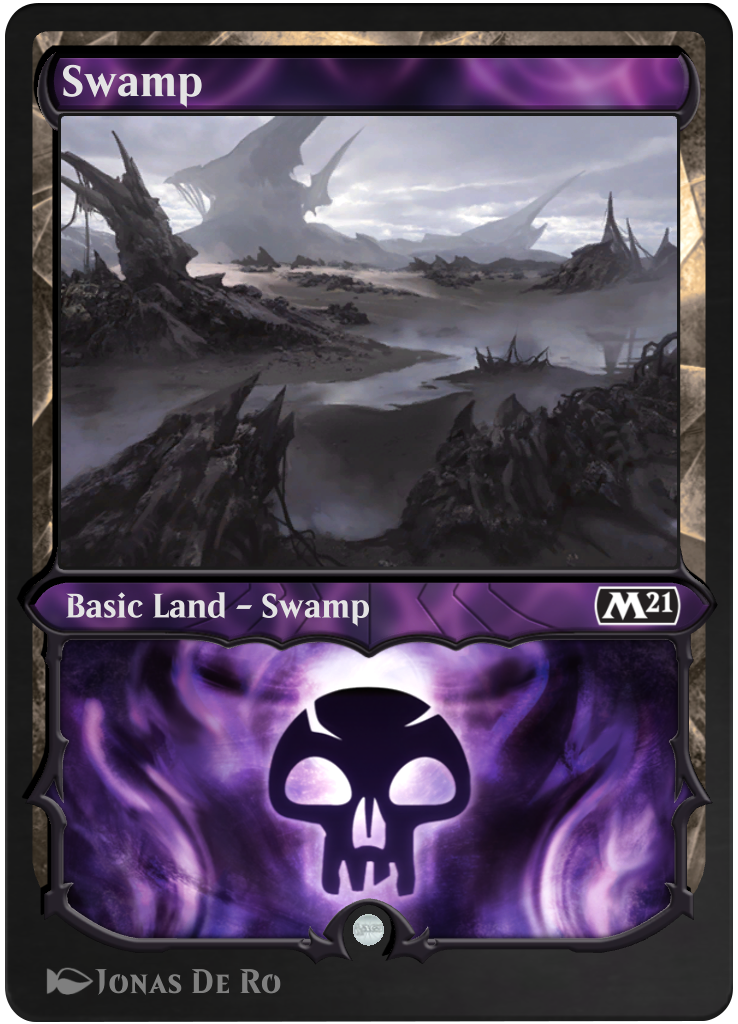 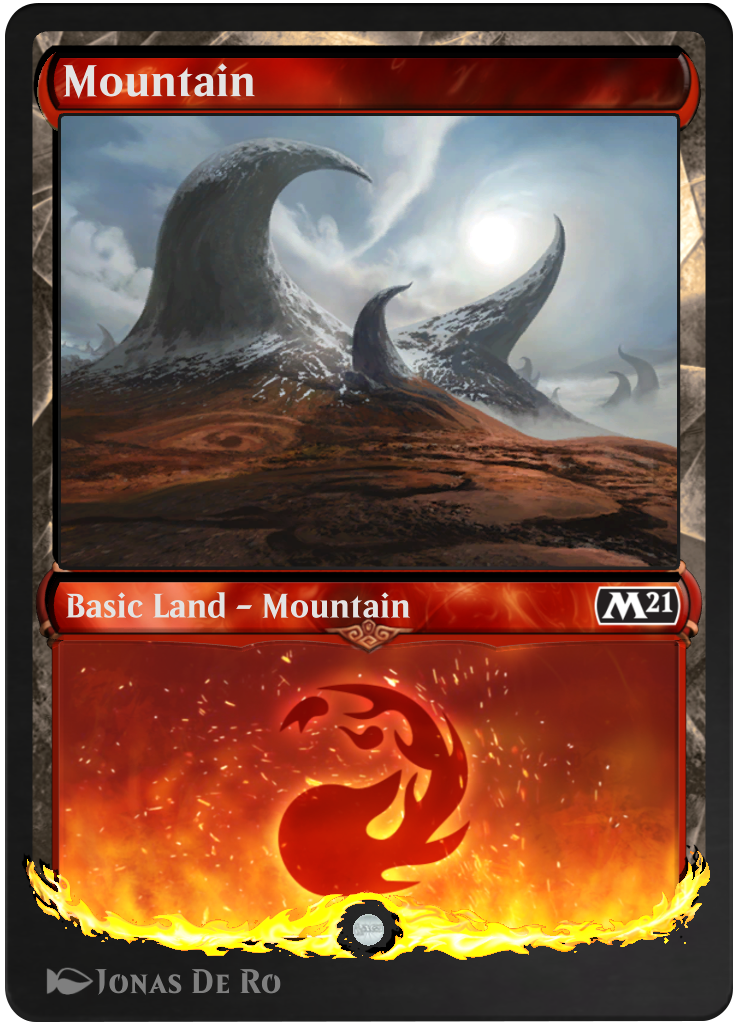 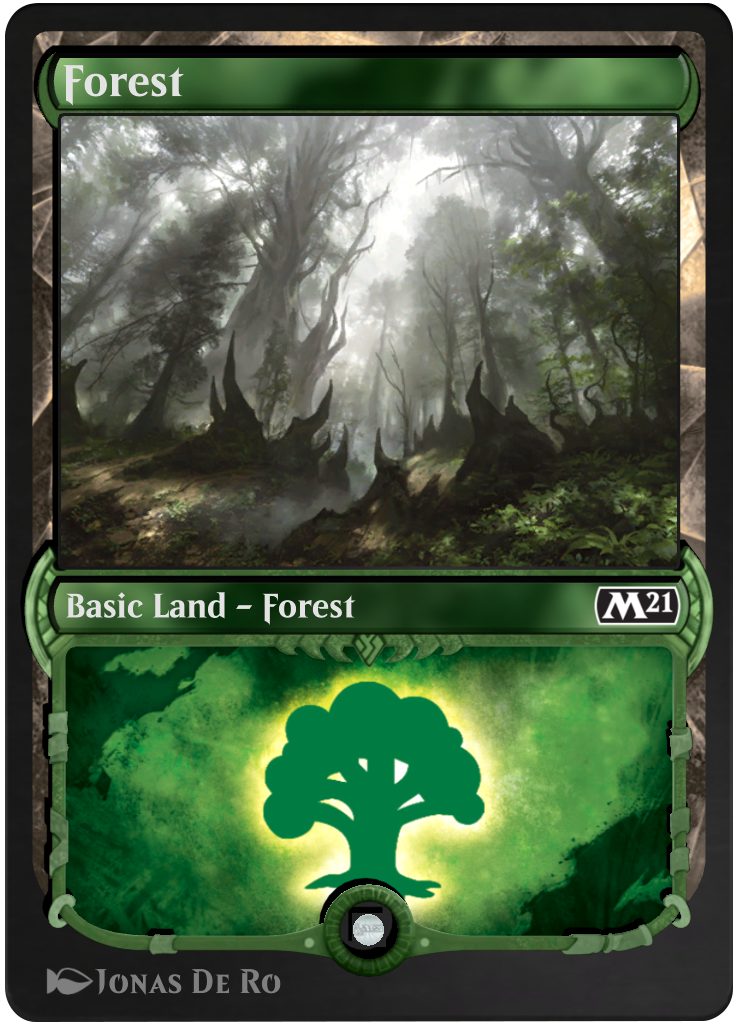 The Arena Decathlon consists of ten (10) events. The details of each Event and their respective rewards are described below. Winners of the event(s) receive tokens. After all events are complete, Wizards of the Coast will count the unique tokens acquired by each player and provide the following rewards:

All participants must agree to the Arena Decathlon Official Terms and Conditions below.

THE GENERAL TERMS CONTAIN A MANDATORY ARBITRATION PROVISION WHICH LIMITS YOUR AND WIZARDS' ABILITY TO LITIGATE CLAIMS AS WELL AS A LIMITATION OF LIABILITY WHICH LIMITS THE LIABILITY OF WIZARDS AND ITS FAMILY OF COMPANIES.

For Slovenia Residents Only: If the amount of the cash prize or the value of the prize exceeds 42 EUR, prizes are subject to personal income tax. Winners are required to file a tax return with the Financial Administration of the Republic of Slovenia in fifteen (15) days after receiving the prize.

EU Residents Only: In the event this Choice of Law provision is unenforceable in an EU player's jurisdiction, that jurisdiction's laws and courts shall govern. EU Residents have the right to submit any dispute before an alternative dispute resolution body or mediation set up by their country. A list of the online dispute resolution bodies ("ODR") for consumers can be found at www.ec.europa.eu/consumers/odr.

Except where prohibited, each player agrees that: (1) any and all disputes, claims and causes of action arising out of or connected with the Arena Decathlon or any prize awarded shall be resolved individually, without resort to any form of class action; (2) any and all claims, judgments and awards shall be limited to actual out-of-pocket costs incurred, and in no event will a player be entitled to obtain attorneys' fees or other legal costs; (3) no punitive, incidental, special, consequential or other damages, including without limitation lost profits may be awarded (collectively, "Special Damages"); and (4) player hereby waives all rights to claim Special Damages and all rights to have such damages multiplied or increased.

As part of your entry for any one of the 10 Events, you will receive the Bronze Sundering Titan sleeve ("Entry Reward"). While you may participate in the Arena Decathlon multiple times, the Entry Reward is limited to one per account.

Entry is 2,000 gold or 400 gems per Event, except the Arena Decathlon Finals, which requires at least three (3) Wizards-verified tokens.

Prizes depend on whether the Event is Best-of-One or Best-of-Three.

The Best-of-One entry is valid until 7 wins or 3 losses, whichever comes first.

Best of One Rewards:

The Best-of-Three entry is valid until 5 wins or 2 losses, whichever comes first.

For all Events, the packs given out as rewards are selected randomly at the time of reward receipt:

Decathlon 10: On the Edge

Entry into the Arena Decathlon Finals comes with an additional entry reward of the Silver Sundering Titan Sleeve sleeve.