Changes to token creation, Arena Open details, and events to get you into the holiday spirit are all arriving later this week on MTG Arena. As 2020 comes to an end, it's time to check in on the current State of the Game. 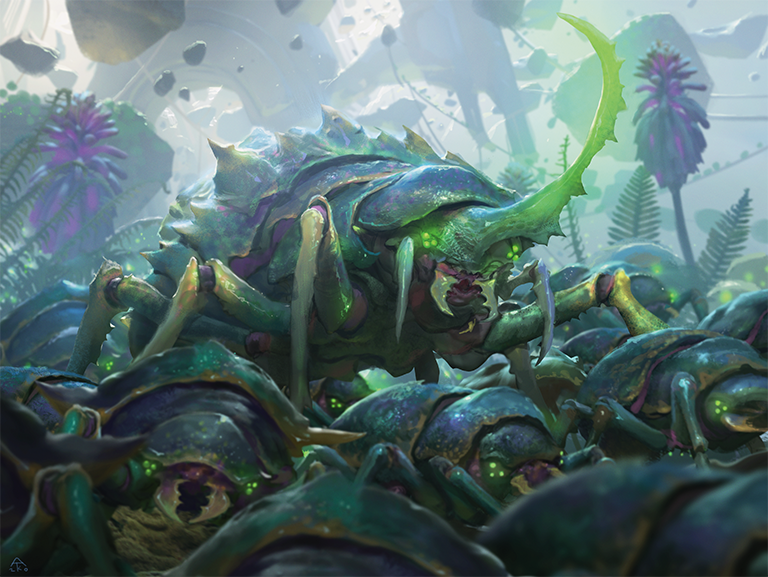 While it's technically possible to create up to 2,147,483,647 creature tokens, some of you decided to take survival rule 782 as a challenge. Yes, there are always more scute bugs, at least until the game state becomes so infested that the only solution is to just burn it all down (also known as an unexpected match complete).

Since the release of Zendikar Rising, we have made various improvements to resolving triggers that number in the hundreds thousands, but there are always more scute bugs. This has become problematic, and not just for matches duking it out in a chitinous six-armed race; it's a swarm felt across the Multiverse. While tabletop play can shortcut its way to a bug blowout, our game rules engine needs to resolve every single trigger every single time. Creating that amount 1/1 green Insect creature tokens gets to be quite demanding and, at times, has caused enough strain on our servers that the scuttling of scutes was felt even in neighboring matches.

It's why we ultimately decided to implement some pest control. Starting with the December 2020 game update, we will be enforcing a maximum number of tokens allowed on the battlefield at any given time:

We decided on the 250 per player limit based on match data, as most games will come to a normal and expected match complete before the maximum number is reached. Additionally, if a player does decide to deploy scute siege weapons against their opponent, this number means their scuttling swarms should not leave their mark on other unrelated matches. We also coordinated this decision with our Magic Esports team to ensure that this limit does not have a meaningful impact on competitive-level play (for reference, Magic Online has had a similar token limit for years).

So, if you feel the crawling need to scoot, swarm, or scuttle to the excess—the days, and the number of tokens, are numbered.

Speaking of competitive play, but before we continue 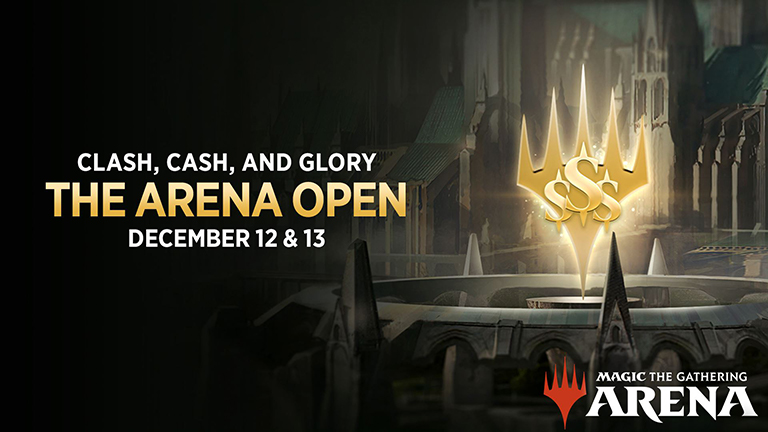 With the next Arena Open less than a week away, it's time to lay out all the fine details. If you missed our previous announcement in November, the format this time will be Historic, and we will once again be offering Day 1 in both Best-of-One or Best-of-Three varieties:

A cold wind is blowing across the brutal battlefields 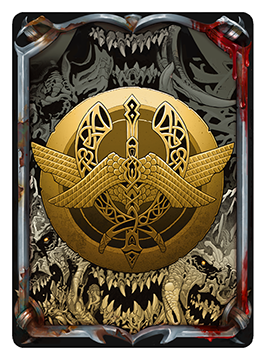 and it's going to be metal. All players who join Day 1 will receive a promotional Kaldheim card sleeve featuring artwork from the upcoming set!

P.S. Be sure to check out our Historic All-Access FNM at Home event on December 11! Create and play with decks using Historic cards—whether they're in your collection or not!

And on that chilling note, let's talk about what else is happening in December! For those of you who will be spending the holiday season in the warmth, comfort, and safety of your homes, we've planned a variety of events to bring you joy

Cube draft will be returning, not once—but twice! And not just as Best-of-One but also Best-of-Three! As with the Arena Open and the Kaladesh Remastered Traditional Draft, we're continuing to explore ways to keep our Best-of-Three players from feeling left out in the cold. Both the Arena Cube and Tinkerer's Cube will be available in traditional Best-of-Three formats at the same time and at the same entry price as their Best-of-One counterpart, though will follow the three matches (regardless of win/loss record) structure as our other Traditional Drafts. 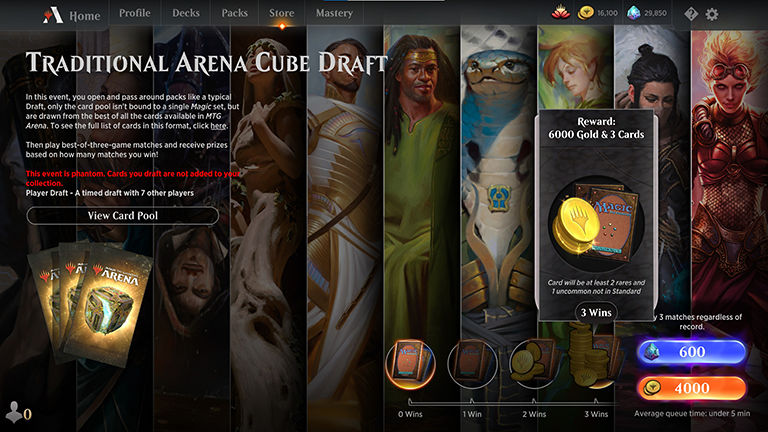 You'll have to wait and see which cards end up on the naughty list, and you'll need to check twice, with Standard Shake-up returning on December 19–25, followed by Historic Shake-up on December 26–January 1.

We'll be debuting Guilds of Ravnica and Ravnica Allegiance Premier Draft alongside our normal rotation of Quick Drafts. FNM at Home events will continue into the new year featuring formats like Artisan, Omniscience, and Historic Pauper. A full schedule of events will be available in our patch notes.

One final reminder before we wrap this up—the three Euro Land bundles will be leaving the store as part of the December game update. If you haven't picked these up yet, we don't recommend waiting much longer.

The December game update is scheduled for this Thursday, December 10, so keep an eye on our status page for the latest information on maintenance times! We're setting some bug-induced boundaries for token creation during matches and patching up more traditional bugs elsewhere in the game (key bug fixes include no more giant/disappearing text and symbols and games remaining count should display correctly in Best-of-Three events). We'll end the year with a variety of events to keep the holiday spirit strong, as we look forward to 2021 and the frozen battlefields of Kaldheim. 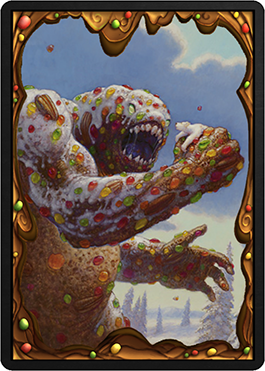