The Summer of Legend continues with one of the most exciting features for in-store play: the return of Mystery Booster: Convention Edition! 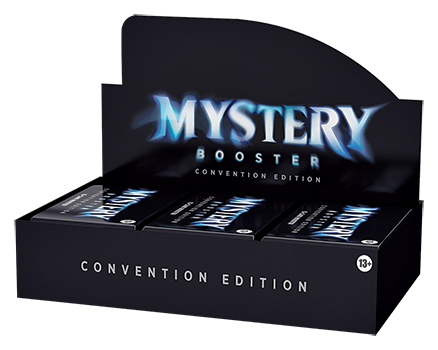 Beginning August 20, limited quantities of Mystery Booster: Convention Edition will be available at WPN stores, with in-store play events available where possible, making for an exclusive experience that can be shared between players around the world.

Check with your local game store to see when and how you can join in-store events featuring Mystery Booster: Convention Edition.

But what is Mystery Booster? It's an awesome experience with the feel of a "Chaos Draft" that uses multiple Magic Draft Boosters from different releases but bundles the cards and variety you'd experience into one amazing package. The set itself contains a whopping 1,670 reprints from across the game's history (see below for the full list), plus 121 copies of something new and surprising—R&D Playtest cards you won't find anywhere outside of Mystery Booster: Convention Edition. There are so many cards packed into the possibilities, you could fill an entire eight-person draft and not see the same card twice.

Cards in Mystery Booster have the original set symbols and numbering of one of their printings. The only difference is a Planeswalker symbol in the lower left corner, like what you find on cards from The List in Set Boosters.

Each Mystery Booster: Convention Edition booster pack contains fifteen cards: fourteen from the gigantically awesome main set, and one from that "something new and surprising" group of R&D Playtest cards. You can check out these unique cards on Gatherer and revisit the Mystery Booster Release Notes and Gavin Verhey's article about the development of Mystery Booster to learn even more. We also have a full list of R&D Playtest card names and the artists if you're curious about the unique visual illustrations these cards feature.

With Mystery Booster: Convention Edition's return, there were a few updates made from its initial release. 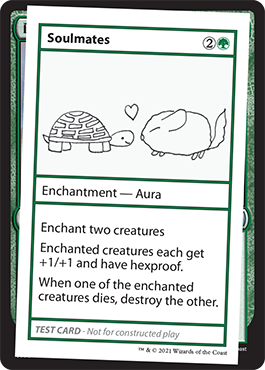 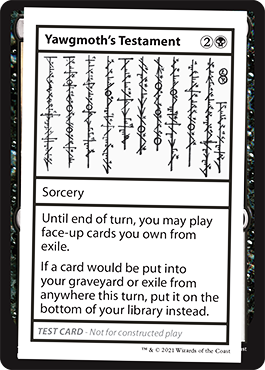 Note: Mystery Booster cards typically include a small printing of the Planeswalker symbol in the lower left corner, similar to what you see in cards from The List found in Set Boosters. While this was the case for all cards in the original printing of Mystery Booster: Convention Edition, in this printing going to WPN stores the Planeswalker symbol will not appear on the Playtest cards. Additionally, there's a known difference in Phantom Centaur in this set. For this card in particular some text is printed black instead of white, including the name, power and toughness, artist credit, and creature type line.

Two multicolor reprint cards were changed for the 2021 release: Nucklavee and Selesnya Guildmage were replaced with Goblin Trenches and Prophetic Bolt. (Note: The linked cards do not necessarily represent the version found in Mystery Booster.)

The following additional cards were removed from the updated release. (Note: The linked cards below do not necessarily represent the version previously found in Mystery Booster.)

The following cards appear at twice their previous frequency, replacing where the above cards would have appeared. (Note: The linked cards below do not necessarily represent the version found in Mystery Booster.)

Ask your local game store when Mystery Booster: Convention Edition events will be available for you!