This is a summary of the rule changes planned for Magic with the release of Kamigawa: Neon Dynasty. The official rules are still under review at the time of this writing. When they are published, they can be found on our rules page. If there should be a discrepancy between this summary and the official rules, the official rules take precedence.

This is the rule that says an Equipment that's also a creature can't equip a creature. Obviously, this needs to change for reconfigure to work correctly. Now, this rule has an exception for Equipment with reconfigure.

The rest of the subrules in this section explain that when an effect attaches an Equipment with reconfigure to another creature, it also causes the Equipment to stop being a creature as long as its attached and that if it's still somehow a creature after that, it becomes unattached.

This is the rule for the crew ability. A lot of players may not have realized that Vehicles, once animated, could technically crew themselves. This is not only unintuitive but also pretty scary for people like me who don't trust self-driving cars. A one-word change to this rule now prevents players from being able to do this.

Some Vehicles in this set, such as Mobilizer Mech, have abilities that trigger when they become crewed. This new rule tells us that "When this Vehicle becomes crewed" means "When a crew ability of this Vehicle resolves." This is notably different from a triggered ability that triggers when a creature crews a Vehicle, such as that found on Gearshift Ace. Those abilities trigger when you activate the crew ability rather than when it resolves. It's also worth noting that these abilities won't trigger if that Vehicle becomes a creature in any way other than its own crew ability. 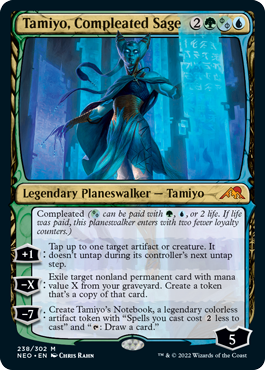 This rule defines the replacement effect that the keyword ability compleated represents. Basically, for each time you pay life for a Phyrexian mana symbol in the cost of a planeswalker spell with compleated, if it would enter the battlefield with loyalty counters, it enters with that many counters minus two instead. It was very difficult to complete this rule with autocorrect on.

A modified creature is one that has one or more counters on it, is equipped, or is enchanted by an Aura that's controlled by that creature's controller. This new rule explains that in very similar words to the last sentence and also explains that only creatures can be modified. 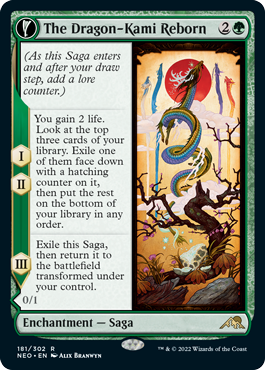 This is the rule that says that once a player has been allowed to look at cards in exile, that player may continue to look at those cards. As written, the rule only applied to cards that were exiled already when you were given permission to look at them. It didn't apply to situations where you look at a card and then exile it face down. Therefore, cards that do this also explicitly say you may look at those cards. When designing The Dragon-Kami Reborn, we challenged the need for this and decided to write this permission directly into the rules. Now, if an effect says to look at some cards and exile them face down, you may continue to look at those cards for as long as they are in exile. This is technically a functional change for one card ([autocard]Clone Shell[/autocard]), but my experience with that card is that most players already believed they could look at the exiled card again and were playing that way anyway.

This is the section of rules that explains what abilities trigger when creatures attack. It has been updated to account for some newer trigger conditions. This does not functionally change any cards.

Some rules tell you that certain words on older cards mean something different than what they say. For example, older cards that say "removed from the game" have been updated to say "exiled" instead. A rule exists to tell you that these are the same. When "Activate this ability only as a sorcery" was shortened to "Activate only as a sorcery" on many cards, a similar rule was added. However, since there is no functional difference or potential for confusion between the two templates, this rule is unnecessary and has been removed.

When a card tells you to search your library for a particular card, shuffle, then put that card on top, the card is technically still in your library at the time you are shuffling. This rule is the one that says you don't shuffle that card along with it, which allows this template to work properly. However, it turns out that it wasn't quite broad enough to cover [autocard]Ecological Appreciation[/autocard], so it has now been updated to do so. This is not a functional change to any card unless you were playing [autocard]Ecological Appreciation[/autocard] in a very strange way. 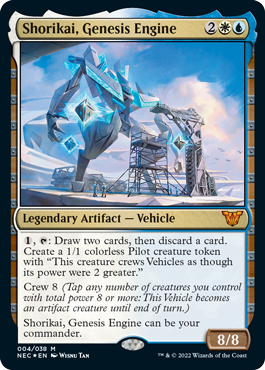 Shorikai, Genesis Engine is a legendary Vehicle with an ability that says it can be your commander. The rule that supports this was given a minor tweak to make sure that ability functions properly on Vehicle cards.

Kaito was added to the list of planeswalker types.