When the Wizards Play Network launched ten years ago, it included about 2,000 game stores.

One also did oil changes. Another mostly sold lumber. And we were grateful for them.

We knew retail was the demand driver. Not just places to buy. Places to play. Competitive gaming spaces, community hubs—Magic needed a social infrastructure. The WPN would build it with any materials available.

The WPN is the organization through which your local game store gets promo cards, products like Signature Spellbook: Jace, and so on. If you've ever been to Friday Night Magic or a Prerelease, you've been to a WPN member store. Each member falls into one of four "levels," and they get benefits based on which one they fall into.

The WPN worked. Today, there are almost 6,000 WPN members serving more players than any other point in Magic history. Last June, Dominaria shattered the record for best-attended season of all time. Guilds of Ravnica beat that record in September. It worked.

With more stores came more competition, and that competition refined the in-store experience over time. A store in Seattle has a glass chandelier in its game room. A store in rural Canada serves players 200 miles from the next nearest WPN member. How can our current metrics possibly measure the value they deliver to those fans?

They can't. But that's about to change.

Since the WPN debuted ten years ago, in-store Magic has quadrupled in size. And we want to be able to say the same thing in another decade.

To help us get there, we're introducing a new WPN—one that scales to serve every LGS adequately, one that measures quality as well as quantity.

If the WPN has outgrown the four-level system, how long until it outgrows one with five levels? We need a paradigm that scales. We're doing that in two ways.

First, no more levels. Beginning with Core Set 2020, we'll replace our level system with one that supports your LGS with far greater precision.

Remember that 100-player FNM? They're going to get promos in a volume capable of serving a player base of that scale. Overall, distribution of prize support will correlate more closely with the health of a store's community. More on that shortly. 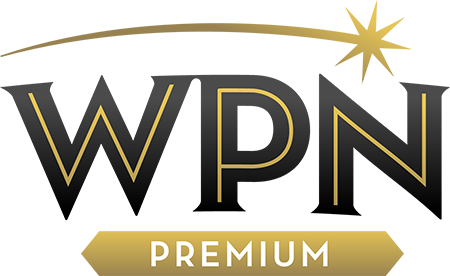 As in-store Magic grew to new heights over the last decade, a new class of game store emerged—the bar-raisers, the benchmark-setters, the standard-bearers. That's WPN Premium.

WPN Premium is a public recognition of the best stores in the world, a way for Wizards to support them as such that it equals their contribution to the Magic community. We've already chosen the first wave.

Premium stores will get the same benefits as all WPN members, plus exclusive events, priority and recognition in our Store and Event Locator, upgraded promo materials, and more.

We believe Premium status is within reach for any WPN location. But the bar is high—at the moment, less than five percent of stores qualify. If you think your LGS offers an experience that ranks among the best, encourage them to apply.

We want players to find a world-class experience at their LGS. And by that, we mean the whole experience.

Not just playing Magic. Shopping for it. Learning it. Hearing about it in the first place. From picking up their first full booster box to comparing the green Planeswalker Deck and the black one—the best stores make all of this fun, and players reward them with loyalty when they do.

WPN Premium is one way of measuring that experience and rewarding WPN members accordingly. The new WPN will also introduce another: new metrics.

Right now, your LGS gets promo cards based on some data they report to us—their total players, their biggest event, and a few others. But those metrics gradually lost relevance over time, and often incentivized behavior that benefitted neither players, nor stores, nor Wizards.

That's all going out the window. Starting in June, WPN members will have just two targets: Tickets and Engaged Players. The first is meant to measure quantity, the second is an attempt to measure quality. Let's take a look.

Tickets represent the total number of entries across all of a store's events. Any format. Commander, Modern, Ranked, Casual—everything counts. And it counts the same player multiple times. You join a midnight Prelease, that's a ticket. You come back for the 5 p.m. Prerelease on Saturday, that's another.

Engaged players are the best indicator of the quality of experience a store offers. It's our phrase for a player who joins six events in either Standard, Draft, or Sealed per year—so, once every two months.

With the institution of these new metrics (and the sunsetting of the old ones), it'll be the stores that offer the best experience that get the best rewards.

To be clear: we'll still do promo cards. But they'll be in packs of four, giving players more cards, more variety, and better curation—all without sacrificing the uniqueness players expect from things like FNM and Open House promos. And one in four of the packs your LGS receives will have all-foil contents.

Here's the breakdown of the first run, for Core Set 2020:

Slot two is a promo-stamped rare or mythic rare from a short, curated list. These will be from Standard-legal sets, and they'll be hand-selected by Magic's design studio. (These lists will be public.) You'll also see a curveball here and there—one such curveball will come with Core Set 2020. We'll show you when card previews start. You'll like it.

Slot four is the promo slot. With each Standard-legal set there will be a selection of special, season-specific cards, just like FNM promos (although, for the first season, there will be five cards, up from the usual three). Most of the time, you can expect to see the alternate frame cards you're accustomed to. But again, here and there, we'll throw a curveball.

Some promos will still be standalone cards. Buy-a-Box, for example, will continue to come with, well, buying a box.

Out: Complexity – In: Simplicity

From the store's perspective, these packs simplify everything—both how they'll receive them and how they'll give them out.

How will they receive them? It's based on the health of their communities, as measured by Tickets and Engaged Players.

And what about giving them out? That's simpler than ever. They're discretionary. (Store: "How do we give them out?" Wizards: "However best serves your players.") They're event-agnostic. (Store: "Which events are these for?" Wizards: "Whatever's best for your community.") You get the idea.

We've come a long way since oil changes and lumber. The WPN quadrupled tabletop Magic in ten years. We want to keep that growth going for another ten.

We hope to see you there.