Zaala watched the squire strap and buckle her father's armor onto his body, plate by plate. At some point, she got the sickening feeling he was being covered in a steel sarcophagus, but she drew her mind back.

Her father looked like a statue, deep in contemplation. His face was impassive, resolute, and yet the kindness she had known since a child was still there below the surface. It gave her comfort on some deep level to see that; it took her mind off of what awaited them.

Then it was her turn.

The chainmail weighed on her as the squire strapped on her breastplate, gauntlets, and greaves. They had never felt this heavy before. The squire ministered to her like a cleric solemnly dressing and anointing the dead. She wished he would softly sing like he always did. She noticed his hands shook a bit. 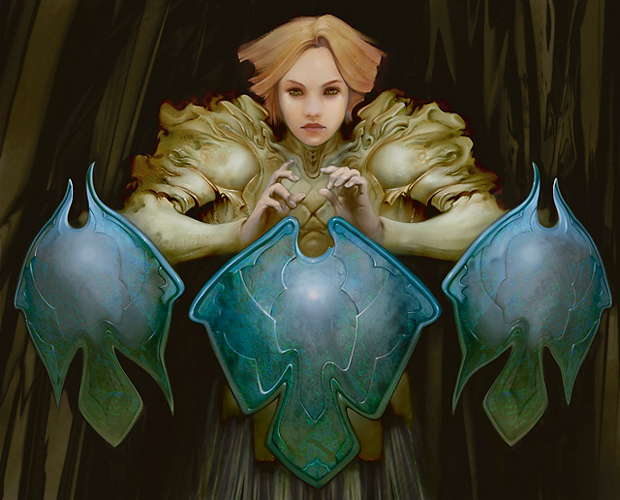 The squire finished, bowed, and left to bring the horses.

Zaala's father turned to face her.

"To this point, all your training has been physical. The sword, the lance, the field of combat, all those have trained your body and mind." Zaala's father reached over and took her helm off the oak table and handed it to her, but held it for a moment. "You have freely chosen this path, Zaala. It is the most difficult of all paths to walk and the rewards are not of this world. As your father, there were times where I wanted you to choose otherwise, to seek a less challenging life, but you have opened every door I have set before you. Now is the time for you open the final door to face something that will transform you from a warrior into a knight." 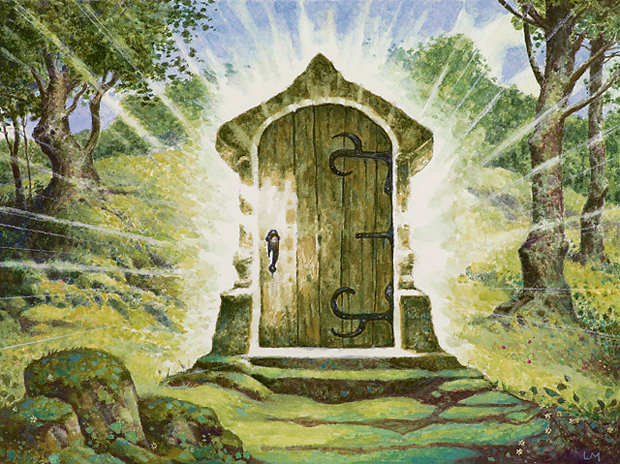 He released her helm and set his hands on her shoulders. Zaala looked at her father's face; the gravity of the moment made her see things within him she had never seen before, notice details that had escaped her eyes for all these years.

As he turned and walked out of the tent, she wondered what he meant. Were they going into battle, to ride against the marauding hordes of Kalgor or Valkas?

Yes, it had to be. Finally, it was here. Her final test.

She put on her helm and followed him out. "I'm ready father," she called after him.

The stars glittered in the night sky like jewels, and Zaala could hear the crickets as they called to one another in the dark. She could faintly smell the river, figured they must have ridden quite far, and wondered where their destination lay. Then her father spoke.

"Zaala, our quest is to slay a dragon." 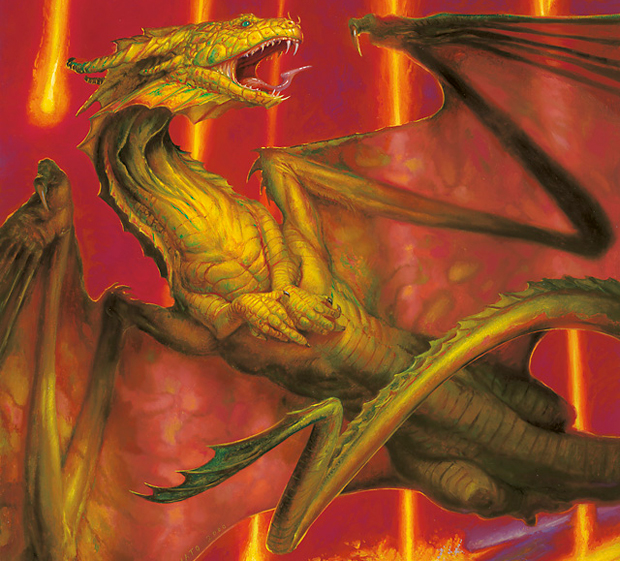 Zaala's heart dropped. "A what?"

Her father continued. "You have never seen a dragon and there is nothing I can say that can prepare you for it." He stirred the fire of their camp with a stick as he spoke. "It won't be a normal fight. This is not a fight of steel and sinew but of faith and bravery. This fight will mostly take place within you." He stirred the fire again and sparks jumped into the night air.

"I thought we were fighting barbarians, or goblin hordes. I am ready for that, but a dragon..." Zaala hoped that everything her father had said about dragons was another test.

Zaala listened intently to her father as her heart thudded within her chest like a grain hammer. All she could feel was the cold grip of fear within her as it squeezed the life from her limbs and crushed her confidence. She felt cold. Her father saw Zaala's reaction even in the firelight.

"The fear born of self-concern is the gate that you must pass through, Zaala, and the dragon is the gatekeeper. The dragon holds the keys to knowing yourself, to transforming you into a knight. In this way, dragons are bound to us. They are our sacred allies. That is why they have our utmost respect. Without them, we could never attain true knighthood." 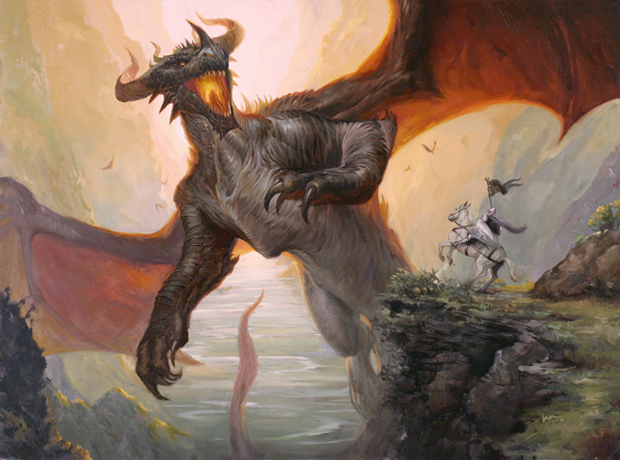 "It's the dragon that's been seen near Telfer Peak, isn't it? Is that the one we are going after?"

"Yes. And you will lead those who have survived against it."

"No, father, please," Zaala pleaded. "This is too important of a quest. I'm not ready."

He tossed the stick in the fire. "To be a knight, you must unite your head and your heart." 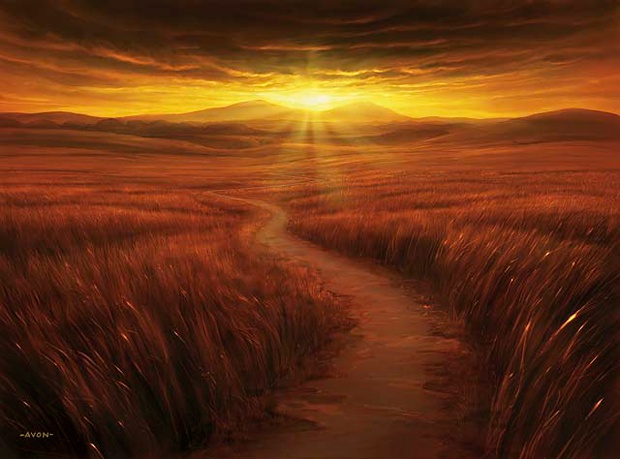 As they followed the river, Telfer Peak grew on the horizon and Zaala began to see signs of the dragon's devastation. Villages lay burned to the earth, blackened support beams sticking up from foundations like rotted teeth. Off in the distance, Zaala saw plumes of smoke, each a village that once was. She was horrified at the power of the dragon and imagined in her mind what must have happened as she rode past the charred corpses, some of which still lay huddled together.

"They didn't even have a chance." It was meant to be a thought, but Zaala said it out loud.

"Think of them when your courage wavers," her father said, as he picked a path through the wreckage.

At the dawn of the next day, they rode into Valkas and came upon a stone keep scorched by dragon fire. A haggard band of warriors met them at the gate. Zaala could see their spirits return to their eyes at the sight of her father and her. She felt unworthy at the gazes of hope the men and women bestowed upon her and averted her eyes. If they only they knew how unsure she was, how hollow her armor felt at that moment.

"Lord Alcinore." A stern, gray-bearded warrior built like a barrel addressed her father. "It is good to see you both. We gathered as many of us as we could."

Zaala looked around. There couldn't be more than thirty warriors.

Her father spoke to the band. "Zaala will lead us to fight this dragon. She has prepared her whole life for such a task." 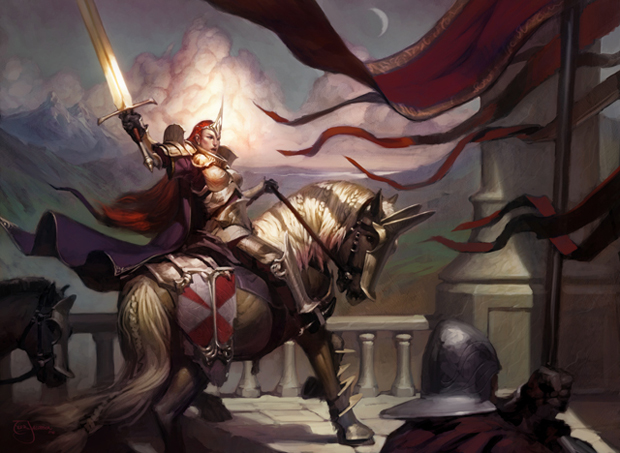 Zaala felt the attention shift to her. As her heart pounded she slowly reached up and took off her helm, pulled off her gauntlets, and ran her fingers through her short-cropped hair. The breeze felt good against her scalp.

"There are things in this world that seek only to destroy. They can never be satisfied. They are a reflection of what is inside of us—greed, malice, fear. I have seen it all my life, on this journey, and even within myself." Zaala could feel something arise within her, an aliveness like she had never felt before. "But in this moment, I realize something. I realize that in spite of these challenges I am an unshakable stand. I know and I have always known that my life is a commitment to free our world from suffering. To my last breath I vow to defeat evil wherever it lurks. I vow to never stop creating a world in which good can flower and grow." She looked at the faces that surrounded her. "I cannot do this alone. I need all of you to make this possible. Will you do me the honor of fighting alongside me?"

There was a resounding cheer.

They marched through the night and, at dawn, Zaala and her father rode out onto the charred wasteland of the dragon's domain. The small band of warriors stood behind them, their weapons at the ready. Zaala could hear the dragon's wing beats far overhead. It knew they were there and they could feel its wrath.

"I'll be right at your side," Zaala's father said.

The dragon's silhouette could be seen as it descended, larger and larger through the yellowish smoke, with great gouts of flame spraying from its jaws that illuminated the sky like lightning in a thunderstorm.

Zaala raised her lance as the band of warriors chanted a war song passed down from generation to generation. They sang with all their hearts to drown out the fear that arose within them as the dragon loomed larger. Zaala urged her horse forward and she focused only on the dragon as the war song, her heartbeat, and the hoof beats of her horse became one pulsing rhythm.

Zaala's horse broke into a gallop as the dragon came through the haze. Immense, terrifying, impossible to defeat. 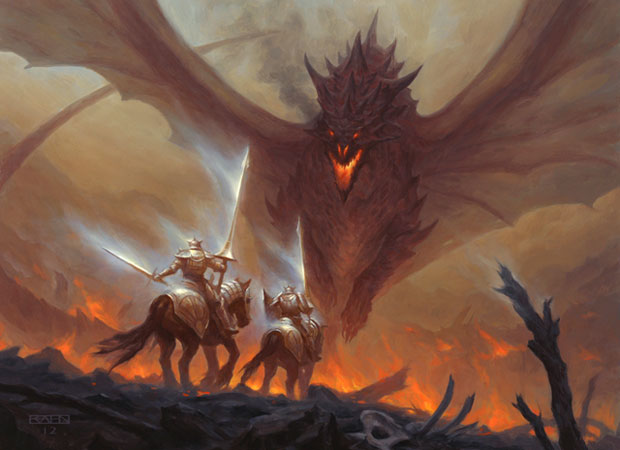 Zaala dug in her spurs and lowered her lance. She felt a spiritual energy run through her body as she came within a few jousting lengths of the dragon. She didn't even notice the white mist as it began to form all over her. Her lance had burst into white fire.

As if forced by an invisible hand, the dragon was pulled from the sky onto the ground and the earth shook with its weight. As Zaala charged in, the dragon unleashed a plume of blazing fire that engulfed Zaala and her horse. For a moment her only awareness was the war song as it filled every nerve and fiber of her being. A path of light stretched before her. Even within the dragon fire, its light was a brilliance of a higher order.

Suddenly, her lance plunged deep into the dragon's heart and she was on her back, looking up at the dragon above her as it sprayed fire and blood. She could make out the band of warriors as they swarmed over its writhing body, their swords and spears stabbing at it as it collapsed in a thunder of flesh and scales.

The exhausted band stood around her as her father helped her to her feet.