Good news, Planeswalker! Your adventures on Ixalan have led you to the once-lost city of Orazca. Incredible riches, unthinkable power, and a crazy little artifact called the Immortal Sun—all within your grasp. But finding something isn't the same as keeping it, and now the real fight begins. Rivals of Ixalan gives you even more tools to secure your discoveries once and for all. Let's dive in. 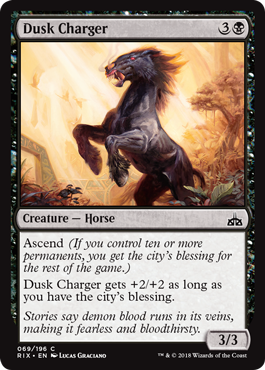 If ascend is on a permanent, it constantly checks to see whether you control ten or more permanents. The moment you do, you get the city's blessing. This doesn't use the stack and can't be responded to. It just happens. But the permanent with ascend has to be under your control to check. If you control ten permanents, then go back to eight, and then you cast Dusk Charger as your ninth permanent, you won't get the city's blessing just yet. Ascend always looks at the current game state, not the past.

Ascend also appears on instants and sorceries, such as Secrets of the Golden City. 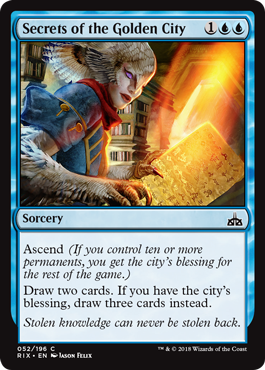 The ascend ability on an instant or sorcery works slightly differently. In this case, the ascend ability checks if you control ten or more permanents only once, as the spell resolves. Spells with ascend also do other things. Those instructions appear after the ascend ability, so they'll happen after the check. This means Secrets of the Golden City can give you the city's blessing before determining whether you'll draw two or three cards.

When checking if you control ten or more permanents, count every permanent you control, including lands and tokens. Don't forget Auras and Equipment, even if they are somehow attached to permanents you don't control. Don't count counters, though, as they aren't permanents.

Multiple players can all have the city's blessing at the same time. With all the warring factions on Ixalan, the Immortal Sun hops around like a hot potato, but possessing it even briefly leaves you forever changed. Gaining the city's blessing doesn't impact any other player's current blessing status.

Although the city's blessing isn't a permanent, token, or emblem, we've created a printed card to use as a reminder. Okay, it's really to show off to your opponents, but you do you. 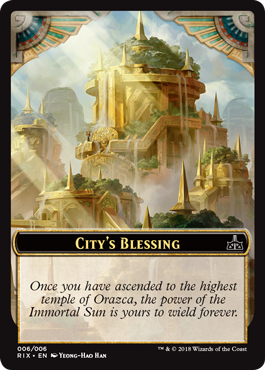 The rampaging Dinosaurs of the Sun Empire make unparalleled mounts and battle companions. Many of them have enrage abilities, which trigger whenever the Dinosaur is dealt damage. 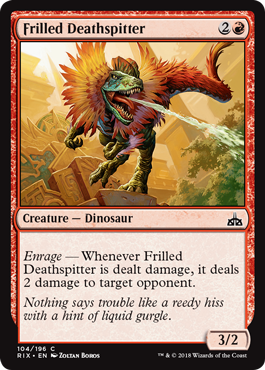 The Pirates of the Brazen Coalition are still at it, looting and plundering their way across the seas. Raid abilities apply if you've attacked with one or more creatures earlier in the turn. Treasure tokens also return; those are artifact tokens you can sacrifice for one mana of any color. 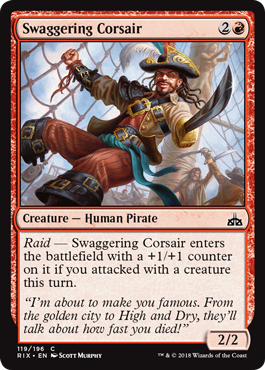 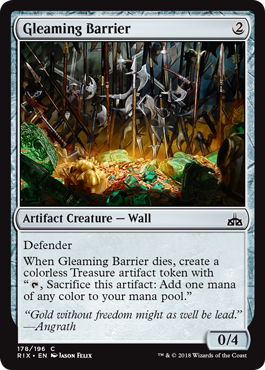 The explore ability pops up on a few cards in Rivals of Ixalan. When a creature you control explores, you reveal the top card of your library to see what it found. If it's a land card, you put it into your hand. Otherwise, you put a +1/+1 counter on the creature and the card can go either into your graveyard or back on top of your library. 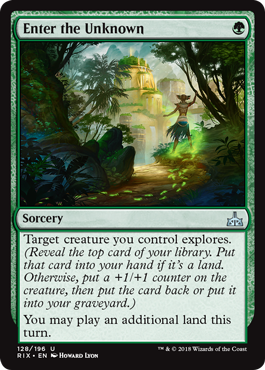 Ah yes, in case you're wondering, there are more fantastic double-faced cards that transform into lands with gorgeous map frames. Woohoo! 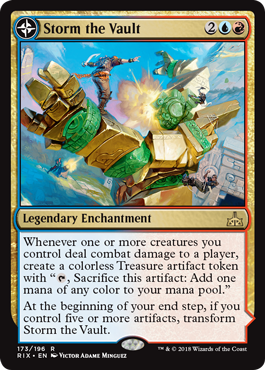 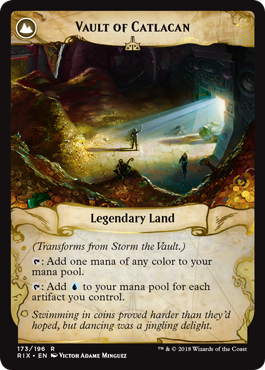 The closing of the Ixalan block brings everything to a head: quests for power, shifting allegiances, and the fate of an ancient artifact that holds within it the destiny of entire worlds. The events of Rivals of Ixalan promise to shake everything up, including your favorite decks.

Hold on—it's going to be a bumpy ride. Have fun at the Prerelease!