Grab a partner and jump into an arena near you for Two-Headed Giant action with Magic's latest set, Battlebond!

I'm Alison Luhrs, game designer for the Magic Creative team! I create worlds and settings for Magic and am excited to introduce our newest plane. Battlebond takes place in the plane of Kylem, or more specifically, the stadium known as Valor's Reach.

Valor's Reach is an arena high above Cloudspire City and is both the figurative and literal pinnacle of entertainment on the plane of Kylem. Valor's Reach isn't home to chariots and track and field events; it's home to a sport known as martial magic. White marble glints in the sunlight, the roar of the crowd stirs the hearts of champions, and magic is wielded for sport rather than bloodshed. There is no place in the multiverse more electrified with optimism and valiant drive, no plane that celebrates the glory of competition more than Kylem. 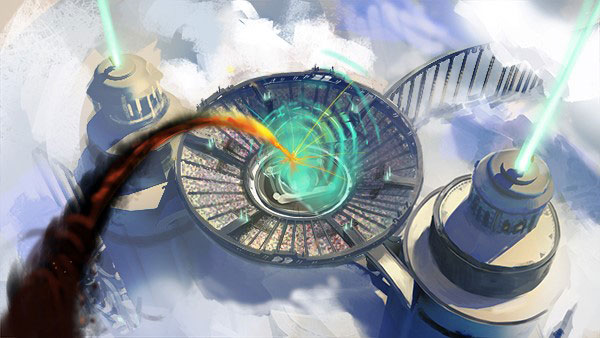 This is a peaceful plane that relishes its rich culture and history of competitive combat. Sports are a universally loved pastime, and there is no finer sport on Kylem than martial magic. Martial magic is a beloved spectator sport enjoyed by virtually all residents of the plane, providing an outlet for talented mages to test their skill and a community event for the masses to enjoy. Competitors from across Kylem travel to this center of culture to participate, and no competition stirs more passions in Valor's Reach than two-on-two combat. Duo showdowns are bracketed fights between pairs of two, culminating in the final two-on-two battle that will determine the champions. As part of their reward, statues of the winning champion pair will be added to the outside of Valor's Reach.

Martial magic is a sport on Kylem, and like any sport, it has rules. Each duo begins with a set amount of points that are reduced based on magical hits and holds. This information is recorded and tallied by the homunculi penalty mages, and when one team is down to zero points, the other is declared the winner. There is an exception to this rule: some games are determined by "style points," which are decided by the amount of confetti that the audience throws in the direction of the winner. While champions wear enchantments that absorb the brunt of damage, that certainly doesn't mean they compete without risk; reputations are won and egos are bruised easily on the field.

Duos in Valor's Reach aren't just competing to win but competing to stand out. All successful champion pairs know how to work the audience, and a flair for the theatrical will always help a duo win over the crowd. Bright colors and dramatic power moves are hallmarks of martial magic. The champions of this plane dress to impress, and their weapons reflect the over-the-top showiness of the warriors that wield them. Their blades trail neon as they slice through the air and are specially designed to be visible, even from the nosebleed section. 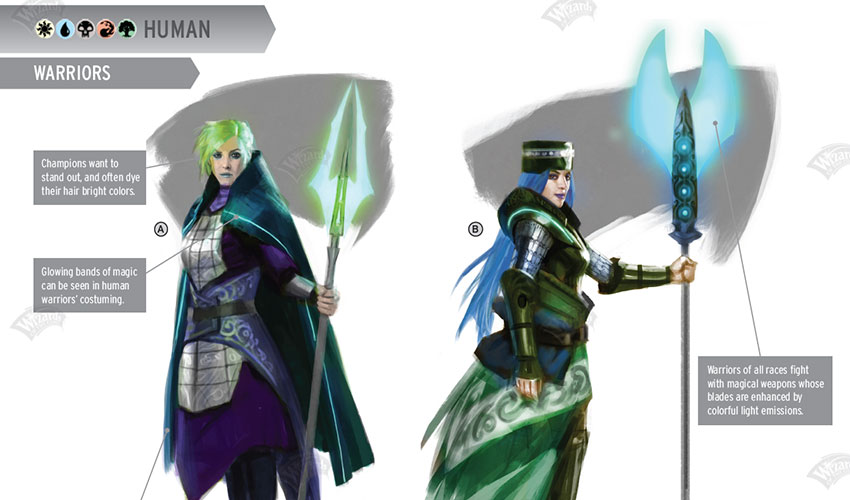 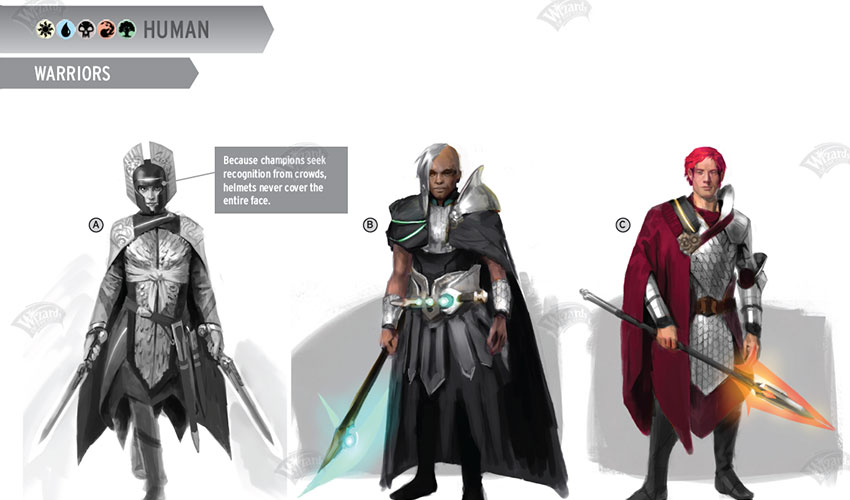 The arena of Valor's Reach is a technological marvel; its battlefield can be reshaped and altered, and thousands of cheering fans can pack the stands to watch champions navigate the ever-changing terrain. A transforming arena keeps combatants on their toes and ensures the audience is never bored. 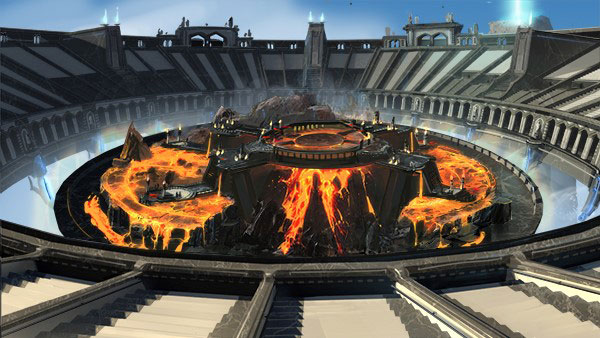 Homunculi are a sentient race who use order and process to facilitate fun. They are charged with keeping Valor's Reach operating smoothly. As caretakers of Valor's Reach, the homunculi are in charge of overseeing the competition. They reset the stage, clear off debris, change the stage from the controls in the booth, protect the crowd from rogue spells, and even act as cheerleaders on occasion. Their most visible role is on the field acting as penalty mages; no foul escapes their watch.

Due to their lack of mouths, homunculi use sign language to communicate. The most notable exception to this is the homunculi champion Zndrsplt, who, thanks to a longstanding agreement with her friend and fighting partner Okaun, telepathically speaks through him. The public at large is fine either way; all Kylem adults can sign.

Goblins are an excitable race and some of the most passionate fans of martial magic. They frequently dress up like their favorite champions, create huge banners, and even jump the barricade to race onto the field and join the fight. They can be found in the marketplace hawking concessions and sundries, but some treat fandom like it's a full-time career. Goblin spectators are the first to arrive at a match and quickly wriggle their way into the front rows. They are often well prepared for long days at Valor's Reach, armed with satchels laden with a fragrant mixture of rotten produce (for heckling) and gaudy confetti (for their favorite heroes). Becoming a warrior is an aspiration that almost every goblin harbors. Though many fail to complete any formal training due to poor impulse control, those who do are exceptionally bold and enthusiastic on the battlefield. Not becoming a champion doesn't stop some goblins from dressing up as their favorites, though.

Elves also live on this plane. Kylem elves rely on exquisite fighting technique in combat and are known for crafting elegant and durable weapons. Although elves are less charismatic than other champions, the crowd loves watching them for their sheer fighting artistry. Valor's Reach was founded through the patronage of elven founders, many of whom have wealthy descendants who have benefited from the efforts of their forebears. Elves are the "old money" of Cloudspire, and if they are not elite enough to compete in the arena, they can usually be found in the skyboxes watching their sponsored duos. 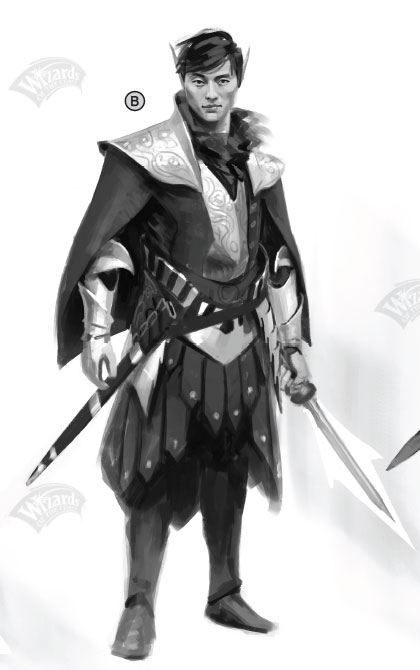 Azra are a new race in Magic. Their distant demonic ancestry is reflected in their facial horns, but their facial shape can shift into a purely demonic snarl when they feel threatened. Wealth, taste, and trickery are the azra's primary interests. They flock to Valor's Reach for the competition on the field and off—lightening the purses of other attendees is just as exciting as watching a match. The azra love anything gold and shiny and aren't afraid to show off their wealth. Thus, most azra become merchants, though others seeking quick coin might turn to a life of crime as rogues, assassins, or mercenaries. 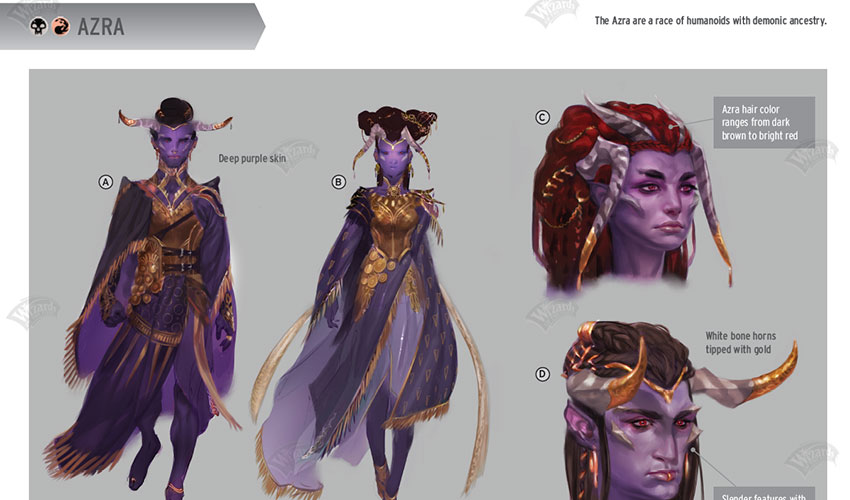 The champion duos are the real heroes of Valor's Reach. On Kylem, they are seen as celebrities, and in the real world, they are legendary creatures you'll be able to play with in Battlebond! These duos play on duo tropes and invert them in fun ways, from familiar pairings (like a tank and assassin) to playful variations (like a kid and his imaginary friend).

Battlebond is a mix between the skill and pageantry of massive international competitions with the team-based combat of fighting games. The world of Kylem is colorful, action packed, and fueled by a love of spectacle. Welcome to Valor's Reach! 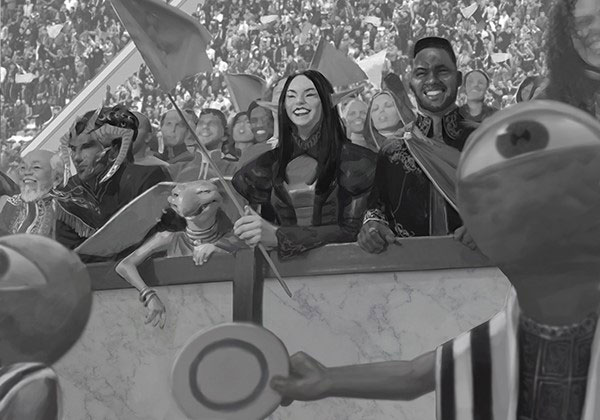