It's time for an adventure!

We've returned to one of the most popular worlds in all of Magic: Zendikar.

It's a world of wild mana, plucky adventurers, and treasures for those daring enough to uncover them.

And what's the best way to take that leap of faith? The Prerelease of course!

If you'd prefer watching to reading, you can find me walking through a lot of this here:

Prereleases are events where it's your first chance to try out the new set—and to me, the heart and soul of the Prerelease experience is the energy of getting those cards and playing with them for the first time. And even if you're just doing that at home, you'll still be doing it with so many other people around the world as part of the global experience and conversation. Thanks to the internet, we're all connected!

If you're a Sealed Deck veteran, you may want to skip ahead to the next section, where I talk about what you can expect for Zendikar Rising. But if you're new to the world of Sealed Deck, or are maybe just looking for a few extra pointers, read on!

While traditionally Prereleases are run as an in-store event, because of the COVID-19 virus, players can pick up Prerelease packs and take them home as a special exception! In fact, we recommend it. In different areas of the world, different rules and restrictions may apply to what can be open—so please take appropriate precautions, be aware of government-level requests, and do only what you feel comfortable with.

And if you're not able to get to a local store for any reason, you can still play on Magic: The Gathering Arena! They will have Sealed events available, and the play experience is still the same, great Magic. It's an excellent time to try out MTG Arena if you haven't already.

Okay now, let's see. You have a store selected, and you've taken a look at all the awesome cards in the Zendikar Rising Card Image Gallery.

Okay. So let's say you've ended up with a Prerelease pack in your hands. What can you expect to get? 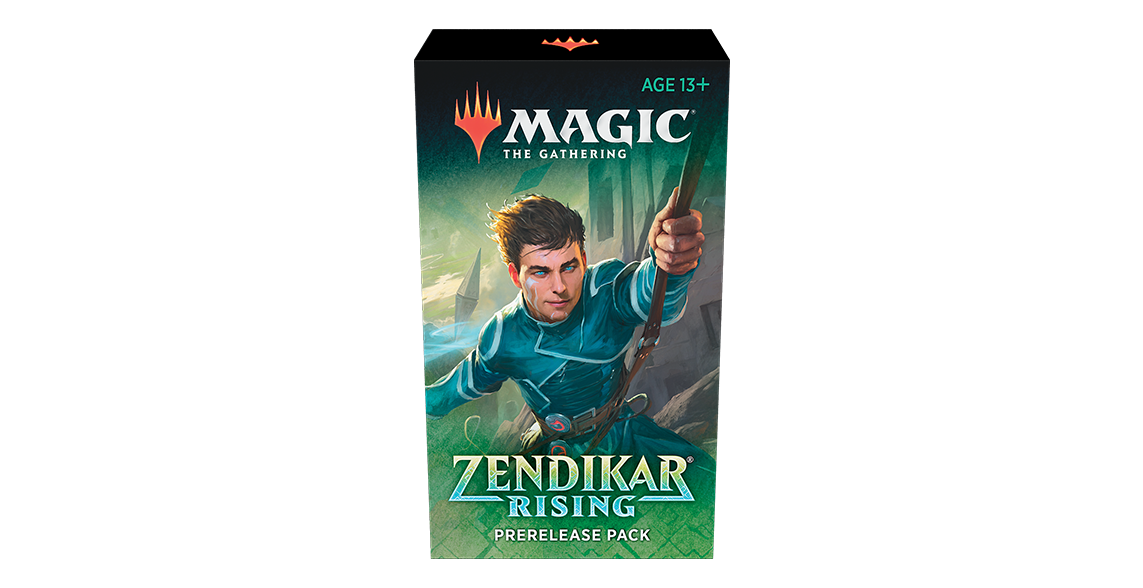 Then, of course, you'll get a couple other goodies—like a spindown life counter to keep track of your life total. Actually, you know what? Let's just crack open a Prerelease pack and take a look! 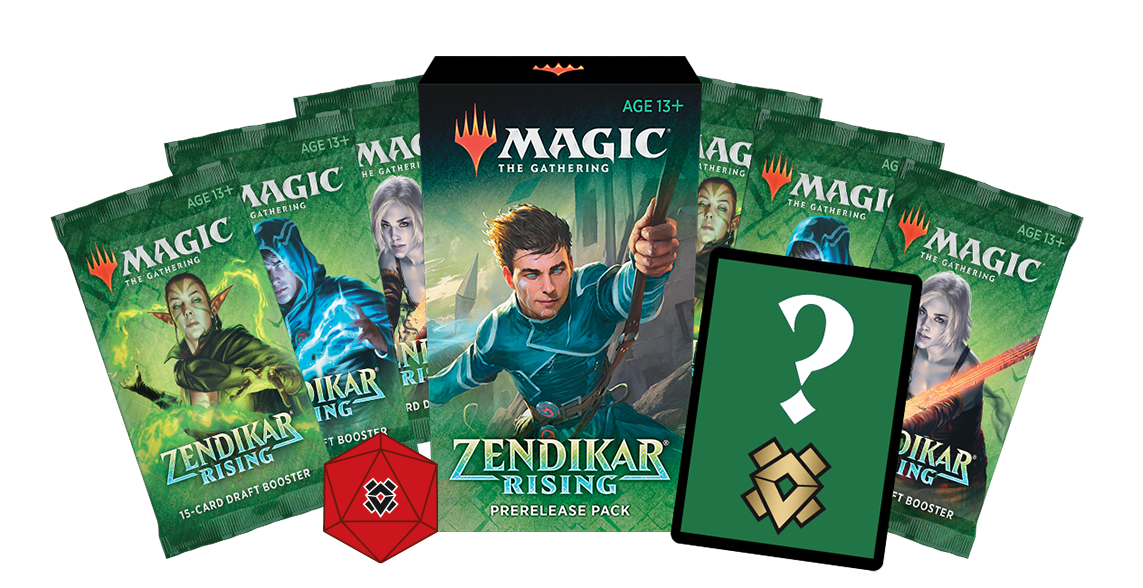 Excellent! Lots of cool stuff for your adventure there.

The first thing you're going to want to do is figure out a method to pick which colors you'll be playing. I recommend playing two colors and about 23 spells. (Though that gets a little tricky in Zendikar Rising, as I'll explain shortly.) You can sometimes "splash" for a third color, but in general, you'll want to pick two to be your core.

First, lay your creatures out in mana-cost order. This helps you see what creatures you're going to potentially be able to cast at each part of the game. (Don't lay your noncreatures out at this point unless they're cards you are planning to play as soon as you have that much mana—for example, you will generally cast an Expedition Healer on turn two, whereas Disenchant isn't usually a turn-two play.)

A good "mana curve" of creatures is crucial to a successful Sealed deck. You don't want to have a ton of cards at any single spot in the curve. It's important for you to have a good mix so you can play your cheap spells in the early game and your expensive spells in the late game. As a very general rule for Limited, I would look to play something like this:

One wrinkle to all of this are the modal double-faced cards in Zendikar Rising. Some of these are cards that are a land on one side and a nonland on the other. For example: 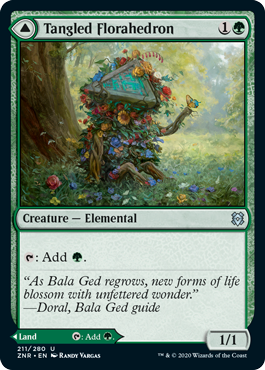 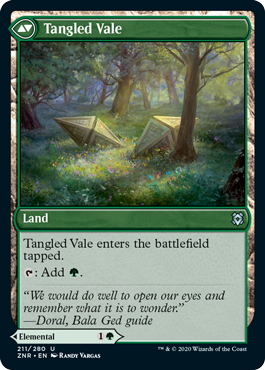 How should you count them? Lands? Creatures? Something else?

Well, it does depend on the card exactly, but I normally count them as a land since you can always play them as one. However, I usually want to make sure to play 18 lands when I'm playing at least one, and if I'm playing more than three, I'm very conscious about how many of my lands will begin entering the battlefield tapped. In general, playing more lands in this format can be great because of landfall, so playing 18 lands as a base is reasonable.

Starting with Throne of Eldraine, we debuted our new "booster fun" initiative, putting alternate, tricked-out versions of specific cards into packs. This continues into Zendikar Rising as well!

There's a special frame that can appear on landfall cards in the set, and each of these has alternate art to boot! Inspired by travel posters and showing off a cool, unique appearance, they look like this: 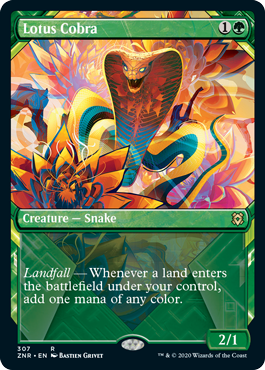 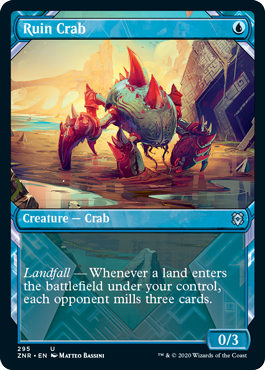 And speaking of the power of lands, some of the marquee lands in the set are the six modal double-faced lands. We made special full-art versions of these for you that you can open as well! Check them out: 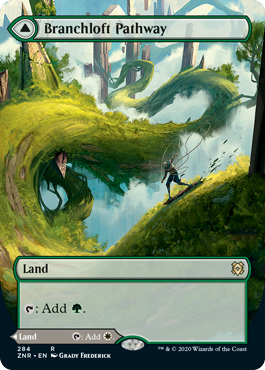 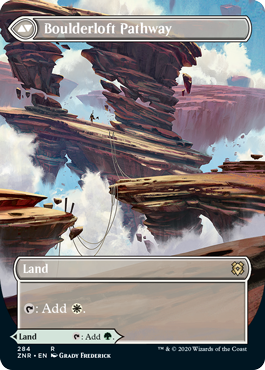 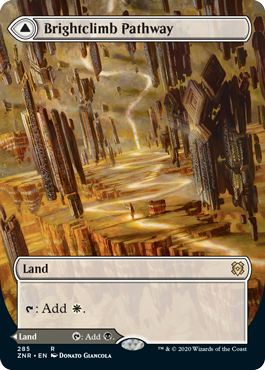 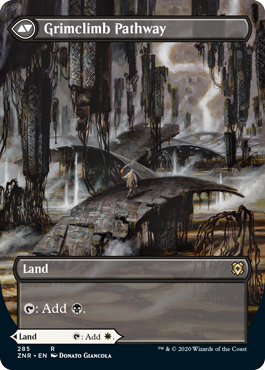 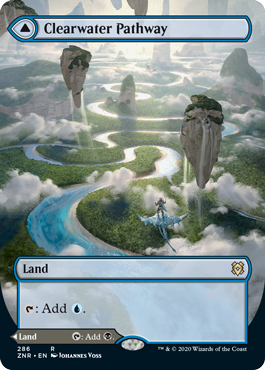 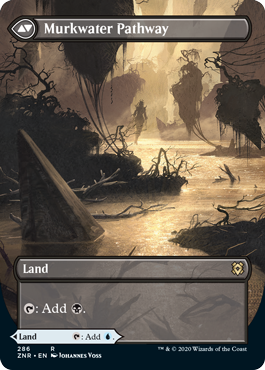 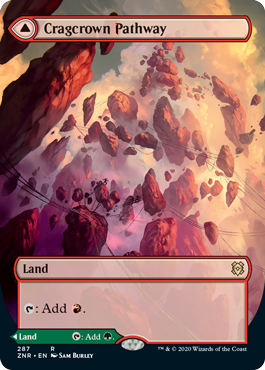 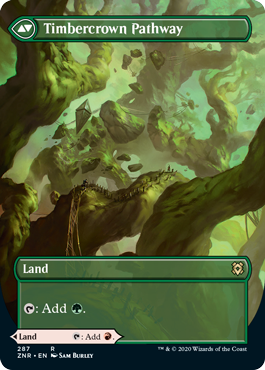 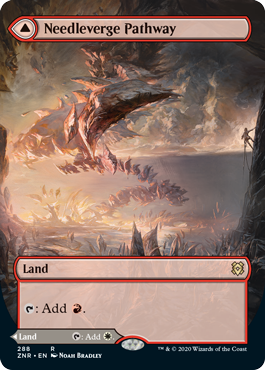 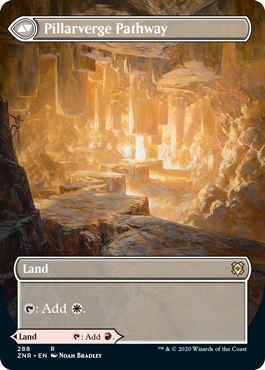 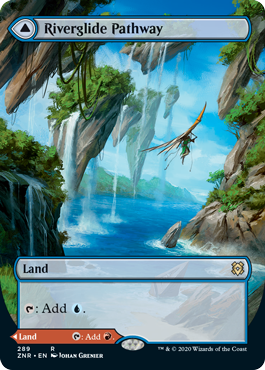 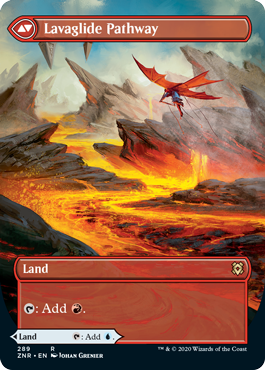 Additionally, the planeswalker cards in the set can also be opened in a special borderless version: 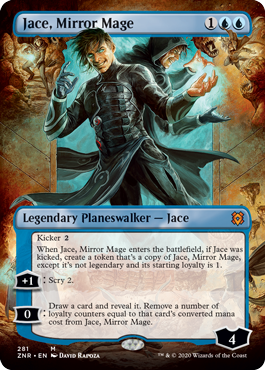 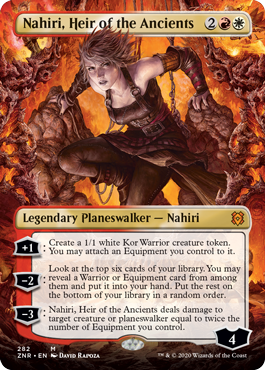 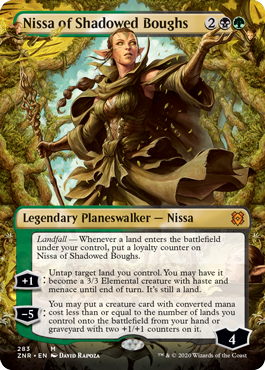 You can find all of these in booster packs!

Additionally, the extended-art cards continue in the Collector Boosters! They'll look like this: 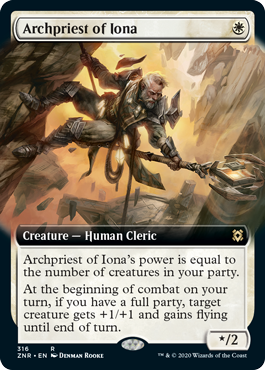 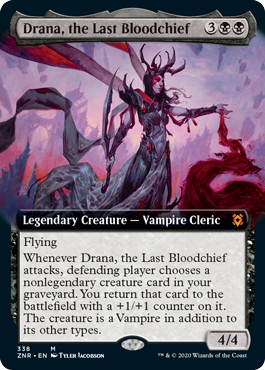 And finally, none of this would be complete without mentioning the reprint lands that you can get in special Expedition frames as a Box Topper and in Collector Boosters. Each Expedition Box Topper contains 1 of 30 of the most exciting lands from the history of Magic—and yes, you can find all ten fetch lands as well. Just check out the gorgeous treatment on the enemy color cycle: 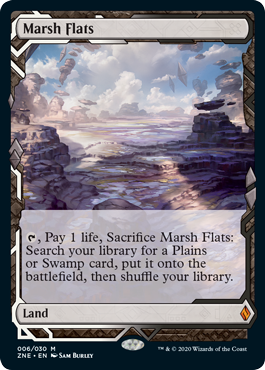 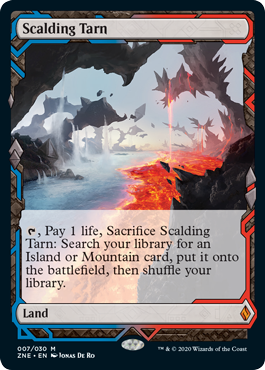 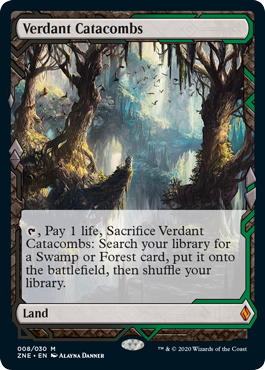 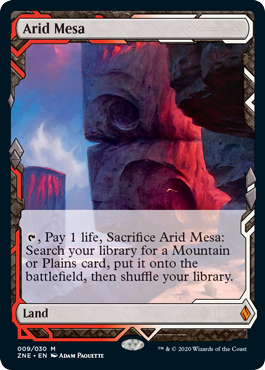 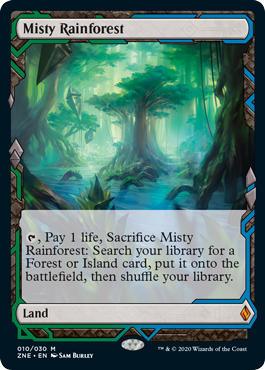 So yeah, Zendikar Rising is jam-packed with goodness and eye-popping variations.

If you're curious on anything else about these cards and the variations, check out Mike Turian's article about Collecting Zendikar Rising.

Well, of course there's Magic: The Gathering Arena and Magic Online, both of which let you play the set from a safe distance. But one other thing you could try is playing over a phone or a webcam!

But now we live in a much different age—an age where webcams are readily available, everywhere from laptops to your cell phone!

Depending on the setup you and your friends have, there are many ways to do this. Check out my article on playing Magic over webcam for all kinds of tips on setting it up—and with places like Discord, Google Hangouts, and Spelltable.com, it's easier than ever to get a webcam game going. 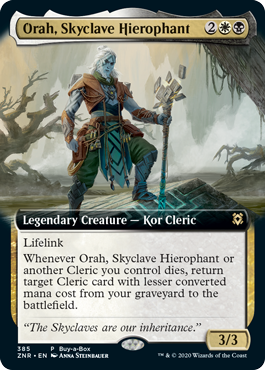 Zendikar Rising also has two Commander decks! Be sure to talk with your store about these as well.

The Mechanics of Zendikar Rising

Zendikar Rising has plenty going on—from old favorites like landfall to newcomers like party! Want a rundown? Here you go!

This is our third visit to Zendikar—and I'm so excited to be back to traditional Zendikar. With the tribal wrinkles of party, a new twist on lands, and lots of really fantastic-looking cards (among much more), Zendikar Rising has all the markings of one of the best sets we've ever made.

I truly hope you enjoy this one. It's going to be incredible!

I hope you've enjoyed Zendikar Rising previews, and whenever you play with the set, have fun!