The Neon Arcade is the hottest spot for the best players in the city. Are you a whiz at pinball? A fighting-game master? A hero of jukebox dance-offs? No matter your play style, this is where you can turn that skill into ultimate gaming glory. So, drop in your coin, rack up all the points you can, and shoot for the stars!

Format: Alchemy Singleton with a High Score emblem with the text: 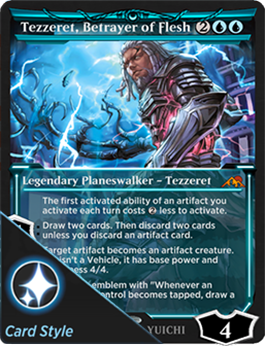 The following soft glow card styles can be earned in this event. Each is equally likely, and you will always receive styles you don't own until you collect them all: