Welcome to Your Magic Adventure with Dungeons & Dragons

By Adam Styborski and Billie Kaplan

Welcome, adventurer! Have you travelled with your party—companions to share and create stories with—in Faerûn? Perhaps you've made friends and foes in a faraway land, with challenges and rewards to follow? Maybe you're hungry to discover something new, both familiar and fresh on a journey you least expected?

Commander Legends: Battle for Baldur's Gate brings the style and flavor of Dungeons & Dragons to the original and best strategy card game, Magic: The Gathering—and we're ready to share this adventure with you.

Magic: The Gathering is a strategy card game with thousands of unique and collectible cards. You build a deck to play with friends in a variety of formats and player totals, from head-to-head, team, and cooperative play to however else you can imagine. Each game plays out wildly different from the last! The unexpected should be expected, and every time you play, you can change your cards and plans, reacting to what you learn and plotting how to take down your next adversary.

Magic reaches across the tabletop into your computer and phone too with the digital platform MTG Arena available anywhere, anytime you want to play.

To learn more about Magic, we've made a site dedicated to understanding the core concepts, basic rules to know, and where you can begin even before your first visit to a local game store.

Check it out now to take your first step—the journey to Baldur's Gate continues below.

What Is Commander Legends: Battle for Baldur's Gate?

Similar to Dungeons & Dragons, there are multiple settings and locations—planes—available to explore through Magic sets. The core rules remain the same between sets, but the flavor, style, mechanics available on cards, and more can vary wildly.

Commander Legends: Battle for Baldur's Gate is our next Magic release—available at your local game store, online retailers such as Amazon, and more—and uses the setting of Baldur's Gate, one of the most famous locations in Faerûn.

It's designed for group play with the Commander and Commander Draft formats, but its cards and mechanics will work with other Magic formats as well—just like mixing and matching your favorite elements from Dungeons & Dragons supplements.

What Is the "Commander" format?

Commander is an incredibly popular way to play Magic that typically starts with four players, each building a deck around a legendary creature—their "commander"—and battling in a turn-based, free-for-all showdown. You might think of building a commander deck a little like building your D&D character, with your commander as your hero and the spells and creatures you choose representing all the little choices that make up that character. 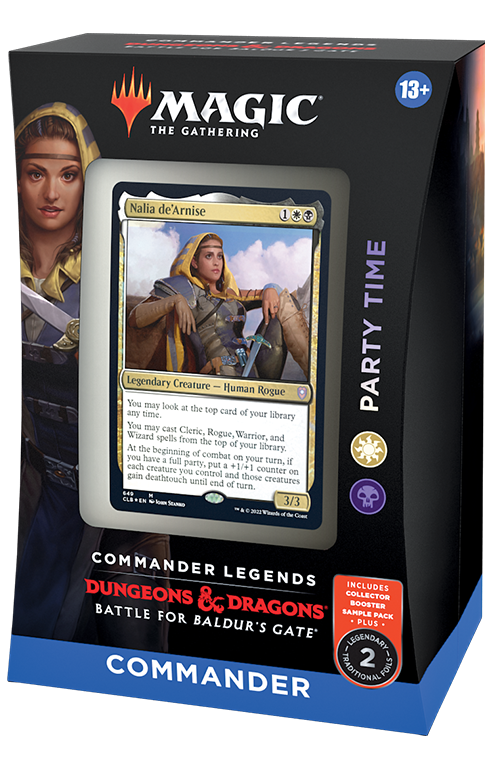 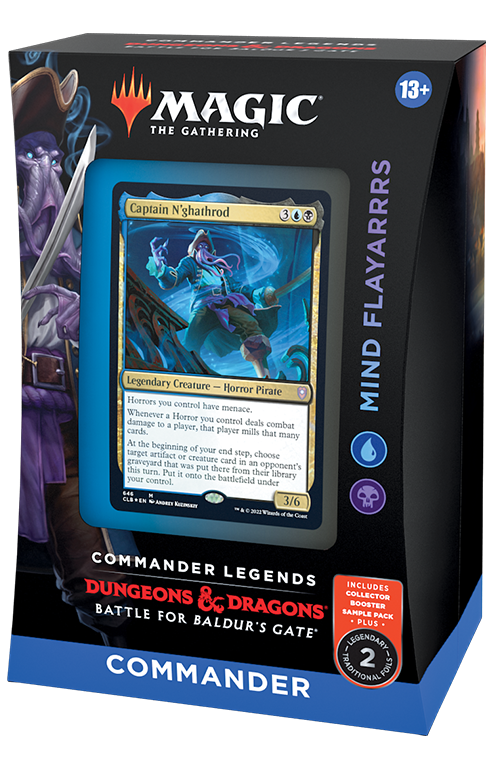 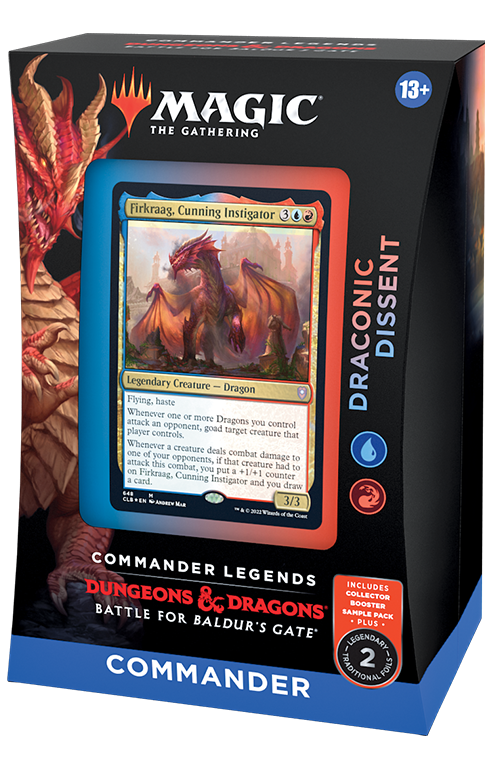 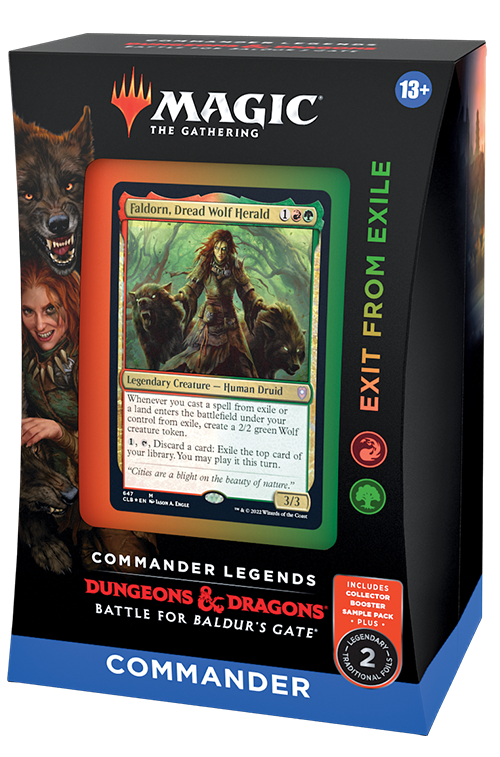 Not sure where to begin with your deck? You can jump straight into the mix with a Commander Legends: Battle for Baldur's Gate Commander deck that is ready to play right out of the box and includes multiple options for your commander. Even prebuilt options are packed with potential for your own customization and choices.

What Is the "Draft" Format? How Does it Differ from "Commander Draft"?

In Draft, each player builds their deck on the fly by picking cards one at a time from fresh boosters. Commander Draft takes this a step further, letting you pick two cards at a time to build a 60-card deck around the commander you've drafted to lead your forces. 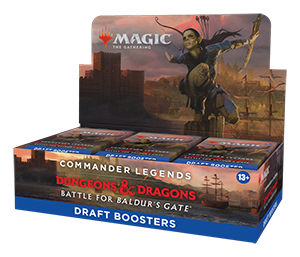 Looking to get started? One Draft Booster Display of Commander Legends: Battle for Baldur's Gate is enough for eight players to draft and play together. Once you get one game in, mix up the groups and play again! How everything plays out will vary game to game, especially as different decks face each other.

Best of all, once you're done with your draft session, everyone will walk away with a great start to their own 100-card Commander deck for the next gathering!

Whether it's from your local game store or an online retailer, Magic has an incredible catalogue of releases going back years—and planned for years to come—to explore. Ask what your friends enjoy. Discover new cards to try. Plan another Commander Draft and build something new.

Commander Legends: Battle for Baldur's Gate puts the familiar world of Faerûn in your hands, but the adventure you embark on is something your whole party will decide.

Check out more amazing details about the set and plan your next step now:

Introducing your friend to Magic: The Gathering? Looking for a recap of the helpful resources we've included in this post? Here's where to get rolling for Commander Legends: Battle for Baldur's Gate:

Finally, tune into the Dragon Talk podcast on May 18 or join us on one of the following dates* on the Magic and Dungeons & Dragons Discord servers to hear more about the set, the game, and get your questions answered!

(Note: While unexpected, dates, topics, and guests subject to change.)

Whether it's with your new character in another Dungeons & Dragons adventure or your Commander Legends: Battle for Baldur's Gate deck, we'll see you soon in Faerûn!