tarting a week from today you'll be able to purchase your Journey into Nyx Intro Packs at your local game store! Each Intro Pack comes with a deck that you can immediately shuffle up and play against your friends, as well as two fifteen-card booster packs from Journey into Nyx so that you can start modifying the deck right away. Here's a look at the cardlist for each deck. 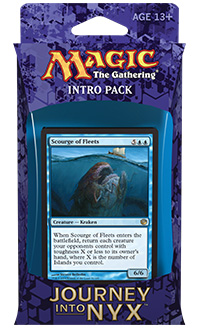 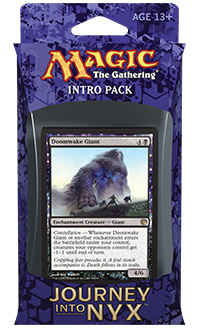 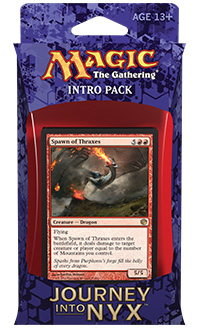 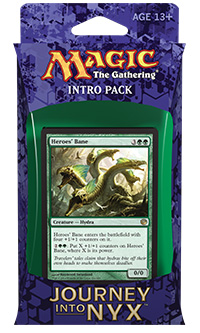